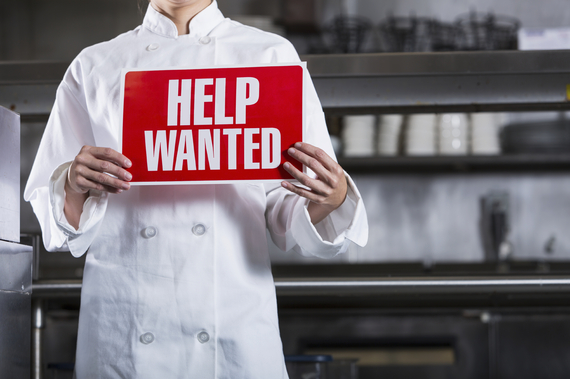 In Tuesday night's State of the Union address, President Barack Obama challenged the country to "do more to restore the link between hard work and opportunity for every American." He included many worthwhile ideas for reviving the promise of work -- from raising the minimum wage, to addressing the need for childcare, to improving education and training -- and reminded us of "the values at stake in the choices before us."

Core American values -- of opportunity, hard work, responsibility, and fair play -- are called into question when 10.6 million working Americans live in poverty and tens of millions more have incomes just above that threshold, but to date our choice has been to do very little to protect those values. New ideas are needed to restore the promise of work.

The Economic Opportunities Program has highlighted a range of the ideas that Obama touched upon in our "Working in America" series. We have discussed the challenges faced by the lowest earners and how raising the minimum wage would influence opportunities for some of the most vulnerable workers. We brought attention to the difficult challenges working families face in managing childcare and the difficult choices the 43 million working Americans who lack paid sick leave face when they fall ill or need to care for a sick child.

We also considered ideas for transportation systems to improve the ability of working people to get to jobs. We noted the particular challenges younger workers face in the American economy today and ideas to address this challenge and unleash the potential of this next generation. And we spoke with leaders of great companies and discussed what business can do to create good jobs that offer a chance for people willing to work hard and to learn new skills to earn a decent living.

We were fortunate to bring business leaders and scholars, worker advocates and educators, public officials and foundation leaders into these conversations in order to explore a wide range of ideas to address the critical challenges our country faces as we seek to restore economic opportunity.

For most Americans, work is their major source of income and often a source of identity and pride. But work is also changing, and the truth is we don't know what the future of work will look like. The challenges are complicated, but all sectors can, as Obama said, bridge the gap between hard work and opportunity.

In an era in which worker productivity has risen, yet wages have stagnated all while profits are higher than they have ever been, it is clear that the value of hard work is under threat. This challenge has been brewing for decades, but it requires action and choosing a new direction if we are going to restore the promise of work. As Obama said, "Imagine if we did something different."

Indeed in many parts of the country, we are trying out new ideas. Massachusetts, California, and Connecticut have established paid sick days. Oklahoma has adopted universal pre-K and is a leader in early childhood programs. South Carolina has advanced opportunities for apprenticeship and on-the-job learning. Minimum wages are now above the federal standard in most states and seven have eliminated the lower wages for tipped workers.

It is not just governments trying to improve opportunities -- several companies announced raising wages within the past year, including GAP, Ikea, and Aetna. And companies like Costco and QuickTrip have been succeeding with a strategy that offers workers better-than-average wages and benefits for quite some time. Too often we begin with old assumptions about what government can accomplish or what business can do; we need to cast fixed ideas aside and remain open to learning from these examples, and many more, in order to find our way to restoring the promise of work.