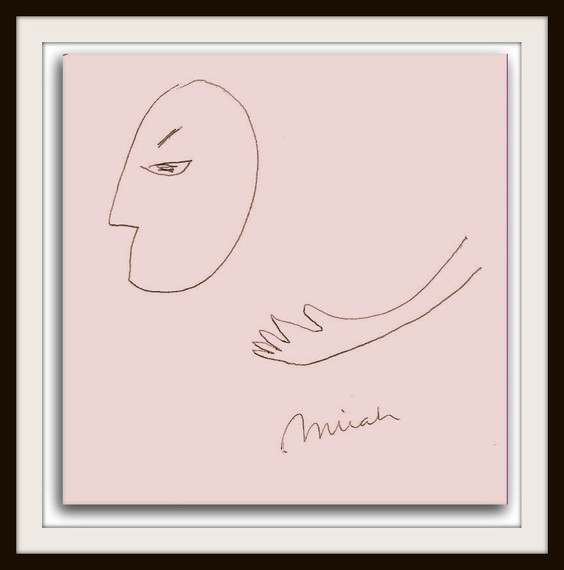 What type of news filters into your day? Is it about the latest in the political campaign, about terrorist attacks around the world, about trials, crime in your city, or perhaps business news, news about the economy, or the changing planet? Whatever news filters into your day, it is a force shaping our reality, or should I say -- what we call our reality. In conscious or subtle ways, what we learn about "what is going on" colors our perceptions, our interpretations of other news, and influences our reactions and our behaviors. While mostly unaware of the mechanism, we become victims of our environment, spectators of a movie we didn't script, and actors improvising, doing "the best we can."

This is the perfect setting for a stressful life. We feel dis-empowered in relation to what happens "out there," because it is not within our control. We suffer it, bottle up emotions to keep going and take on the tasks of the day. As if nothing had happened. At times we have a catharsis of feelings, and something minor can become the trigger for a passionate outburst. What we fail to notice is that what happens is never to blame for what we think or feel about it. The chemical reaction in our body following any stimulus, which sends a rush of loaded blood into our brain, lasts not more than 60 seconds on average. After that, it's all our choice. Meaning there is another option.

This option becomes clear when we realize that we actively interpret and make meaning out of what we hear, see, or experience. This is very familiar, actually: How many times have we been in the same room with others, and had a totally different recollection of what happened? We choose how to make meaning. We decide how to feel. We may not think we are in control of our thoughts, but we actually allow some, but not, others. So we are in control of the thoughts we entertain.

Now looking again into the news that filters into our day: How does it describe the world we want to live in? Do we feel expansive or constricted? Flourishing or withered? Trustful or suspicious? Generous or threatened? Is the best of us coming into expression, or rather the opposite?

During a recent conversation with a colleague working as an executive coach, she reflected that her clients feel better as they learn to adapt to, and live with, their challenges. But, she mused, what if instead of adapting to a bad situation, we transformed it? If instead of accommodating ourselves to what is "wrong," we would put our efforts in creating new 'rights'?

This is what I thought when a friend talked about the "movement of compassionate communities." When Karen Armstrong launched the movement a number of years ago, she invited individuals to sign a pledge called the Charter for Compassion, and invited cities to become "compassionate cities." What the pledge was suggesting was that people practice caring for others, acting in ways that could benefit those who were in need, and meeting strangers with an open heart. The pledge invited people to be their best.

The message was simple: "We believe that a compassionate world is possible when every man, woman and child treats others as they wish to be treated -- with dignity, equity and respect." This is at the core of every belief system, every religion. It is also what your mother taught you. And it caught on. What started as an invitation to cities, expanded to include neighborhoods, villages, towns, counties and even countries. To this day, 50 countries have adopted the pledge and have become Compassionate Countries. Starting with an individual wanting to make a change, the movement has a suggested process, although it proposes no prescriptions beyond trying to engage others and respect differences, and seek consensus. Every group identifies what compassion means for them, asking, "What is uncomfortable around here?" The question might address beatitudes towards orphans, the homeless, a lack of gender equality, quality of water, ethnic discrimination, you name it. Once the group has identified and agreed what is uncomfortable, individuals are invited to seek remedies. Decide, plan, act.

Every community finds its own version. In Botswana is became Botho -- the Compassion Movement, based on the traditional concept of Botho: "I am because you are". In Karachi, Pakistan, it became "I am Karachi: United for Peace." The city of Djibouti in the horn of Africa proclaimed April 5th as Golden Rule Day.

Over 320 communities around the world became Communities of Compassion. They are looking at what causes pain and suffering for them, and are deciding to do something about it. This is empathy in action.

HH The Dalai Lama reflected that the twentieth century everywhere revealed a culture of violence in resolving difficulties and conflicts, which caused devastating human suffering. The challenge before us is to make this a century of dialogue and peaceful co-existence. Co-responsibility may be the most important lesson of our time, the understanding that we are all connected, and that we will rise together, or sink together. Something that the shamans of the Peruvian indigenous culture of Shipibo knew all along: "Healers maintain relationships between the human and non-human parts of the ecosystem, as well as between the material and spirit realms, ensuring that all parts are relating together harmoniously. An individual is perceived as healthy only when all of these spheres and all of their relationships are functioning well," writes Director of Alianza Arkana, Dr. Paul Roberts in his article "Learning from the Peruvian Amazon."

So, what is the world you want to live in? It seems that the first step each one of us can do is simple. It just takes the decision to do it. Transforming our passion into compassion.

Compassion Stress Healers Dalai Lama Karachi
This Blogger's Books and Other Items from...

Exploring my soul
by isabel rimanoczy

Big Bang Being: Developing the Sustainabilty Mindset
by Isabel Rimanoczy