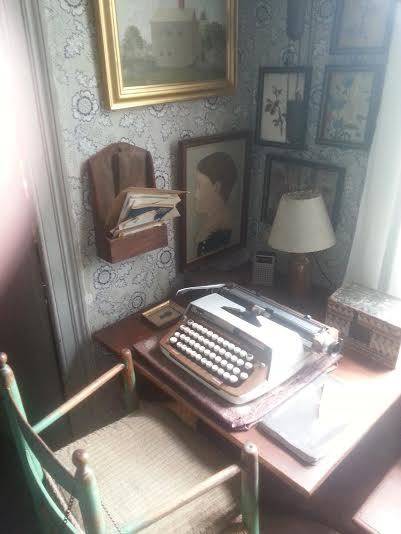 It's tempting to believe that novelists who have already published books know "the secret." But every novel, whether it's your first or fifteenth, poses different challenges. Even the most experienced writers get stuck in dark alleys and thorny woods as they lose their way.

I'm about to publish my sixth novel, Folly Cove, this fall, and my means of feeling my way out of those slimy or prickly places is pretty simple: I read other people's books and keep learning. This past week, I've read four novels that have taught me there really is only one rule in fiction: If it works, do it!

Rule #1: Never Weigh Your Novel Down with Flashbacks

Most writing teachers will advise you to ditch your flashbacks, especially early in a book, because flashbacks can rob a novel of its forward momentum. While that's generally true, it isn't always. I just read the mind-blowing Eleven Hours by Pamela Erens. Told from two points of view--both pregnant women--this plot focuses on how one woman, a nurse, will help the other give birth in a hospital when she arrives alone. Because the novel starts in real time, the back stories of these two women is told largely through flashbacks until we reach the present. Yet, because Erens tells those stories as "real time" anecdotes, they don't read like flashbacks at all. We're kept moving forward toward the crucial birth scene, which is tensely riveting. More importantly, Erens raises this novel above the ordinary with her lyrical prose, especially in the powerful final third of the book.

Sure, we all like happy endings and clear conclusions--that's why we watch romantic comedies and crime dramas on TV. However, as I learned from finishing Jennifer Brown's amazing debut novel, Modern Girls, this past week, sometimes a novel is more powerful if you create an ending that leaves the reader drawing her own conclusions and journeying forward with the characters in her imagination. I won't say more about Modern Girls here, other than to urge you to read it for Brown's gripping portrayal of immigrant Jewish families in New York City as World War II heats up and women are still struggling for independence from society's expectations.

Rule #3: Historical Fiction Must Be Well-Researched and Accurate

This is one of those "sort of" rules, in the sense that, yes, historical fiction, by definition, sets a story in the past, with characters who are based on real people, so if you're writing in this genre, you'd better love research. Frankly, I've always avoided reading historical fiction because I never knew what I could believe. Why not read actual history? Or at least biographies? Lately, however, I've been reading more historical fiction because I'm actually trying to write it--yeah, yeah, shoot me now--and I've discovered an important rule to break: yes, writers should research their material so the facts are accurate, but sometimes, for the novel's sake, it's better to forget what you know. Recently, for instance, I read the brilliantly compelling House of Hawthorne by Erika Robuck. The novel is told from the point of view of Nathaniel Hawthorne's wife, Sophia Peabody, and is a stellar example of this: there are just enough facts here to trust that Robuck knows her stuff, but we are always securely in Sophia's point of view, that of an artistic woman from a progressive, feminist family who chooses to support her great love and raise his children rather than devote her life to creating her own art. Because Robuck doesn't overwhelm the novel with research, it becomes a profoundly universal tale of a woman who struggles to maintain her own identity despite nearly subsuming her own desires in family life.

Rule #4: Your Characters Must Be Likable

Well, yes and no. One reason I have trouble watching Game of Thrones is because, as brilliant as it is, all of the characters I want to follow keep dying. Many readers have told me they won't read novels unless they like the characters, because life is too short to spend time with people you don't like, even on the pages of a book. However, writers who create the most memorable characters in fiction are usually those who do NOT make their characters completely likable, but instead give them flaws they must overcome by the end of the novel. Last week, for example, I read a gripping mystery called Missing, Presumed by Susie Steiner. Manon, the lead detective on the case of a missing young woman, is a real screw-up: estranged from her own family, unlucky in love, and prone to saying mean things when drinking. She even botches a key facet of the investigation and inadvertently causes another death. Yet, despite her being such a train wreck, Steiner gives Manon's character so much heart that we root for her even as she slides deeper into her mistakes.

All right, so what's that Golden Rule for writing novels? Here it is again: "If it works, do it."