Race and ethnicity have always created a dividing line in the United States, and it's no different with the gender pay gap. The pay gap affects all women, but it doesn't affect all women equally. The latest edition of our research report, "The Simple Truth about the Gender Pay Gap," presents the facts about the pay gap between women and men, showing how race and ethnicity, as well as gender, affect pay. 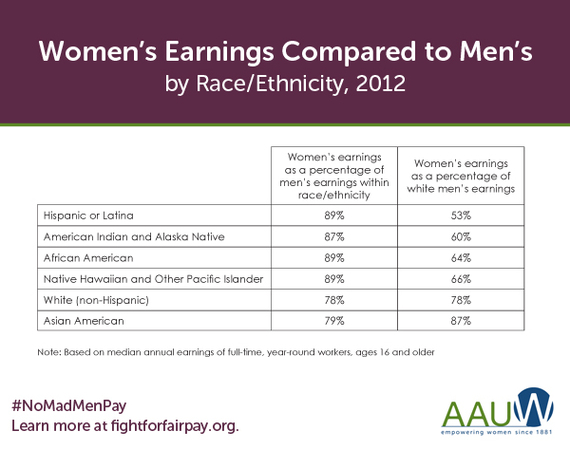 So, you might ask (and Essence magazine did), What causes African-American and Hispanic women to be paid less than white and Asian women?

Education is part of the reason. African-American women are less likely to graduate from high school or college than their white peers. Lower graduation rates mean that many African-American and Hispanic/Latina young people enter the workforce with one hand tied behind their backs. 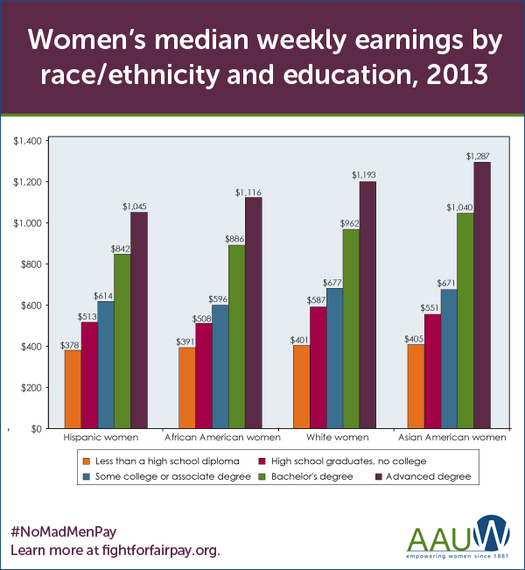 Still, while education improves take-home pay for everyone, African-American and Hispanic women tend to be paid less than their white peers even when they have the same educational background. This tells us that educational background isn't the whole story. Another possible explanation is discrimination, whether overt or implicit. Both forms of bias can affect take-home pay. In some ways, implicit bias, or bias that you are not aware of, can be especially problematic -- you can learn to compensate for known biases, but you can't overcome a problem you're not aware of.

The gender pay gap affects all women, but for African-American and Hispanic/Latina women, it is a steeper climb. Luckily, there are actions you can take to help narrow the pay gap, especially for women of color.

Visit fightforfairpay.org to learn more about the gender pay gap, how it affects you, and what you can do to take action for equal pay.