Although we welcome Santa into our homes and hearts this time of year, carefully choosing his favorite cookies (chocolate chip, despite the ongoing snickerdoodle rumors) and waxing eloquent on the magic he uses to shove his girth into the chimney, we know very little about Santa in his role as aviator.

Sure, Santa's been flying for years. He's one of the original aviation pioneers, after all. But specific information about how he coordinates his flights and manages his crew has been in short supply. Despite NORAD's very cool Santa Tracker, scientifically-minded kids want to know more. How does Santa navigate from place to place? By what means does he avoid mid-air collisions? And what does Santa do about safety?

To that end, former Marine Corps aviator and retired commercial airline pilot, Ian D. McDonough, who flew many, many Christmas Eve nights, agreed to give us the insider's scoop on Santa the aviator and what's actually going on up there. 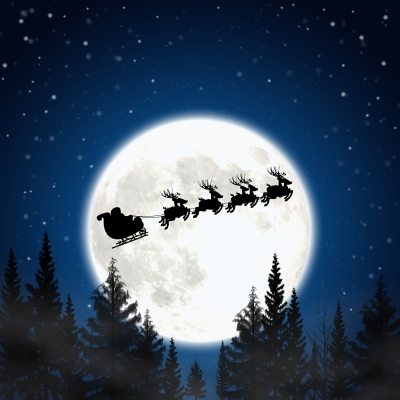 A version of this post was originally published at the Five Kids Is A Lot of Kids blog which can always be found at waypoint: CHAOS.

More:
Federal Aviation AdministrationKidsParenting NORADAviation
Newsletter Sign Up
Raise the kind of person you'd like to know
Subscribe to our parenting newsletter.
Successfully Subscribed!
Realness delivered to your inbox

Writer, humorist at the Five Kids Is A Lot of Kids blog, bethwoolsey.com