by Drew B. James, Teen Vogue 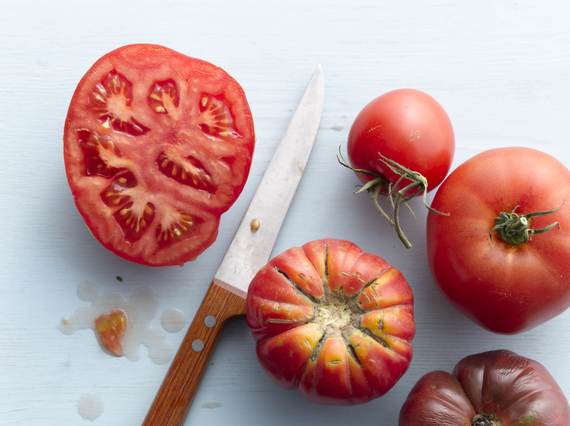 'Tis the season to be less frozen, so let's warm up to some delicious foods that are coming in fresh this spring. According to the Cleveland Clinic, in-season produce generally has "more vitamins, minerals, and antioxidants than foods harvested before they're ripe and then shipped long distances." It's not a fad, either, as this is literally how our forefathers ate, and many of the best restaurants in the world now grow their own produce, and change their menu seasonally. Even the White House kitchen has opened their own garden to supply food for most presidential meals. When you eat produce according to its seasonal availability you are doing a lot more good than just nourishing your body. In a much broader sense, you're helping to sustain human life on our planet.

Michael Pollan, who is a writer and activist, authored the book The Omnivore's Dilemma in 2006, and shed light on the major flaws that have developed in the food industry on a global scale. One of his favorite "shock sentences" is telling people that sustainable eating is actually the cheapest way to dine. He explains that many times we fail to include the total price of our food in our budgets. For example, transporting food and ingesting preservatives that help our meals travel that far will cost us more in the long run than if we just eat seasonally. Not to mention, these long hauls pollute our planet.

If you find a local farmer's market or join a co-op food share program (or if you're my mother you do both), you can affordably gain access to fresh produce that is sustainable by nature. To give you a little jumpstart, we've compiled a list of vegetables that are coming into season this spring based on your region of the country. So go support your local farmers, sustain your planet, and enjoy delicious foods -- you deserve it, and your wallet will thank you.

"To eat with a fuller consciousness of all that is at stake might sound like a burden, but in practice few things in life can afford quite as much satisfaction." ― Michael Pollan, The Omnivore's Dilemma: A Natural History of Four Meals

See The 8 Fitness and Health Bloggers You Need to Know Now on TeenVogue.com