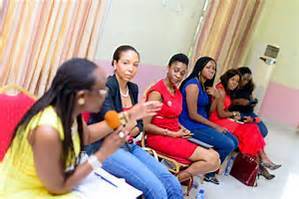 The gig economy is alive and well, and disruptive innovation has empowered many to earn money driving for Uber or by monetizing their home as an AirBnB rental. But there is a deeper value and sustainable role in the start-up and entrepreneurship culture that is impacting the global landscape more than you may have considered.

Steven R. Koltai is the author of "Peace through Entrepreneurship: Investing in a Startup Culture for Security and Development" (Brookings Press, 2016). He is a successful repeat entrepreneur and was Senior Advisor for Entrepreneurship in Hillary Clinton's State Department and is currently a fellow at two Washington think tanks; the Brookings Institution and New America. I recently interviewed him on my podcast, Your Working Life and the conversation transformed how I think about entrepreneurship.

How can entrepreneurial start-ups lead to security and development on a global scale? According to Koltai in a recent Harvard Business Review article:

"Because entrepreneurship reliably generates jobs, and joblessness -- especially among young people or failing states - is probably one of the most significant root causes of the unrest and extremism vexing American foreign policy and threatening American security today. My research into entrepreneurship's role in job creation, my professional life as an entrepreneur and investor, and my experience as a one-time government official have led me to one conclusion: Entrepreneurship can solve big problems, but our government has not adequately leveraged this American-as-apple-pie tool in its foreign policy."

Why Entrepreneurism is Good for You

The U.S. economy reversed a five-year downward trend in startup activity in 2015 with a big jump in the number of new entrepreneurs.

With the largest growth in two decades, American startups are on the rebound, according to the 2015 Kauffman Index: Startup Activity.

Koltai believes there are some key reasons why entrepreneurism is a positive thing:

•Entrepreneurs are the same person all over the world - just think, you have something immediately in common with someone from Ghana or Chile or Thailand or Barbados; Israeli, Palestinian, Shia, and Shiite entrepreneurs are the same person too
•If you care about empowering those not normally born to privilege (like many women in developing countries, or those outside the top .1% of the privileged few), entrepreneurship is just about the best way to give people a leg up
•Entrepreneurial ventures are historically the single greatest path to wealth - for both entrepreneurs themselves as well as the investors who invest in them
•Entrepreneurship is the indispensible "bridge" between innovation and commercialization. Innovation without entrepreneurs usually remains in the laboratory, classroom, or academic journal

The Role of Global Governments

Koltai believes that government is indispensable to entrepreneurial success, both in the U.S. and abroad. Governments provide the rules of the game - regulations, institutions, judicial systems that give business (and investors) confidence to act. They also invest in high-risk fields and in realms where future benefits are currently unknowable. And so it is not unreasonable to involve government in entrepreneurship promotion - as has always been the case in the United States.

Apple Pie and the American Dream

In 2014, over $600 billion was spent on private contractors - all across the board from cleaning offices to fighting wars. The U.S. government is thus the biggest customer in the American economy; its annual procurement spending is ten times greater than AT&T's and exceeds Walmart's yearly revenues. Yet, the method we use for contracting (federal contracting and procurement rules) is grossly broken. "It's like trying to 'turn a screw with a rubber screwdriver.' No wonder Healthcare.gov didn't work!" - says Koltai.

When a Mouse Dances With a Hippo

Similarly, while small entrepreneurial businesses have long been admired to be the engines of America's wealth and creativity, it is virtually impossible for them to work with the U.S. government when it comes to procurement. This what Koltai calls a "mouse and a hippo dancing with each other." With the Presidential election only a few weeks away, it's opportune to look at both candidates' approach to global entrepreneurship. Over the last year, Hillary Clinton has amassed what many are calling an innovation army. She has quietly assembled a national network of tech and telecom advisers, subject matter experts and influencers in the entrepreneurial sphere. Donald Trump has undefined efforts on this front.

According to a Politico Report:

"Clinton's advisers have been charged with helping to craft the campaign's policy agenda, and they've been organized into working groups, like ones on the disruptive economy and broadband competition -- as well as one called "Rules of the Road," which is looking at ways to remove regulatory hurdles. Among those lending their expertise (sometimes via Google Hangouts) are Bill-Clinton-era Patent Office director Q. Todd Dickinson, former start-up exec Lorraine Hariton, and former State Department entrepreneurship adviser Steven Koltai.

A Clinton campaign spokesperson explains the sprawling network is "a way to make sure our technology and innovation policy agenda presents a clear and comprehensive vision for the country."

Additionally, Clinton has revealed her small-business plan of cultivating 50,000 entrepreneurs in underserved communities with online lending as an alternative funding resource. The proposal aims to make the tools for small-business starters more user-friendly and she would quadruple the start-up tax deduction to lower the financial barriers faced in founding a company.

A Soccer Ball That Lights the World

Entrepreneurs have the power to change the world. Jessica Matthews and Julia Silverman were paired together as juniors at Harvard in an engineering class for non-engineers. Challenged to create something that combined art and science to ease a global problem - they developed Soccket, a soccer ball that harnesses kinetic energy with every kick to it and can power a lamp for three hours from just 30 minutes of play. The two later founded Uncharted Play.

"No one was paying attention to the importance of play. Amplifying existing enjoyment to make the world a better place," is how Matthews described their idea. But packing technology into an airless ball that looked and moved like a normal soccer ball was not easy.

First, they stuffed a shake-the-charge flashlight in a hamster ball and shook it--and sure enough the light was charged. Using this concept but in a soccer ball, they took their prototype out into the world to test it with the pros: 10-year-old kids playing in fields, at playgrounds and on slabs of concrete in Nigeria, South Africa, and Brazil, places where soccer is omnipresent but electricity is not.

Today, the Soccket is in its seventh iteration and is highly praised from both the developing world and engineers alike. Former President Bill Clinton even hailed Matthews at the Clinton Global Initiative. "If ever there was an innovator, she is it and she came up with an idea for clean energy that hardly anyone else has before!"

The ball is distributed in six countries through local nongovernmental organizations, who are making sure it gets to the communities that can benefit the most. Yahoo! followed the ball to the small village of Yohualichan in Puebla, Mexico. Besides having a shiny new ball to play with, the indigenous kids used it to do their homework. The women used it to cook and sew after sundown, helping them sustain their main source of income. From the kick of a ball, the reality for these families was flipped around and their lives were forever changed for the better.

"In the developing world, the ball becomes a symbol of empowerment," Matthews said. "It's about your happiness in the now [while playing], and a hope for a better tomorrow."

Let There Be World Peace

As we look to a new 2017 Presidential administration and the continued aspiration to end extremism, terrorism, and foreign threats to American security, it makes sense that joblessness, not religious or cultural conflict is the root cause of world unrest. Perhaps the greatest foreign policy tool moving forward is entrepreneurship and empowering global citizens with the sustainable tools and resources to provide for their families. Peace though entrepreneurship will help bolster start-up activity in fragile and developing markets to generate economic opportunity for people living in unstable environments around the world.

Speaker, Author and Executive Coach Empowering Women to Thrive in Life and Career