"Talking some trash to the secretary
Saying 'Hey now mama, come on over here...'"
-Jim Croce

Former Kentucky state trooper Joey Stidham runs a high-powered accident reconstruction and investigation firm and posted something on his Facebook page (assumedly after hours) about a recent case that he worked out.

In a wrongful termination dispute, he was able to show that an employee had spent 63 percent of their time doing social media activities not related to work.

End of case. End of story.

I've spent my adult life helping attorneys or insurance carriers settle claims. About 20 years ago, I came to the conclusion that the hottest field for people who offer structured settlements would be wrongful termination claims.

In fact, I said it while speaking at the annual convention of National Structured Settlement Trade Association.

Just like Fonzie, it's hard for me to admit that I was wrong, but I was wrong. Wrongful termination remains a small part of the structured settlement universe.

I had good reason to come to my conclusion. Tax laws had changed and non-physical injury claims became taxable. It made sense (and still makes sense) to spread a tax risk over time rather than to hit the highest brackets with a lump sum.

It was also the time after the Clarence Thomas-Anita Hill battle over his confirmation hearings. That was a landmark in changing how office behavior took place and the heightened awareness of what was harassment would increase the number of cases.

Jim Croce, one of my favorite songwriters, wrote the line, "talking some trash to the secretary, saying 'hey now mama, come on over here,'" in the early 1970s. He would not have written it after the Clarence Thomas hearings.

He probably would have skipped the song, "Five Short Minutes of Loving, Done Brought Me 20 Long Years in Jail," too.

What I failed to understand at the time is how technology would change the workplace. Your employer can track every breath you take, every move you make.

And people made it especially easy when they spend the work day on social media sites.

I spent 10 years as a syndicated columnist, just as social media was starting to emerge, and it never failed to stun me how many people would write to me from their workplace. I had "regulars" who wrote to me every week. It was obvious that they had jobs as most of them sent email from their business or government office email address.

I wrote a 750-word column. I had several people who responded to the column each week with answers that far exceeded the 750 words I originally wrote. It had to have taken a couple of hours to respond, but I could almost count on seeing them each week.

If they were ever trying to sue for wrongful termination, the excessive social media time makes it easy on the employer to prevail, even if the other merits of the case are valid.

Of course, email and social media can dramatically help a litigant as well. It's no longer "he said, she said." It is what they both said with reams of documentation.

It can often come down to who best documents their side of the story. When I saw an (actual) situation where an adult who supervised teenagers wrote a long, very detailed Facebook message describing their "love" in graphic detail, I told the insurance company defending his employer one thing: bring your checkbook.

I guess the good news is that he sent a message instead of posting to his Facebook wall. His employers paid a hefty settlement and he will have a long time to think about it, as his "love note" got him a long stretch in the pokey.

Instead of making love, he will be making license plates.

Posting on a Facebook wall during work time seems like a stupid thing to do, but people do it all day, every day. Yes, I do it myself, but I am self-employed. I'm not hurting my employer.

People seem to be getting smarter. I first got on Facebook when it was opened up for non-college students, but some of my younger friends did not get the message that the adults had arrived. One intern at a newspaper that carried my column posted, "I think I am still drunk, even though it's 11 a.m. and I am at work."

I called her (Facebook lacked that sense of urgency), explained that she needed to delete the post and get someone to drive her home. She took it one better and deleted her entire Facebook site, which seemed to do the trick. She stayed employed there for many years after.

But the worst Facebook post I have ever seen (presented in the middle of a mediation) was a rich, substance-challenged college student who, after causing a major accident, posted to Facebook, "the party doesn't start until someone dies."

One of the people that he had hit came within a hair of death. I guess the party would have started then.

The person he hit survived, but with severe, career-ending difficulties. His insurance company really had to dig into their wallet after his post. He was an easy guy to hate, but after that statement, it was impossible not to hate him.

Going back to the workplace, suing for wrongful termination is not done as often as it could be. I've seen many people with obvious cases hesitate because they did not want it to follow them as they looked for another job. Thus, when it does happen, it is usually very contentious and litigated hard.

If a guy like Joey Stidham can prove that you spend 63 percent of your time on social media, it doesn't make any difference how productive you are during the other 37 percent of the day. Judges, juries and arbitrators are going to look unfavorably on your cause.

There is plenty of time to do social media before and after work. Lunchtime and breaks are fine too.

If you're in a situation where you might wind up in litigation, just keep in mind: That post on Facebook can and will be used against you in a court of law.

Don McNay (www.donmcnay.com) is an award-winning settlement planner, conservator and best-selling author of seven books. His newest book, Secrets from the Settlement Conference: The Book Bill Clinton & Paula Deen Wish They Had Read, will be out later this spring.

PHOTO GALLERY
Facebook and Wrongful Termination
Download
Calling all HuffPost superfans!
Sign up for membership to become a founding member and help shape HuffPost's next chapter
Join HuffPost
Voting Made Easy
Register to vote and apply for an absentee ballot today
Register now 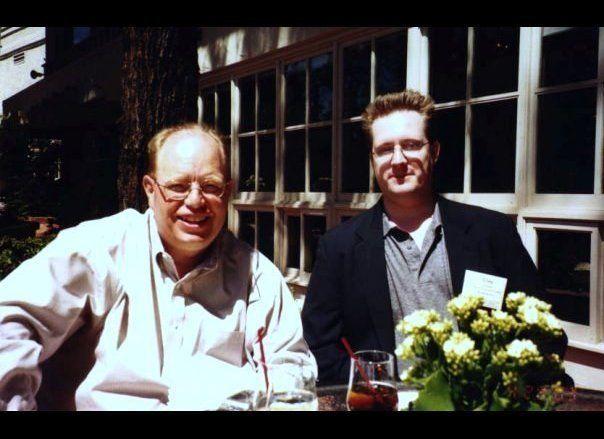