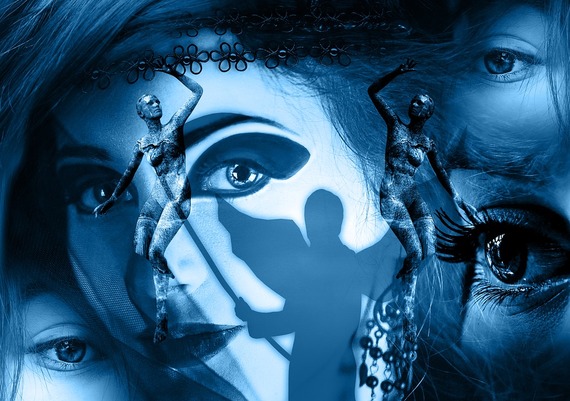 A major record company president once told me I'd probably never be a star because, as he put it, "You wouldn't kill your mother for it." Although this may have been an oversimplification, it takes a special personality to strive for and thrive in the spotlight. And fame isn't always sought, sometimes forced, but even those who chase the limelight eventually get burned. From Monroe, Garland, Joplin, Morrison, Hendrix, Presley to Phoenix, Houston, Jackson, and Prince, the list of drug and alcohol casualties is sobering.

Much of our self-perception is based on the reflection in the eyes that surround us. It becomes increasingly difficult to maintain a true perspective when the mirrors are distorted by gadflies projecting what they think you want to see and hear. If no one will tell you the truth, you can begin to doubt who and what is real, including yourself.

The fragile fame culture of Hollywood is deceivingly seductive. In the past, I'd warn musicians coming from Europe not to be fooled. In New York it was hard to get a meeting, rarely lasting long. But if they smelled money, a pokerfaced deal was negotiated. In L.A. everybody 'loves' everything and wants you to meet the family, but won't remember you next time or make an offer until someone else does. In the end, with no offer on the table, the uninformed musician returned home with the mistaken impression that no one liked their music in New York and everyone loved it in Hollywood. Two completely different cultures... in New York, muggers stare and stab you in the stomach, in L.A. they smile and stab you in the back. Either way you're dead.

With fame often comes the ability to fulfill all you dreams... but what happens then? In a 'Twilight Zone' episode from the 60's, a cheap hood dies and awakens in what he believes is 'heaven,' where everything is rigged so he can't lose. It takes a while for him to realize that it is in fact 'the other place.' What do you do or want when you have everything you've ever wanted? Perhaps a new high, a new experience, a new drug, or cynicism, boredom or depression... individual personalities dictate the reactions.

The term 'paparazzi' apparently originated with a character in Federico Fellini's "La Dolce Vita," named after an oversized blood sucking mosquito. With zoom lenses, even a home window is not safe. As if they aren't bad enough, with today's cell phones, imagine the constant inescapable possibility of being captured in an unflattering moment and instantly splattered all over the internet. Add to that the microscopic critical attention to your every move, or wrinkle, or dress, or relationship, leering, peeping into every aspect of your life... which means you always have to be 'on' and on your guard. And then there are the stalkers... the crazies that become obsessed and want more than just a picture.

Artists thrive on creating, displaying or performing their art. For a musician, it's often the magical birth of a musical line and the synergy of fellow musicians, creating more than the sum of its parts. In performance, it's the amplified energy bouncing back off an audience in waves of adulation, or the quiet appreciation and hypnotic spell of the moment. The highs are addictive. But what about the times between... the traveling and rubber curtain motels, cold pizza and broken equipment; or the simple lonely drudgery of everyday living, hiding from paparazzi or the next cell phone camera (or worse). How do you deal with these?

In France I noticed women seem to innately accent their best feature, un-slaved by fashion with a flair for style. And age apparently irrelevant. If a woman believes she is sexy, she is. And in France they mostly still believe. However, in youth-oriented America, that spends billions on creams, potions, and quackery to preserve it, the challenge is especially difficult for celebrities with 'an image' to maintain. And the widely accepted outdated adage that "men get distinguished as woman simply age" places additional stress on an actress or model. Add a little self-doubt, and the pressure can be overwhelming.

"You're only as good as your last hit" may be a little extreme, but not so far off the mark. Before the internet, when albums were important, a musician would spend years writing, performing and perfecting the songs for their first release. But if they had a hit, they had to come up with another ten songs in a matter of months. Even today, if you can't follow up your current hit with another one soon, you're yesterday's news. And it's even worse for film stars, who actually have very little control over the finished product, but a couple of bad films, and someone else gets their table at Spago's.

In a 2012 article about fame and its effects, clinical psychologist Dr. Donna Rockwell notes, "the celebrity often goes through a process of: first loving, then hating fame; addiction; acceptance; and then adaptation," some adapting better than others. She goes on, "fame and celebrity can closely mirror substance abuse symptomology -- and over time, result in actual substance abuse, isolation, mistrust, dysfunctional adaptation to fame, and then, too often, untimely death."

So whaddaya say... you think you wanna be famous?... Maybe Andy Warhol's "15 Minutes of Fame" is just enough.