Feminism for the win, again.

In a recent video, YouTube vlogger Ginny McQueen discusses how feminism can have a powerful impact on mental health. “These things seem like they would have nothing to do with each other," McQueen says, going on to explain how "feminism works towards helping both men and women in the area of mental health."

McQueen explains that women are twice as likely than men to be diagnosed with anxiety, depression and PTSD. Men, however, make up 82 percent of suicide deaths.

She says that the patriarchy sets up rigid parameters for "what men and women should be." Pressure to adhere to strict gender roles can exacerbate emotional and mental health issues for some and discourage others from seeking treatment.

“Women are being diagnosed for their issues because they seek help for those issues," McQueen says. While women are often shamed for our emotions (see here and here), traditional gender roles assume women to be emotional, while men are taught to be tough. "Women aren’t told to ‘suck it up’ or ‘be a man,'" she says.

Many men do suffer from depression and anxiety, but may be less likely to seek out help because traditional gender roles tell them they can't express their feelings. "Feminism is out there trying to make sure everyone gets treated equally, including in areas of mental health," McQueen says.

Feminism fights for people of all genders -- women, men and trans* -- to be treated equally when it comes to any area of life. If our culture made it more acceptable for a person of any gender to seek help, mental health might just improve. 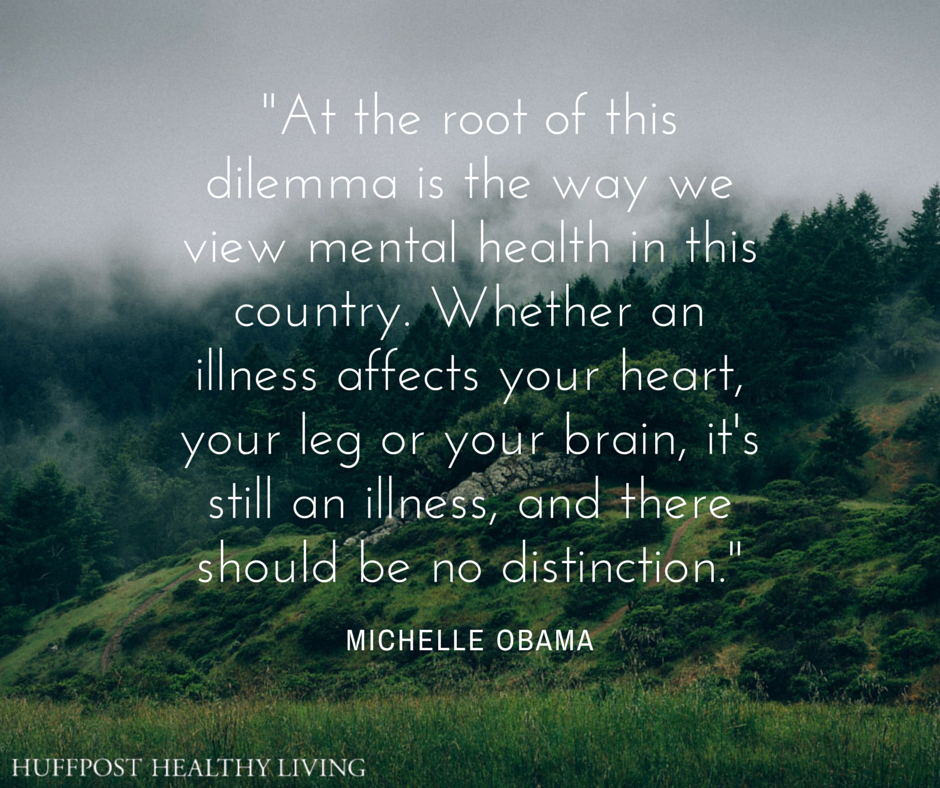