In 2002, pornographer Chuck Holmes' name was installed over the San Francisco LGBT Center, and public outrage was swift. Detractors called the move -- in recognition of the late gay mogul's $1 million bequest to the beleaguered center -- "insane," fearing it would only fuel right-wing allegations about the gay community's obsession with sex. What those critics missed, and what continues to missed over a decade later, is the role pornographers like Holmes played in building the gay rights movement we know today.

Several years ago, I set out to make a documentary about Holmes, Seed Money, which premieres this spring. During the process, I discovered how much we, as a community, owe to intrepid smut-peddlers like Chuck who risked their lives to help us live out ours.

You see, when the early homophile movement began in the early 1950s, the U.S. government didn't differentiate between homosexual rights manifestos, gay erotica or dirty pictures. All were considered illegal, and using the postal service to distribute any of them could and did result in long prison sentences.

So perhaps it's not surprising that pornographers, who had years of experience fighting those battles, were often prominent figures in the emerging homophile movement's leadership. Jim Kepner, founder of the ONE National Gay and Lesbian Archives, was a noted author of gay erotica. Hal Call, one of the first presidents of the Mattachine Society, the pioneering gay rights organization in San Francisco, was an adult film director and owner of the Adonis Bookstore.

Rather than be a liability, pornographers could provide a strategic advantage to the movement. They not only knew the legal restrictions (and how to get around them), they had the money to fight the obscenity battles that cleared the way for greater discussions of sexuality. Pornographers were the advance troops of our sexual revolution.

Homophile organizations like Mattachine and Daughters of Bilitis had publications, of course, but their reach -- often just a few thousand circulation -- was miniscule compared to that of "posing strap" magazines like Physique Pictorial and Tomorrow's Man. It wasn't political tracts, but pornography that provided most gay men with their first connection to -- and awareness of -- a larger gay culture. 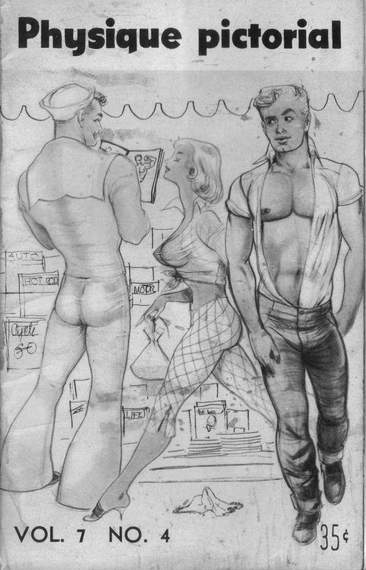 For those who lived outside city centers, that same promise came in the form of mail-order magazines and 8mm loops -- Chuck Holmes' business. As the owner of the legendary Falcon Studios, Holmes had the widest reach of the early pornographers, and he was vocal about creating imagery that would make gay men feel proud of their sexuality. For tens of thousands of closeted customers in small towns across the country, those Falcon films were the "It Gets Better" videos of their day. 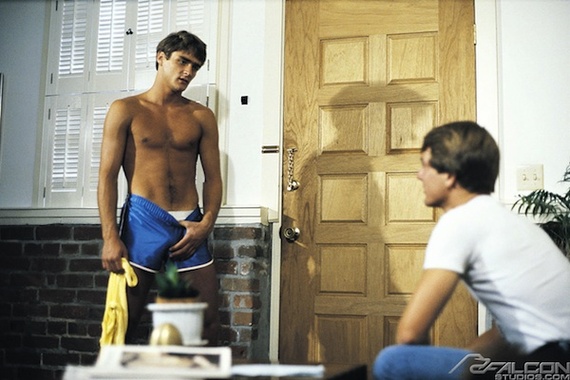 Pornographers contributed in thousands of other ways, of course -- by funding the movement directly, by lending resources and distribution, by educating audiences about safer sex during the AIDS crisis, and by lending their mailing lists to fledgling organizations like the Human Rights Campaign Fund. (Chuck Holmes was a prodigious donor to the HRC, and later served on its Board of Directors.)

But as the movement moved more into the mainstream, adult filmmakers were less and less welcome; their contributions pushed back into the closet. Checks, literally and metaphorically, were returned. Despite his tireless work on behalf of gay and progressive causes, Chuck often remained closeted about his business. Even in death, his name and money carried a stigma.

It's one reason I chose to make Seed Money -- as a way of talking about what these early gay filmmakers contributed to our culture, and to finally give pioneers like Chuck the recognition they deserve.

It hasn't been easy. Some I've talked to still see this history as a black eye on the movement, something that will hurt us in political fights over issues like marriage. But I say if we allow our sexuality to be a source of shame, and hide our history to appease our critics, we're not nearly as out or proud as we think we are.