Bad news out of Europe, Germany in particular, makes two potentially profitable outcomes significantly more likely. Firstly, the European Central Bank will be more flexible in its efforts to keep Greece in the Eurozone. Secondly, there are fewer roadblocks in the ECB's way for announcing further QE. Policy is diverging. While the U.S. contemplates tightening, Europe is exploring the opposite. Resulting currency moves could provide a welcomed boost to European exporters. 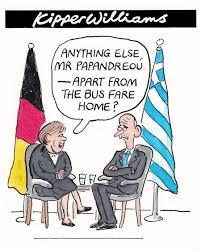 Germany has historically provided the biggest opposition, pointing out the constitutional limitations but in recent months softened their rhetoric from "opposition" to "skepticism" on whether the strategy could succeed in having a sufficient impact.

Germany Is the Key

The driver of this change is a deteriorating outlook for the country itself. As the data worsens, the more attractive some form of additional support becomes.

Therefore, today's news that German factory orders fell for first time in three months in November, and by an amount steeper than predicted is important. Moreover, data revealed that the region's unemployment remained above 11 percent and last month consumer prices fell for the first time since 2009.

The markets haven't taken the turmoil in the region lightly. The EuroStoxx 600 is still down 3.4 percent from a December 5th high on fears of a Greece exit and oil concerns.

So why does this matter? It makes two potentially profitable outcomes significantly more likely.

Greece More Likely To Stay In The Euro... For Now 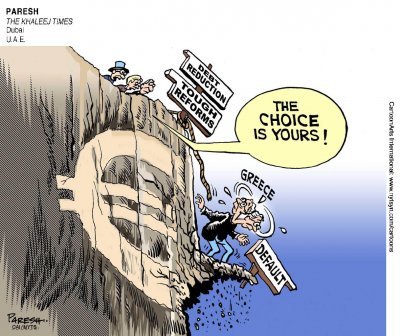 Firstly, the European Central Bank will be more flexible in its efforts to keep Greece in the Eurozone. In fact, Germany announced yesterday that it is open to discussing debt relief with Greece's next government. This is more likely to be an easing of terms rather than the write-off Greek officials are hoping for, but could still be called a victory by both sides.

Further Stimulus Back On The Table

Secondly, there are fewer roadblocks in the ECB's way for announcing further QE. Although, with the Greek election set for 3 days after the European Central Bank meets on Jan 22nd, if anything were to be announced, we could still have to wait until the March meeting for details.

As an investor, the key takeaway is that policy is diverging. While the US contemplates tightening, Europe is exploring the opposite.

Euro Will Separate The Winners From Losers

The euro has slumped to 9 year low against the dollar. This helps European exporters and punishes importers. Goods sold by European companies in the US now cheaper are now cheaper in dollars. Moreover, US revenues for European companies are worth more when converted to back into Euros. After earnings in Eurostoxx 50 index dropped 3.8% last year, the currency move could provide a welcomed boost.