When my eldest daughter was about 8 years old, she was often bothered by her paternal grandparents' attitude towards me. Being her mom, I found it hard to see her feeling distraught, especially because of people she should feel good about loving: her grandparents.

It is natural, I suppose, to take sides when your son or daughter divorces. But, just as ex-spouses dissing each other in front of their kids harms the children, grandparents' attitudes can have the same effect.

While my former father-in-law perhaps believed he was only hurting me when he made snide remarks about me to my girls, he was in fact causing his grandchildren to feel bad.

"I don't like it when grandpa talks about you like that," my eldest said, in tears.
My response: "Don't worry, honey, he is still your grandpa. He just doesn't realize it hurts you." 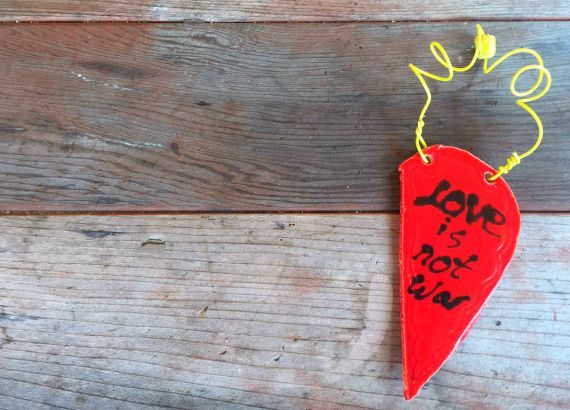 So if you are a grandparent and your son or daughter is divorced, and you cannot stand to even hear the name of your former daughter-in-law, should you ignore the subject altogether? Unfortunately, that may also backfire.

"I don't think grandma likes you, mami," my eldest mentioned back when she was 9.
"What makes you think that?" I asked.
"She never talks about you, and if I talk about you, she changes the subject."

When she was 11, my daughter was even more vocal about it. She told me how she often felt queasy when she was with her grandmother. She felt it was disloyal of her to love someone who she knew disliked me.

Whatever my thoughts and feelings about my children's grandparents, who are incidentally both divorced, I speak of their qualities to my kids: "Your grandma is a great painter," or "She has a great sense of aesthetics," and "I know your grandpa loves you very much."

I am not a saint. And for a long while it was tough for me to know my children were spending time with adults who made it clear to them -- by their actions or words -- that I was strongly disliked. I did not, however, attempt to limit my children's contact or love of their grandparents. But I saw how easy it could be to feel angry and take action. After all, I'm human and at times felt tempted to do something about how I felt.

However, I know what it's like to feel caught between your love of a grandparent and your loyalty to your own parent. I never wanted my children to feel that way. My kids still tell me their grandpa doesn't like me, but at 14 and 11 they seem to take it in stride. Their grandma and I have since resumed an amicable relationship and I can see how it has affected my girls in a positive way. They now feel happy and confident when they visit her.

If you have grandchildren of divorce, keep these things in mind:

What are your thoughts on this issue?