A recent study published in the Journal of Nutritional Biochemistry found that a high-fat diet that also includes some grapes can lower your risk of obesity. The study also found that such a diet might help improve gut bacteria. The research is based on two laboratory studies conducted on mice in a span of 11 to 16 weeks. The study found that eating grapes can counteract the negative effects of a high-fat diet like hypertension, diabetes, and cardiovascular disease. The unique composition of antioxidants called polyphenols in grapes seems to help reduce the percentage of total body fat in mice as well as improve their gut flora. The study found that grape consumption had equally beneficial effects on visceral fat, and it was also examined to see if it improved glucose tolerance. While, we don't know for sure if these same effects would be true for humans, we still believe the results are quite promising. So next time you binge on some high-fat foods, eat grapes for dessert to lower your risk of gaining weight. Keep reading to learn more about the study. 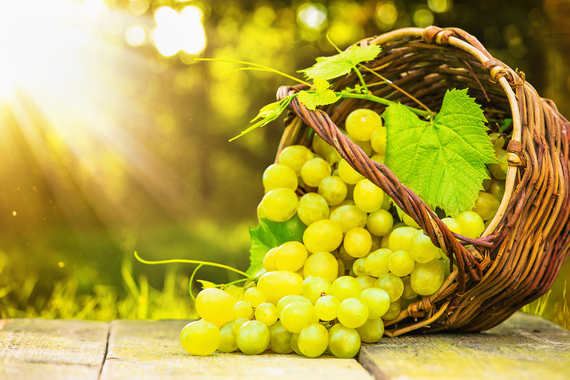 Background
In the U.S., around 36 percent of adults and 17 percent of youth are diagnosed as obese. Such an alarming percent demands new research be carried out to fight this growing trend. Besides this, obesity is a growing trend worldwide. Inflammation and poor gut functioning seem to be the culprits of obesity. Diets high in fat and also high-protein diet seem to reduce the number of gut-protecting bacteria. There seems to be a correlation between the number of gut bacteria and obesity. Grapes are a rich source of antioxidants called polyphenols, one of them being anthocyanins. Previous studies have found that grapes offer anti-inflammatory benefits by reducing oxidative stress caused by free radicals, improving heart health and lowering blood pressure. However, little is known about the role of grapes in reducing inflammation caused by a high-fat diet. For this reason, scientists at the University of North Carolina wanted to examine the extent to which grapes reduced inflammation and improved gut bacteria in mice fed a butter-rich diet.

The research
The mice were fed powdered grapes and either a low-fat or high-fat diet that is similar to the diet common to the American-type diet for either 11 or 16 weeks. After that, scientists measured glucose tolerance, body fat percentage, tissue collection, liver and serum triglycerides, immunoglobin, etc. By the end of the study, the scientists analyzed the collected data with the JMP software program to get a statistical picture of the results. The study was divided into two groups. The first group of mice was fed a diet high in fat (33 percent total energy from fat) with 3 percent of grapes for a total of 11 weeks. The second group of mice was fed a 44 percent of energy from fat which included saturated fat, lard, beef tallow, shortening and also butter. Scientists wanted the following group to have a Western-type of diet. As we can imagine, there was a positive outcome in the group of mice fed grapes alongside butter.

The results
The results show that consuming grapes with a high fat diet modestly decreased the accumulation of total body fat. However, although grapes reduced the accumulation in fat cells in the mice, there was no improvement in glucose tolerance and inflammation in the lining of the gut. But they did not find that good type of gut bacteria increased in the mice fed high polyphenol grapes alongside a high fat diet. A. muciniphila is the type of bacteria the scientists found to be in greater numbers in the grape-fed mice. This research suggests that the polyphenols in grapes might offset the negative effects of a high-fat diet commonly found in the Western diets. Grapes might not counteract all the negative effects of such a diet, but nevertheless, the results seem quite promising. A high-fat diet is often associated with obesity and other health risks like hypertension. If you feel the symptoms of hypertension, then you might check if your high-fat diet is the culprit. High-fat diets might also pose other health risks such as cardiovascular disease that can lead to stroke and heart attacks. High-fat diets are also associated with greater cancer risks. 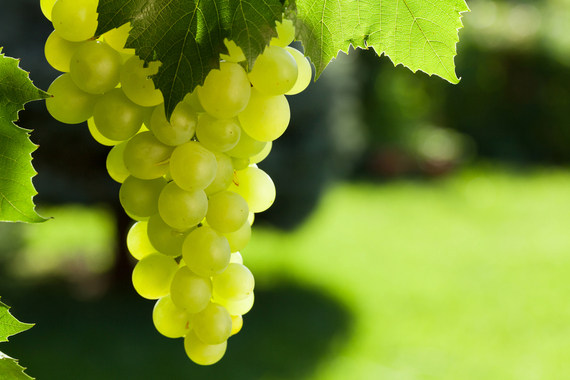 What scientists say
A high-fat diet reduces the number of A. muciniphila in the gut. Grapes seem to help increase the number of these beneficial bacteria in the gut and help improve digestion and metabolism. On the other hand, Desulfovibrionaceae are a type of sulfate-producing bacteria whose number increases when you eat a fat rich diet. These bacteria cause intestinal inflammation and decrease proper digestion. On the other hand, how exactly the polyphenols in grapes help reduce adipose tissue remains unclear. Scientists have observed that the mice fed polyphenol-rich grapes had less adipose tissue than the mice fed only fat. While reducing total fat intake is the best way to prevent obesity, including polyphenol-rich fruits into your diet might help prevent weight gain from a typical Wester-diet. Fruits also help improve your digestion in a number of ways as seen in this study.

Conclusion
Obesity is a growing public health concern across the globe. Scientists are struggling to find why exactly some people become obese. New research has found the link between inflammation in the body, especially in adipose tissue and obesity. Reducing inflammation may help reduce the risks of developing this common metabolic syndrome. The two studies conducted at the University of North Carolina offer some insight into what benefits polyphenols from fruits offer in terms of reducing obesity and its associated health risks. Mice fed grape powder alongside a high fat diet seem to show fewer health risks associated with such a diet. The anti-oxidant and anti-inflammatory benefits of polyphenols might be the key to preventing excess weight gain caused by either a high-fat diet or other risks for obesity.

More:
healthy livingHealth Careobesity
Newsletter Sign Up
The essential guide to taking care of your mind and body
Subscribe to HuffPost’s wellness email
Successfully Subscribed!
Wellness delivered to your inbox