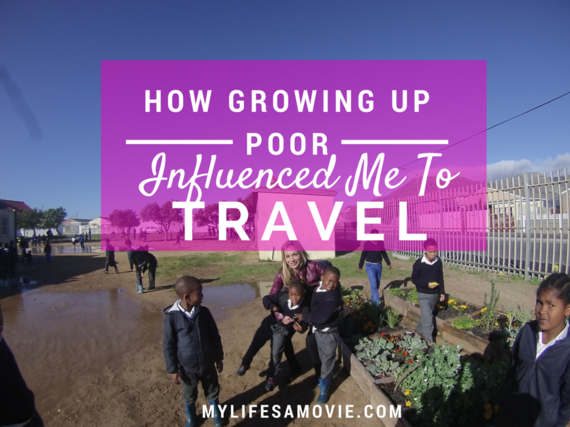 I grew up poor, and by "poor", I mean I had a single mother who made about $40k a year and had four kids to feed, two of which she adopted before I was born, when my birth-father was still around. I remember being self-conscious about not always having new clothes, using the reduced lunch coupons at school, and having to take the bus to daycare because my mom had to work long hours...Oh, and the tiny fact that I didn't have a dad, because back then it was "weird" if your parents were divorced. But do you know what else I remember?

I was happy. I had a yard to play in, a loving mother who would let me keep any animal I brought home (I had a pet chicken once...), and siblings to...fight with. I wasn't used to having expensive things or getting to go on awesome vacations, but I learned how to do things with a little bit of money, and got excited about the smallest opportunities like going to Taco Bell or the community playground.

Fast-forward to today and I'll admit...I'm still technically pretty poor, but it's because I spend my money on the one thing that makes me feel like the richest girl in the world, travel.

Growing up poor sucked pretty bad at times, but it helped make me who I am today; a world traveler, entrepreneur, and charity founder, and for that, I am grateful, and wouldn't have had it any other way. Reflecting back on those hard times has made me realize these ways that now influence me to go travel:

1. It Made me Imaginative and Curious 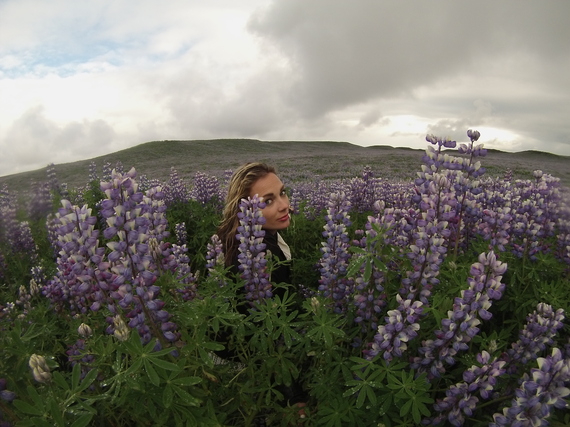 Since I couldn't actually do much, I spent a lot of time pretending I was in other places. My backyard was like The Jungle Book, and there were times when I seriously believed that I was Pocahontas. That curiosity about nature is what has influenced me to go to places like Thailand and South Africa, and only grows stronger the more that I travel.

2. It Made Me Appreciative and Grateful 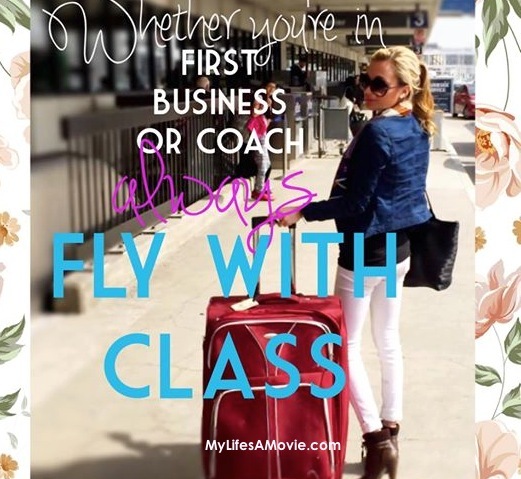 Although it wasn't fun not getting new clothes or a ton of gifts at Christmas, my mom still made sure that each of us got something, even if it was a wrapped pair of socks. Looking back at her extreme efforts to give us as much as possible has made me beyond appreciative and grateful, not just for her, but for anything I have, including opportunities.

If you ever see me on a plane, I'll be guaranteed to be dressed up, because to me, even flying coach with the cheapest ticket possible on a crappy airline is a huge privilege that I am grateful to have.

3. It Made Me Ambitious and Driven 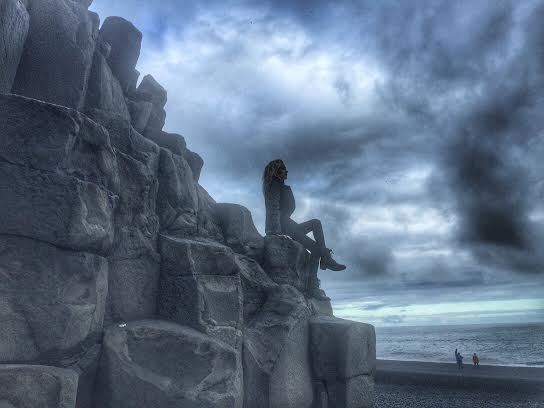 When you don't have money, you learn that you're not going to get money, unless you work hard to earn it. I started working as a waitress when I was 13 because I was so sick of not having any money, and quickly realized that the more I worked, the more I earned. Today, I work 10-12 hours per day, doing everything possible to achieve my goals as a travel blogger, because I'm determined to show people that you can travel the world, and you can make money to do it if you just put in the effort.

4. It Taught Me to Value Experiences, Not Items 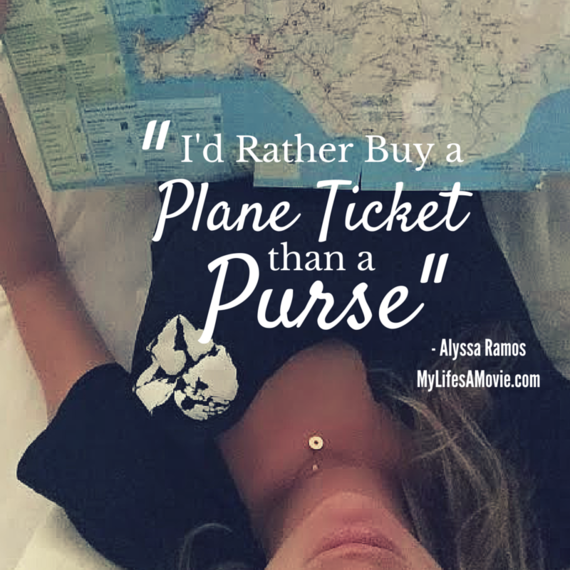 Although it may be the opposite for some people, not having expensive things growing up has made me not value expensive things now. I have no desire to buy an expensive purse, or even stay at a fancy hotel, but if I can get to a destination that I've never been to before, it's the most valuable thing in the world.

I actually have a motto, "I'd Rather Buy A Plane Ticket than a Purse".

5. It Taught Me to be Frugal With Money 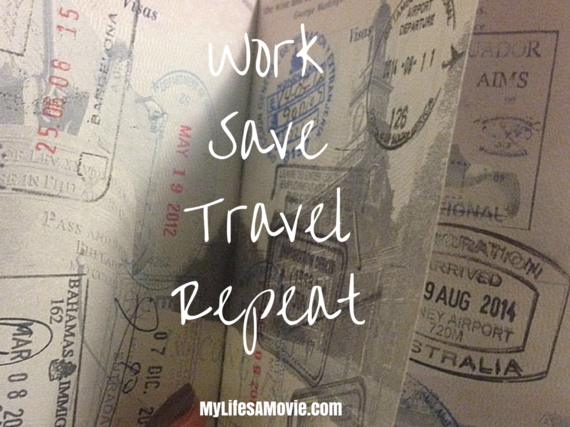 I remember how much I despised only getting to go shopping once a year for school clothes, and only getting to go where there were sales. I also remember the pressure I felt being in a sorority where many of the girls could shop at the expensive boutiques whenever they wanted, while I had to make secret undercover missions to Forever 21.

Well, I'm 27 now and you better believe that if I actually allow myself to buy new things, I'll still shop at Forever 21 if it means I can save more money to travel. It also took me up until recently for my mother to convince me that I don't need to keep dying my own hair and doing my own nails, even though I still think it's a waste of money to go to the salon and will opt for a Groupon deal if I can find one.

Of course, I'll empty my savings on traveling, but anything else that I can dub as "unnecessary" or that I can "do myself", I won't spend money on.

6. It Taught Me to Be Strong, Fearless, and Independent 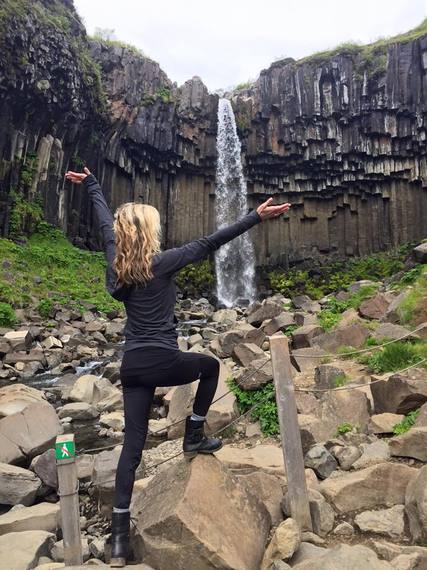 I suppose I should touch on the fact that I grew up with a single mother and how she is the reason why I am such a strong, fearless, and independent woman. Not only did she single-handedly raise 4 wild children without the help of a man, which showed me a woman is capable of being on her own, but she always never showed an ounce of fear about doing it.

She also was a flight attendant in her younger years, and traveled the world at around the same age I am, which has taught me that if she can do it, I can do it...and I probably have a genetic predisposition to anyway.

7. It Taught Me to Learn About People & Not Pass Judgements 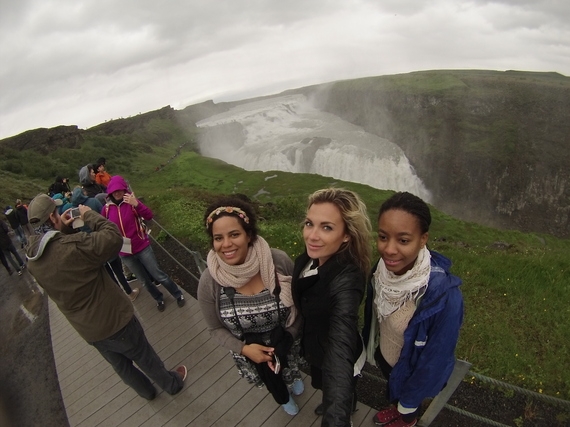 I get judged...a lot. I always have. From growing up poor, to having divorced parents, to having an adopted brother and sister who don't look like me (and got judged a shit ton too), to now having a Bachelor of Science in Biology, my own business, and a charity, yet still getting called things like "narcissist", "privileged", and a girl who "uses her looks".

All of that negativity has only encouraged me to look past the surface level of people, and try to understand maybe what they've been through, and learn more about them, which is one thing I always aim to do when traveling, and has led me to meeting a lot of awesome people! 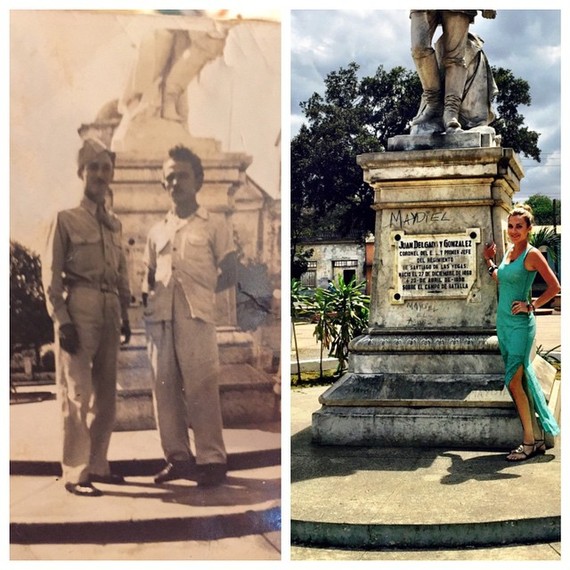 Growing up poor made me self-conscious when I was younger, and I wasn't proud of myself because I thought people looked down on me because we didn't have money. I also thought it was a "bad thing" that I was Cuban-American due to society stigma in the town I grew up in. But later I realized what I learned from it was more important, and that I should never be down on myself because of what other people think.

Now, I am damn proud of who I am, and I'm not afraid of showing my pride because I know I work hard, I have a good heart, and I'm doing what I love - traveling.

9. It Taught Me to Share, be Compassionate, and Help Others 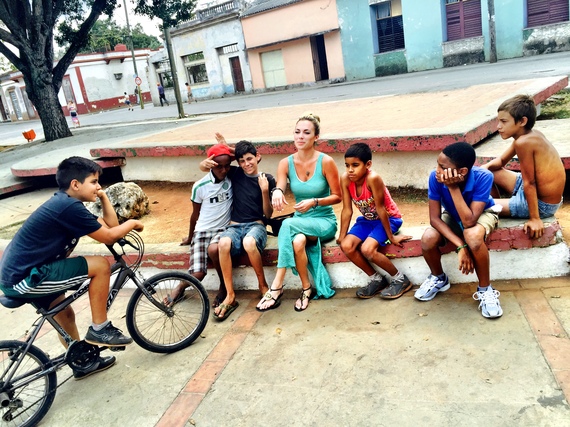 I should also mention that the job my mother had when I was growing up, was as a secretary at the Foster Children Association of America, and later at the Department of Children and Families. That being said, not only was she working to support her own kids, but she was working to help other kids as well. She would always make us volunteer at the foster children events, and since I had grown up with an older adopted brother and sister, I always thought we were all the same.

As I got older, I learned what it meant to be a "foster child" and how important it was to my mom to help them, which made it important to me. Last year, the main influence that sparked my solo travel adventures, was a strong urge to take my efforts a bit further, and go volunteer with underprivileged kids in South Africa. I've been traveling ever since, and even started a charity after that experience.

10. It Taught Me That Anything is Possible 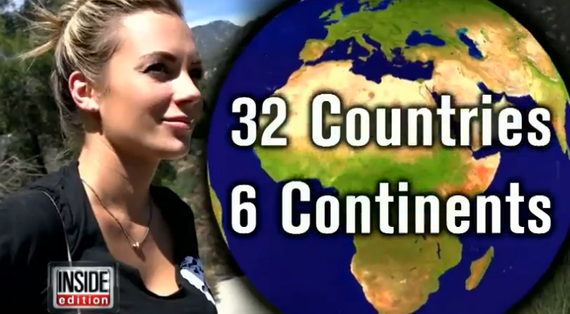 There's a saying that I often think of..."When you hit rock bottom, the only place you can go is up." I've been through some awful shit, everyone has, but one thing I've learned is that if you put all of your effort, heart, and focus into doing something that you love, anything, really is possible.