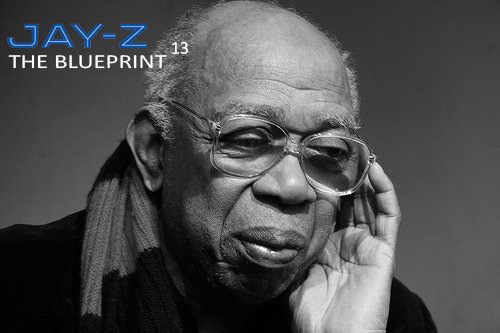 One afternoon at the beginning of my freshman year at Northwestern, I walked into my teammate Roger's room while he was playing music. I had heard all styles of rap from hard-core gangster to socially conscious, but the sound I heard escaping his room was foreign to my ears.

"H-town baby! That's what we do... we chop and screw!" he laughed and replied.

Chopping and screwing refers to a method of remixing rap music by slowing down the tempo and applying certain effects -- skipping beats and record scratching -- to create a "chopped and screwed" rendition of the original song. This form of remixing was made famous by a local Houston disc jockey, DJ Screw, in the early 1990s. It is believed by Screw enthusiasts that every song sounds better chopped and screwed. Roger was no different.

Over the next four years of college, Roger tortured me with his DJ Screw mix tapes. I would have rather listened to country music (my least favorite genre) than chopped and screwed rap. I couldn't understand why anyone would willingly listen to this style of music. By slowing the tempo down, it made every rapper sound like an inebriated Rick Ross. After a few years of college, one would think that the sound would have grown on me, but when I graduated I felt the same way about chopping and screwing as I did the first time we crossed paths in Roger's dorm room.

Screwing or this deliberate attempt to slowdown a pace is not limited to the Houston rap scene. It's being employed by the entire hip hop industry. While the techniques may be vastly different, the goal is ultimately the same -- retarded pace. By slowing down our pace (growth), the hip hop industry and its leaders continue their reign in power, as the hip hop culture has arguably set the course of the African American race for the past decade.

In 2007, rapper Jay-Z released a song entitled, "30 Something." While the overall theme of the song is Jay-Z's supposed maturation, the lyrics contradict his message. Throughout the song he continuously declares "30's the new 20 ni**a!" That doesn't sound like a man striving to mature. In fact, it sounds like someone desperately trying to hang on to their youth (The irony of the entire song is that Jay-Z was pushing 40 when he released the track.).

There is an ulterior motive for Jay-Z's shrewd declaration. He's an aging rapper. With most of Jay-Z's original fan base now over the age of 30, he made a daring attempt to preserve his audience. If he can keep his fan base in their 20-year-old state of mind, he can hopefully keep them as consumers of hip hop -- music, fashion, etc. However, time waits for nobody. This notion that 30 is the new 20 is ridiculous. If 30 is the new 20, is 20 the new 10? Should everyone in their twenties trade-in their cars and go back to riding bicycles? I'm looking for the fountain of youth just like everyone else, but pretending that you're 10 years younger to justify immature behavior is not the answer. Don't fall for the propaganda! Don't allow the hip hop culture to slow our growth. Embrace your maturation and all that it entails. As you feel yourself starting to grow out of your youth, don't fight to hold on. Let it go! The best is yet to come...

Excerpted from: Impoverished State of Mind: Thinking Outside da Block