Once again, the world is reeling at the news of yet another terror attack. A truck plowed it's way through a crowded street, mowing people down, and when it was all said and done 84 people have been reported dead with dozens more injured. 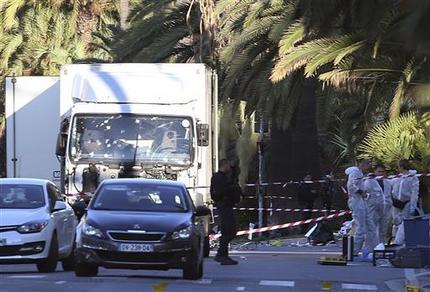 And the world asks - When will it end?

I don't like seeing the images pouring in from Nice. It hurts. Photos like that of a child lying in the street, covered by a sheet next to a baby doll are heart-shattering. I want to look away, to pretend it didn't happen.

But I can't turn away, and neither can you.

I've learned from experience that the best way to honor the fallen is to look at the way in which they died. This isn't comfortable, and sometimes the images are beyond what we can stomach, but by braving the discomfort, we offer some dignity to these deaths.

Facing these atrocities head on also insights anger, and we will not be able to defeat ISIS if we don't get angry. As Americans, our first impulse is to turn away. We want to sanitize the events because we've grown accustomed to a level of comfort that makes these painful photos too uncomfortable.

But if 9/11 taught us anything, it's that we shouldn't turn away - not completely. We can't block the heartache out, because if we're going to honor the fallen, then we need to first look at them.

I learned this lesson years ago from a man named Oleg.

I was in Kiev, Ukraine doing research for a project I was working on, and I had just finished speaking to a classroom full of students. As I packed up to leave, my interpreter noticed Oleg standing in the shadows of the hallway. He wanted to talk to me.

A veteran of the Red Army, Oleg gave me a glimpse into the heartache he experienced in World War II. He described the battles and the constant, nagging fear that he felt in those days of war. He told me of the bitter cold, and about how he and his comrades sat around the fire at night and talked about anything but the war.

Finally, he told me that he was one of only six from his battalion to survive.

"I saw my friends die every day," he said. "I watched them fall to the ground. Sometimes it was fast, and sometimes it happened slowly. And it was always terrible."

Oleg paused frequently. It almost felt like he was reliving the moments right there in front of us, and maybe he was. When our conversation was over, he had made it clear he wanted me to tell the real stories of those dark years. He didn't want me to gloss over the facts, or to offer a shiny American version of the war.

He wanted me to look at what happened to him, to his friends and his country, and to not turn away from the horror of it all. He wanted me to learn so that maybe we could prevent those events from happening again.

At a time when the world seems to be spinning out of control, we need to look at the scars of our past. We need to remember the days when the world joined together, looked evil in the eye and refused to let it reign.

We cannot turn away from the sadness, hiding our eyes from the grief. Those 84 people deserve better than that. All of the innocents whose blood has been shed by the hands of evil and injustice need us to stand up and face this fight head on. 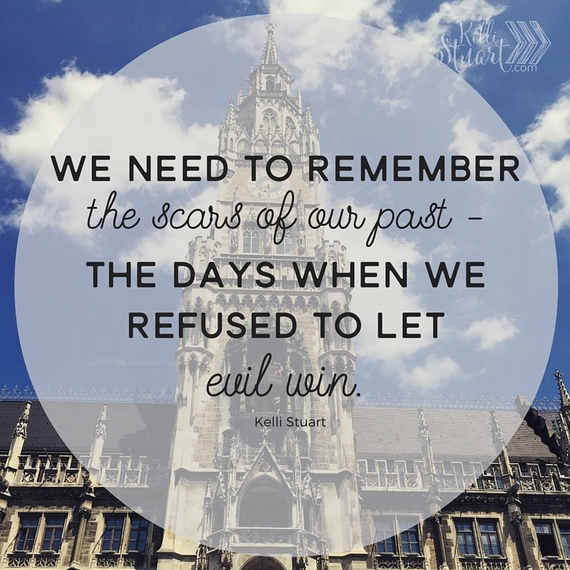 We need to remember, and we need to fight back.

We owe that to the men and women around the world who fought and died in years past. We owe it to the men, women, and children who died yesterday, and we owe it to all those who have been murdered in our most recent history. It's time we really looked at the images flooding our news feed, and we got angry enough to do something about it.