Re-casting roles happen frequently on television shows, for all sorts of surprising reasons. In past TV Legends Revealed, we've spotlighted odd re-casts like the time a TV movie replaced the actor playing John Lennon because it turned out his real name was too similar to the man who assassinated Lennon, the, the time that Star Trek had John Barrymore suspended by the Screen Actors Guild after being forced to replace him in an episode and the time a TV show chose to not even halt production to re-cast its lead character mid-season after their original lead killed himself. In the case of the re-casting of the character of Christine Cagney after Season 1 of Cagney and Lacey, however, it was a matter of the role being re-cast or the show being canceled. The reasons for that ultimatum, however, are quite shocking when looked at from the perspective of 2015 (heck, it was pretty shocking looking at it from the perspective of 1982 even) - was Meg Foster removed as Cagney because TV executives felt that the show seemed like it was about two lesbians? Read on to find out!

Cagney and Lacey, about two female detectives working as partners in the New York Police Department, began life as a film screenplay by writing team Barbara Avedon and Barbara Corday, produced by Corday's then-boyfriend (and later husband - they divorced in 1990), Barney Rosenzweig. It did not make it as a film but Rosenzweig was able to re-tool it as a TV series. CBS had a deal with Loretta Swit, one of the stars of their hit sitcom, M*A*S*H*, where she had to do a TV movie for CBS every year. So Cagney and Lacey was done as a TV movie in October 1981, with Swit playing Christine Cagney and Tyne Daly playing Mary Beth Lacey. 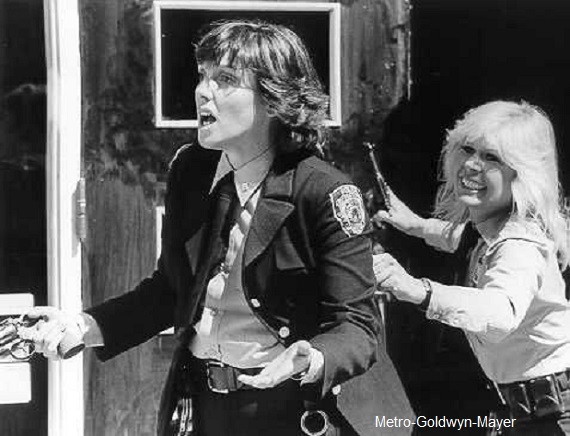 Rosenzweig really pushed the TV movie as a major feminist achievement, getting the cover of Ms. magazine out of his efforts. 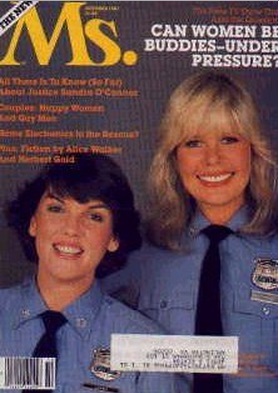 The result was a ratings smash. So CBS agreed to make it into a mid-season replacement in 1982. The only problem was that Swit was still locked into her M*A*S*H* contract. It was particularly agonizing for Swit, who knew that M*A*S*H* was on its last legs (the following season would be its last) so she was thrilled with the opportunity to get her own new series, but she was too valuable to M*A*S*H*, so she couldn't do the show. Rosenzweig cast a young Meg Foster to replace Swit. 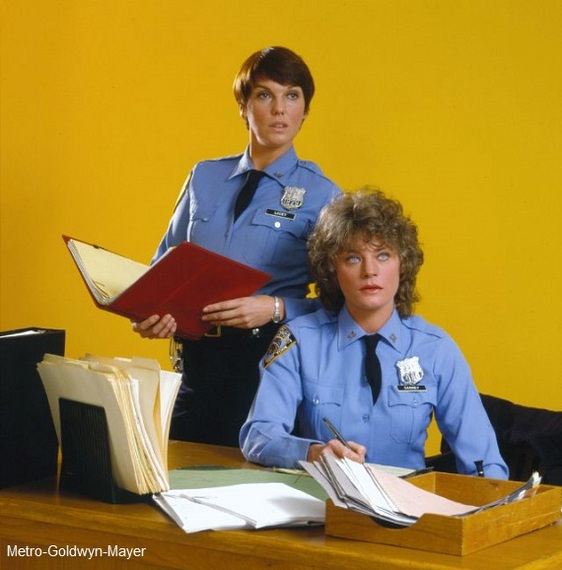 The ratings for the six episodes of Cagney and Lacey that were produced in 1982 were poor. The show aired after Magnum P.I. and it lost a good deal of its lead-in's rather large audience. So it was cancelled by CBS. Looking at the ratings data further, though, Rosenzweig noted that the show did well with adults, just not with younger audiences. Nowadays, that would just be even more of a death knell for the show, but back then, that was enough for him to convince CBS to move the show to 10:00 PM to see how it did there. And sure enough, the ratings did go up. So CBS was willing to work with Rosenzweig on "un-canceling" the show. However, there was a major obstacle for them - they needed Meg Foster gone.

In a shockingly candid (and also gross) interview with TV Guide at the time, an anonymous CBS executive explained their reasoning, noting that the stars were:

[T]oo tough, too hard and not feminine. They were too harshly women's lib. The American public doesn't respond to the bra burners, the fighters, the women who insist on calling manhole covers 'people-hole covers.' These women on Cagney & Lacey seemed more intent on fighting the system than doing police work. We perceived them as dykes.

Rosenzweig naturally did not like that, but at the same time, he wanted the show to continue, so he had to make a tough choice and replace Foster. Luckily for him, another CBS show, House Calls, was also getting canceled, freeing its star, Sharon Gless, up as an option (Gless actually had only recently replaced Lynn Redgrave on the show in the middle of its just completed third season, which was a major hit for two seasons with Redgrave. However, Redgrave and the show's producers got into a dispute in Season 3. Redgrave had just had a daughter and wanted to bring her infant to work so that she could breastfeed her. The producers felt that she was just using that as an excuse to wring more money out of them, sort of like when actors call in sick while they're really holding out for more money). Gless initially was wary about being a replacement yet again, but she relented and she was cast as the new Christine Cagney. Gless' Cagney was seen as more conventionally "feminine," and therefore worked better as a contrast to the brash Lacey. 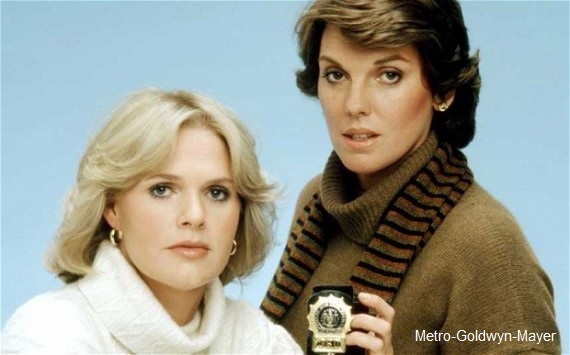 While the reasons behind her casting were uncool, it is fair to say that Gless and Daly's chemistry was excellent and really stood out for the six seasons they worked together (Gless won two Best Lead Actress Emmys while Daly won four). Amusingly enough, though, the show was canceled again after Gless and Daly's first season together! This time around, Rosenzweig organized one of the relatively few successful letter-writing campaigns and the publicity led to CBS relenting and bringing the show back. Its ratings improved in Season 3 and was not canceled again until its final and ultimate cancellation after season seven (every year, though, brought cancellation rumors, as the ratings were never exactly great).

Looking back, what seems particularly shocking is not so much that the CBS executive had such beliefs (which is shocking enough in and of itself), but that they felt free to share them with a journalist.