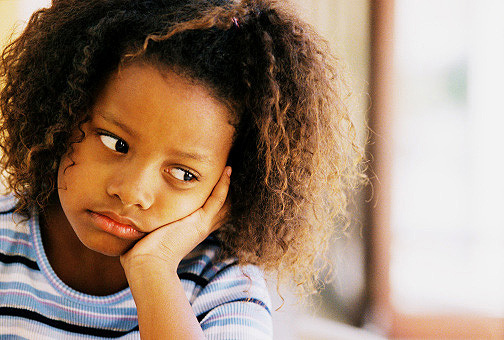 This week, our nation turns to celebrate the 20th anniversary of National Adoption Month. It's a time of year marked with an annual proclamation by our president, special events, family gatherings and mass adoption finalizations. Television and radio programs will burst with stories both heartwarming and horrifying in an effort to draw attention to the glaring need to find homes for the 400,000 children that linger, on average, for nearly two years in the foster care system.

As someone who's lectured at the university level about this system, of which I am a product, I have to admit that I've never understood why so many of my foster care brothers and sisters continue to languish in the foster care system. In truth, they should have found homes a long time ago.

At this very minute, there are an estimated 2 million LGBT adults who want to parent children, many of whom would love to do so through adoption. Research also shows that children growing up with LGBT parents fare as well as children raised by heterosexual parents. That means that in the LGBT population alone there may be more than enough ready and capable parents to provide families for our nation's foster children.

And yet eleven states continue to ban LGBT couples and individuals from adopting. That means we have enough children needing homes to fill a city the size of Cleveland or Minneapolis. We have a surplus of parents who would like to adopt them. But we're still seeking ways to prevent them from finding each other.

That makes no sense.

It makes even less sense when you consider that foster care programs cost American taxpayers $22 billion each year. That's about $68 dollars out of the pocket of every one of the estimated 320 million people in the United States every year.

This is but one of the many ways that nation's love affair with homophobia is devastating our nation's foster children. And it gets worse when we consider the effects of homophobia on LGBT children in foster care. Consider this:

These are also some of the reasons why it's critical that more adoptees, like me, stand up in support of same-sex adoption. Many people think that LGBT people adopting children will hurt them. It's not surprising that many people have this view, including some adult children of same-sex couples who spoke out against marriage equality. After all, institutionalized homophobia affects us all. It fools us into cherry-picking non-representative examples in order to support a particular bias or agenda. It also fools us into buying our nation's homophobic narrative in the face of a growing chorus of contradicting research and the real life experiences of many happy and well-adjusted people who have been raised by LGBT families.

As an adoptee and survivor of childhood abuse and neglect, I can tell you from personal experience a fact overlooked by too many people who oppose same-sex adoption: a parent's sexual orientation has nothing to do with the love and care they give their children. My parents' being straight did not prevent them from abusing and neglecting me anymore than being LGBT would somehow cause other parents to abuse and neglect their children. As such, I see no reason why members of the LGBT community shouldn't be able to adopt. Being in LGBT homes isn't what hurts children. What hurts many children is the homophobia that subjects them to unfair treatment and which prevents them from finding loving homes in the first place.

Just a few short months ago, President Obama remarked that "[a]ll young people, regardless of what they look like, which religion they follow, who they love or the gender they identify with, deserve the chance to dream and grow in a loving, permanent home." But until we can overcome the homophobia that is hurting our nation's foster children, those forever homes will remain forever out of reach. And until we can put the needs of our children above our bigotry and hate, our celebrations of National Adoption Month will ring forever hollow.

DaShanne Stokes is a late discovery adoptee, author, speaker and commentator known for his work advancing civil rights and social justice. He recently completed a memoir about his experiences. An earlier version of this article appeared in The Advocate.