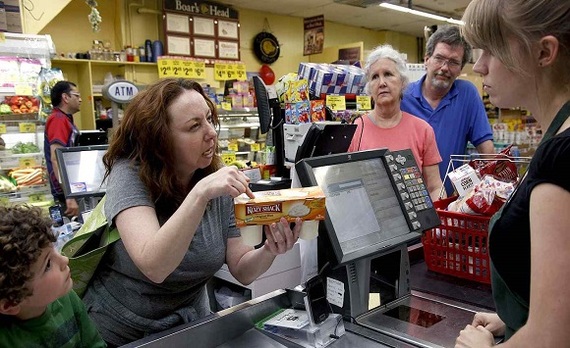 Dealing with unhappy customers isn't always easy - but it is necessary.

At its core, the most important reason to answer complaints and hug your haters is that it at least gives you a chance to recover and retain an unhappy customer. Too many businesses care too little about retention, and place much emphasis on outbound marketing and the attraction of new customers.

Meanwhile, comparatively little attention is given to keeping the customers they've already paid to get.
You may have heard the saying "Advertising is a tax paid for being unremarkable." It's usually credited to Robert Stephens, the founder of the computer and electronics repair company Geek Squad (now part of Best Buy). A better and more accurate phrasing of that concept might be "Advertising is a tax paid when you're poor at retaining your current customers," and you can attribute that one to me.

The cost of losing a customer
As Janelle Barlow and Claus Moller wrote in their excellent book, A Complaint Is a Gift: "Many companies do not appreciate the real cost of losing customers. They can tell you exactly what they are doing to attract new customers and how much this costs them, but they may not have a clue as to how many customers they are losing, why they are being lost, or how much this costs them."

This is remarkably shortsighted considering a 5 percent increase in customer retention can boost profits by 25 to 85 percent.

One of the benefits of having complainers is that they can be discovered and found.

You don't have to hunt for them, or wonder whether you are targeting the right audiences or market segments or fret about buying ads on the optimal radio stations. They just raise their hands via phone, e-mail, social media, and beyond.

Haters step into the light on their own, which makes interacting with and, hope- fully, recovering them, a straightforward exercise compared with customer acquisition.

A bold offer
Dave Kerpen understands this dynamic, which is why he personally responds to every one-star review of his books on Amazon. He apologizes and offers to refund money spent, plus money for the pain and suffering of having read the book. He's had three people take him up on this offer, and he sent each of them a check. Many others have commented that they were impressed by the response, but didn't feel right taking Dave's money.

Beyond that, the impact of Dave's actions is powerful, because people reading reviews before purchasing a book see these exchanges in that crucial consideration period.

"There are many people who write on Amazon, 'Wow, I can't believe this guy did it. I'm definitely buying his book,"' says Kerpen. "It really works. Not because you're trying to trick people, but because you can demonstrate your authentic personality and show that you care."

That power can save a customer. Similar to the impact Dave Kerpen has had on his one-star reviewers, Debbie's habit of sending gift certificates to unhappy patrons can completely change the attitude of a customer who would otherwise defect.

"We get e-mails from people that say things like, 'Thank you so much for the gift certificate you sent. My food was late and you made it up to me, and now we're back,'" she says. "It happens all the time, and we know it works."

"You can take some of the worst complaints and most unpleasant experiences, and you can make those people into your most raving fans if you handle it properly. And that just means acknowledging them, acknowledging you've made a mistake, apologizing profusely, and making it right."

San Diego immigration attorney Jacob Sapochnick embraces a similar philosophy. In 2014, a client was extremely unhappy about how her initial inquiry was handled when she called the law offices, and subsequently left a pointed one-star review on Yelp.

Make it right
Sapochnick was alerted of the complaint by Yext (a software tool that organizes reviews) and immediately called the client, offering his services, normally priced at $4500, at no charge. Fiercely protective of his previously spotless five-star average rating, Sapochnick never thought twice about making the expensive offer to try to recover the customer. She remained a client, and promptly wrote a very positive addendum to the initial review.

Not everyone can or should offer free products or services to unhappy customers, but the financial outcomes of doing so are often far more attractive than you might imagine.

Hugging your haters gives you the chance to turn lemons into lemonade, morph bad news into good, and keep the customers you already have.

The excerpt above was drawn from Hug Your Haters: How to Embrace Complaints and Keep Your Customers. . According to Guy Kawasaki, "This is a landmark book in the history of customer service."

Written by Jay Baer, Hug Your Haters is a customer service and customer experience book written for the modern, mobile era and is based on proprietary research and more than 70 exclusive interviews.

Shep Hyken puts it better this way, "If you're not already hugging and loving your haters, then I can't think of a better time to start doing so than right now!"