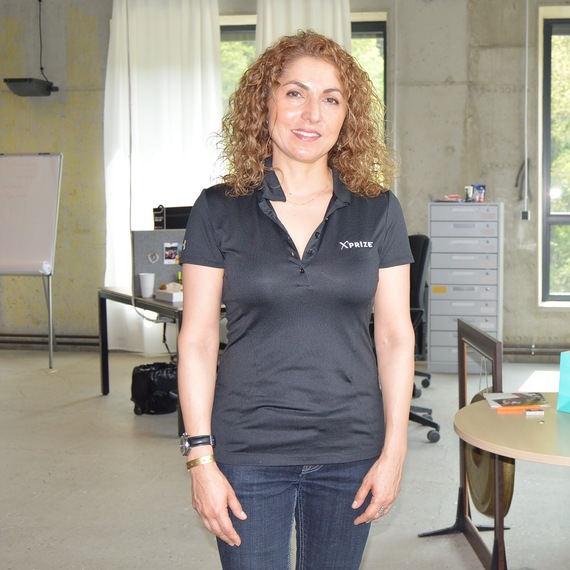 Anousheh Ansari is the first female private space explorer and first space ambassador, earning a place in history as the fourth private explorer to visit space and the first astronaut of Iranian descent.

To help drive commercialization of the space industry, Ansari and her family provided title sponsorship for the Ansari X Prize, a $10 million cash award for the first non-governmental organization to launch a reusable manned spacecraft into space twice within two weeks.

Ansari is also the co-founder and CEO of Prodea Systems. Prior to founding Prodea Systems, she served as co-founder, CEO, and chairman of Telecom Technologies, Inc. Ansari has received multiple honors including, the World Economic Forum Young Global Leader and the Working Woman's National Entrepreneurial Excellence Award. She was listed in Fortune magazine's "40 under 40".

Ansari earned a bachelor's degree in electronics and computer engineering from George Mason University and a master's degree in electrical engineering from George Washington University. Lan Anh Vu caught up with Ansari to learn more about her journey, how she made her dream of space travel a reality, the challenges of being a CEO in male-dominated tech industry, and her advice for young people across the world.

My Career in Technology
I started as an electrical engineer working for a telecom company. I really enjoyed building new things, and I worked in a group that designed advanced services and imagined new ways that people could use technology. It was a very creative process that I really enjoyed.

A few years later, after I met my husband and got married, we both left our company and started a company of our own. As a consulting company, we wanted to help people come up with new innovative ideas. After that, we saw that even though a lot of our ideas were really good, they took time to implement. We decided to help our clients implement those ideas. So that's how we got into the software development and building services and products.

It was an adjustment for me to transition from being an engineer to being an entrepreneur. I never went to management school, but I adopted a philosophy based on my work experience. More specifically, I decided to adopt the standards and methods that I liked about the companies I had worked for, and to make sure that I didn't do the things that I thought didn't work. That's probably the best management school I could have had. There were some skills that I needed to enhance, like working with financial spreadsheets, so I took night classes at a community college to learn more skills that would help make our company successful.

My Space Dream
My obsession with space started when I was 6 years old. I love science fiction and watched Star Trek growing up in Iran. I was fascinated by the sheer mystery of space. What's out there? What's it like? How I could get there? I imagined the universe was full of aliens and I prayed for the aliens to come and take me away. Then I could go and explore the amazing, mysterious places around the universe.

In February 2006, I came close to fulfilling my lifelong dream, when I was asked to be a backup for private space explorer Daisuke Enomoto on a Soyuz TMA-9 flight to the International Space Station (ISS). I underwent a six-month training program in Russia's Star City, as well as cross-training at Johnson Space Center in Houston. In August 2006, just a few weeks before the scheduled flight, Daisuke was medically disqualified. I then became a primary crew of the Soyuz TMA-9 as a replacement. It took two days to travel to the ISS, then I spent eight days on the ISS before returning to earth. The trip back to earth took about four hours.

Looking at Earth from Space
The world looks different to me after seeing the Earth from space. It was a very transformative experience. We are so tiny and insignificant. At the end of the day, all the little things that we worry about so much and all the things we spend our lives and our energy on really don't matter. This experienced changed the way I viewed everything and it helped me re-prioritize my life and my relationships with the world, with my environment, and with the people around me. Those moments and those experiences made me realize what's important and what doesn't really matter. I would love to see more people fly into space, because it has such a profound impact on people. It truly is an experience that can give people the perspective to live a better life with themselves and live more in harmony with the world.

Challenges
Being a woman in the tech industry was a big challenge, especially being a CEO when I started my first company. I was around 30 years old. It was a daily struggle to be taken seriously, to have a voice at the table, to get the proper credit for the work you are doing without a louder male voice taking all the credit. Getting people to give you the benefit of doubts and to give you the credit that you deserve is difficult, so you have to work that much harder to gain the respect and the credit you deserve. 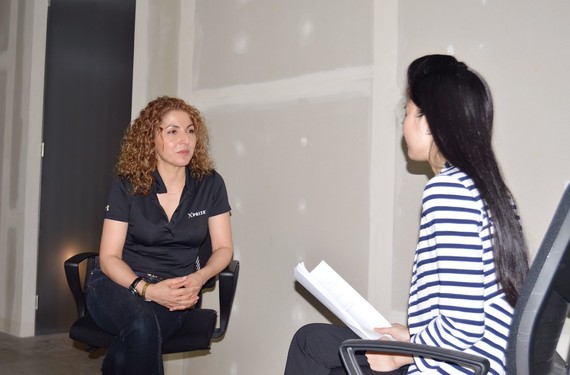 Lessons Learned
I've learned that if you set your mind to something and you really want it, you will find a way to achieve it. I had lots of ups and downs and obstacles along my way, but I am a very persistent person. I may fall down, but I pick myself up and keep going. That's when you realize that you have a team around you, including your family, and that you are not doing it alone. It's important to have that type of support around you because there will be times that you fall down and you don't think you can get back up until someone offers you a helping hand. Those people are critical to your success in whatever you do.

The other thing I've learned from the space experience is about perspective. Once you can see the earth from space, you become a truly global citizen, who can only think of things at the global level. My company works on projects that impact the entire world. It's important for us to build something that has a global impact, not just something that works as a very local and small project.

We Need More Women in Tech
I think it's absolutely critical to increase the number of women in technology. Women are underrepresented in technology-related jobs, especially in technical positions and at leadership levels. I think a lot of people--not just young girls--don't fully understand what it means to be a computer scientist or a technologist nowadays, what people in those roles do day to day, and the impact they can have on society.

Change needs to start with young girls, before they even begin to consider where life may take them, before high school or college, when decisions about careers are being made. Support must be offered to women at every stage in their careers to help them find their way to becoming tech leaders.

Advice for Young People
My advice for young people is to find their passion, something they believe in, and put their energy into it. One good thing about technology is that it has given tremendous powers to the individual: one person can make a difference. You don't need to be wealthy or have a team of a thousand people. With a social network or crowdfunding, one person with a great idea can do a lot. If young people can find that one thing they want to do and feel passionate about it, then they can do a lot with that.

Sometimes I think that young women put more limitations on themselves than anyone else. Many women start to believe that they're not meant to do something, especially when they have cultural or family restrictions, so they put that limitation on themselves. Even if an opportunity arises, they don't see it and they've forgotten about the freedom they really have because they are limiting themselves. So it's important not to forget and to always be prepared.