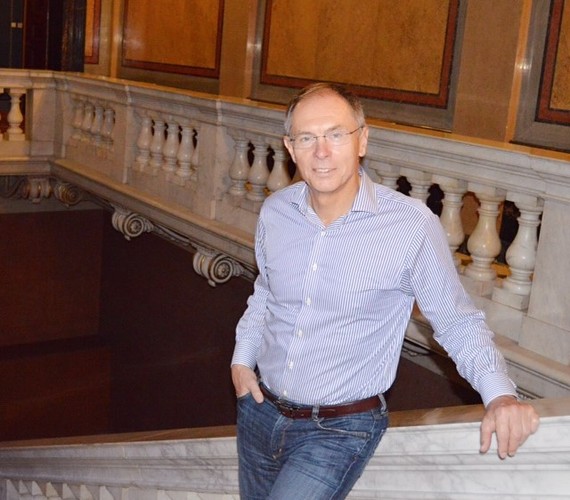 Jan Svejnar is the 2015 winner of the IZA Prize in Labor Economics, widely regarded as the most prestigious science award in the field. Svejnar is Director of the center on global economic governance and Professor of global political economy at Columbia University. He is also a founder and Chairman of CERGE-EI, an economic institute in Prague that offers an American-style Ph.D. in economics. He served as Economic Advisor to the late Czech President Vaclav Havel and was one of two presidential candidates in the Czech Republic in 2008. Lan Anh Vu sat down with Jan Svejnar to learn more about his journey from teaching education to running for President, among other topics.

Why I Pursued a Career in Education
From the beginning, I was very interested in research, education and how they come together. So discovering new ideas and new things and then passing them on to those who are interested in learning go hand in hand, and so I thought it was totally natural to become an academic. To become an academic in the modern sense of the word: both educator and researcher. That's how I started to be interested in both learning and producing knowledge as well as teaching.

Challenges
The 2008 presidential election was a big challenge for me. I had no history or background in politics; I am not a professional politician. Why did I run in the presidential election? Ever since the fall of the Berlin Wall in 1989, I was engaged in studying the transformations that took place and also in advising policymakers on how to carry out the transformation. Previous to that I studied various developing countries, among others countries in Asia such as China and Vietnam, so I broadly understood how their economies worked and so it was natural that I got involved in economic transition that led me to the Czech Republic to advise President Vaclav Havel, first post-revolution President.

In 2007, it looked as though nobody was going to run as a candidate opposing President Vaclav Klaus, so in the end I agreed to be the other candidate for the presidency because I felt it was important that there were different points of view, especially given at that time there were fairly strong and extreme views. The election turned out better than I expected in a sense: I went through the parliamentary election because neither my opponent nor I were able to win so we blocked each other at the impasse. It was only in the second round of the election that my rival candidate received a sufficient number of votes to win. In that sense it was a big challenge, and it was in an area where I didn't have any direct experience.

What I Have Learned
In anything one does, including in an academic career as well, one should strive for excellence. I think the most important characteristic is always excellence. Once you go for excellence and succeed, you will assume a leadership role because you have extended your range of thought. You have become someone who shapes whatever you do, and so at that point you begin to learn how you can be more effective in your pursuits. At that point, therefore, you learn about leadership and leadership traits. In fact, in every profession and every activity, some people become leaders and are leaders more than followers.

I have learned that you have to be ready to make mistakes. You have to learn from your mistakes and even prefer to learn mistakes from others before you make them yourself. You also must be sure you can understand and take criticism and learn from other people's criticisms of you. I think good leaders are able to listen, to level with people, and to motivate people to achieve the goals that they strive for. 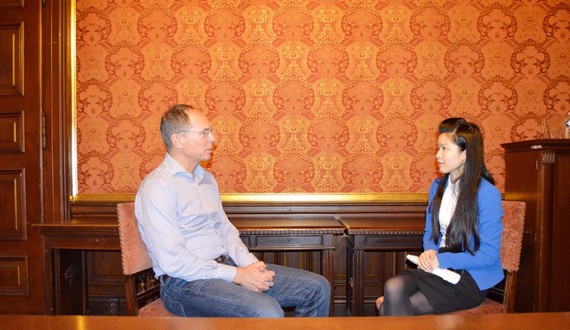 The Most Exciting Possibilities and Challenges for Current Teachers
I think that teaching profession has generally become much more competitive with the rise of globalization. It used to be that teachers went to school; they were more or less able to teach; there were no challenges to what the teacher did. There was not the same kind of pressure there is now with students. Teachers are aware that students will compete in a much more open society and that what they teach them can prepare them for the market or in some senses provide them abstract skills, teaching in abstract thinking or in specific skills. Many more evaluations are conducted than used to be, and so in that sense academia becomes a more "competitive" industry than it once was.

Teaching used to be a one-way transmission of information with the teacher lecturing and students writing notes and taking exams. Right now, classes involve more discussions, discussion groups, student teamwork and team projects, and visiting speakers; some parts of student curriculums offer exchange programs to other institutions in order to get a sense of what is taught in other places.

My Definition of Success
I think many things depend on setting. I think it's important to set goals, goals that should be a stretch so that is not something you can automatically accomplish, and then to set up a strategy systematically to achieve those goals and to implement those strategies successfully so that in the end you feel you have completely or largely achieved what you want.

What I Believe Makes a Strong Leader
I think the characteristics of leaders differ depending on their setting and circumstance. I think the essential characteristics of all leaders include integrity, openness, and transparency in most situations. To be serious about preparing to lead so that when you are asked to do so you are qualified, you must have these qualities and you must also be able to learn how to make decisions: not just any decision, but the best possible decision. For instance, when I was running for the presidency, I spent a lot of time during the campaign assembling the best people for my team. I knew it was not only my personal quality that mattered but the quality of my team as well. In a way, everybody on my team was a leader: everybody had a role, a specialization, whether it was in public relations or political savvy, and so everybody was a leader in his or her own way.

My Advice to Young People
The first thing I would stress is to make sure that whatever you do, put in one hundred percent. Really devote yourself to it so you won't later say, "I could have done much better or really set my mind to it." No, I think when you are young you should think of whatever you are doing as being in the Olympic Games. You want to achieve the best outcomes you can so that you won't look back later and think you could have done it better. Rather, you should look back and say, "I really did the best I could. I left no stone unturned." I recognize my limits. I realize how much I can and can't do, which often leads you to strengthen your abilities. You naturally advance that way. I think many people forgo their abilities or don't become full leaders because they don't have the willingness to test their limits, especially when they are young.