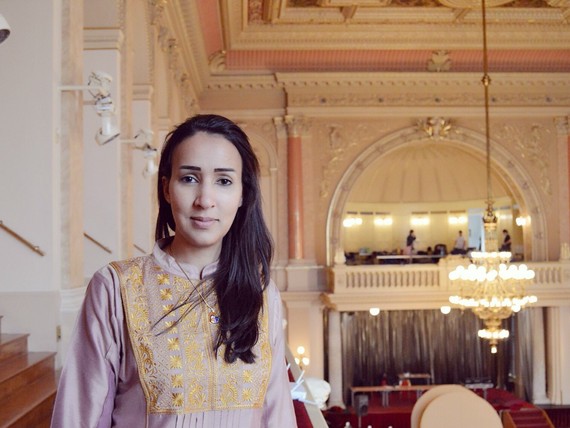 In May 2011, Al-Sharif filmed herself driving a car in Saudi Arabia, where women are prohibited from driving. She posted the video on YouTube, called on women to participate in a Women2Drive campaign on June 17 of that year, the video received nearly 700,000 views in a single day. During a second turn at the wheel, she was imprisoned for nine days.

Al-Sharif was recognized by Time Magazine as one of the "100 Most Influential People in the World", and by Arabian Business as the most inspiring Arab woman. She was also awarded the Vaclav Havel Prize for Creative Dissent at the Oslo Freedom Forum. Al-Sharif was the first Saudi female IT security consultant working for the oil company Saudi Aramco for 10 years. Lan Anh Vu sat down with Al-Sharif at Forum 2000 to hear more about her journey, how she launched the Women2Drive movement and the key lessons she has learned along the way.

Guardianship System in Saudi Arabia Under Saudi Arabia's rigid Wahhabi school of Sunni Islam, women fall under the legal authority of a guardian. No matter what your social status, age, or education, if you are a woman, then you are always treated as a minor and in need of a legal guardian--a man--for your entire life. They say that this law is to protect women.

Women cannot study, travel, marry, or even receive medical treatment without the consent of their father, husband, or another man in their family. I was taught that as a woman, I am entirely 'awrah. If I walk down the street, then I have to cover up. Women cannot use their names. For example, if my mother calls to me on the street, then she has to call me by my brother's name. So, I have been faceless, voiceless, and nameless.

How I Launched the Women2Drive Movement It was May 2011, I complained to a colleague about the harassment that I had to face in trying to find a driver to take me home, even though I have a car and an international driver's license. In 2009, when I was working in Boston, United States, I got my first driver's license at the age of 30. When I returned home, however, I could not drive in my own country. There is no official law that bans women from driving, it's just a societal norm.

For women in Saudi Arabia, if you want to work, then you need a guardian--a man--to grant you permission to work. But to go to work and return home, you also need a man to drive you. There is no public transport, there is no good taxi system, and the sidewalk isn't safe for women to walk on. It's a daily struggle for working women. The cost of hiring a private driver often deters women from entering the labor market. In families that cannot afford a private driver, children as young as 16 serve as drivers, and they are inexperienced. That's one of the reasons why Saudi Arabia has high traffic fatalities.

In 2011, amid the explosive Arab Spring, activists used social media to call for action. I was inspired to create a video and called for women with international driving licences to go out and drive on June 17. I recorded a video of myself explaining what the campaign was about, and for the first time, I showed my face. Finally, I had come to light; I had a face, and I existed. I was there to speak up for myself.

When the video was posted on YouTube, it received nearly 700,000 views in a single day. I started receiving death and rape threats unless I stopped the campaign. The government stayed very quiet. I wanted to know how the authorities would respond on the actual day, June 17, when women went out and drove. So, I asked my brother to come with me, and I drove past a police car. I was arrested, sent to jail, and signed a pledge not to drive again. I didn't realize until after I was released how many people were inspired by my simple individual story about something that so many of us do every single day. The news embarrassed the government, which felt compelled to release me after Hillary Clinton and human rights organizations called for my release. It inspired so many people around the world and even created a rally that led to my release nine days later.

On June 17, about a hundred brave women drove despite all of the streets were packed with police cars at every corner. Not even one of those women was arrested. We broke the taboo that day.

For us, driving is not what we are looking for, but being in the driver's seat of our only destiny. That means ending guardianship in Saudi Arabia, which means recognizing women as full citizens. I always say that countries that keep women in the backseat will always end up on the wrong side of history. 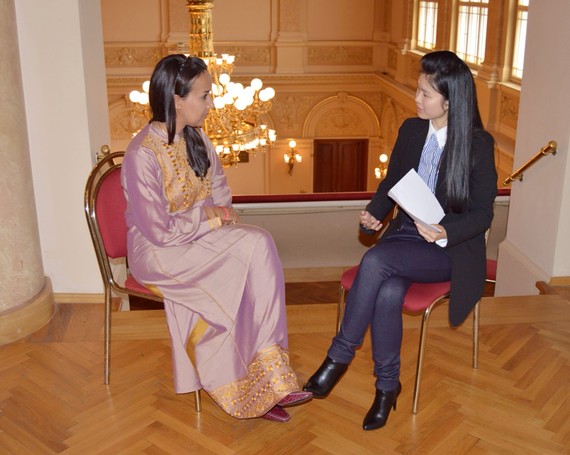 Lessons Learned There are always rumors when you speak up in countries like mine. So, you always have to be available. You have to be present on social media and not question the rumors, but simply be there. You have to talk about the things that you do, because unless you keep them busy with what you do, they will keep you busy with what you say. That is what my activism has taught me.

I found that when you come up with something new, you speak against the status quo, and people come out in three groups. Twenty percent are totally against you and will do everything to bring you down. Another twenty percent is supportive, but the other sixty percent are the silent majority. They are the people who you should go and talk to, because if you motivate those people, then you can create the critical mass that can create change.

You also need to have a support system. When you speak up, be prepared to pay the price, including losing your job or custody of your children. You could also face a lot of pressure from the family. My family has been totally against it, not because they don't want me to get rights, but because they are afraid that I would be harmed. But if you keep quiet, then nothing will change and you will always be in the silent majority.

Women Voting in Saudi Arabia In 2015, women in Saudi Arabia were allowed to vote and run in municipal elections for the first time. However, the election was for municipal council members who have few powers. All powerful government positions are appointed by the King. Shura Council members are also appointed, women make up a fifth of the Council and have advisory power on policy with limited legislative powers.

My Message to the World My message to the world is to surrender your ego: try not to think that you are not as fortunate as some people or inferior or not as good as someone else. Everything is possible; we just need to be hopeful and think of the world from a human perspective. The world is so small compared to the universe, so we shouldn't fight for petty things.