I was eight the first time I saw Pam Grier naked.

My father -- battling his usual bout of insomnia -- was up late watching television while I feigned sleep on the love seat. For over an hour, he shuffled through our collection of VHS movies looking for something to watch. He settled on "Coffy," a Blaxploitation film starring actress Pam Grier.

Grier's unapologetic afro and undeniable sex appeal blazed the screen -- and her willingness to be totally nude without objection held my attention. Nudity, outside of bathing, was a concept not spoken of or allowed in our Islamic household. We were to be draped in the proper garb daily: scarf over our hair, backside covered, and skirts well past our knees.

Yet, that memory of Grier -- loose breasts, brown skin and ample backside -- played in my mind often as I grew into puberty and my own womanhood. I had not seen Grier's dominion in any woman I came across in real life. Her character served as the antithesis of what it meant to be a Muslim woman in the 90s, and I knew I wanted that for myself.

The awkward trampling of puberty led me into a shell, though. I was about 12 when my breasts began to grow and show more visibly through my clothes. I was blessed with my mother's body, so that meant my backside was high and round as well. My body was now transformed from tomboyish to beautifully feminine, but no one gave me any indication of what it meant to have this new body.

The only message I continued to receive had to do with the importance of covering up. I was becoming housed within myself unable to understand the growing sensations that bubbled endlessly.

As a young Muslim girl, I had to disengage from the personal pursuits of pleasure -- self or otherwise. I could only be engaged in servitude and acceptance. My duties revolved around being quiet and obedient. My fulfillment would come from being conjoined with one man who chose me; but I knew I wanted to be the one to do the choosing.

It wasn't until I turned 16 and came across the prolific works of Black Feminist theorist Audre Lorde that I began to understand my sexuality and why Grier's on-screen freedom immediately drew me in.

"Sister Outsider" sparked my eroticism. Her words gave me permission to love the parts of me that society often deems unacceptable, like my sexuality -- the part of me that I see as more than a tool for procreation. She let me know I deserve to be seen as both powerful and dangerous all at once.

Eroticism became my power to dance despite the suggestiveness of my movements. It was the opening that connected me with my body for which I could and would do whatever I pleased. 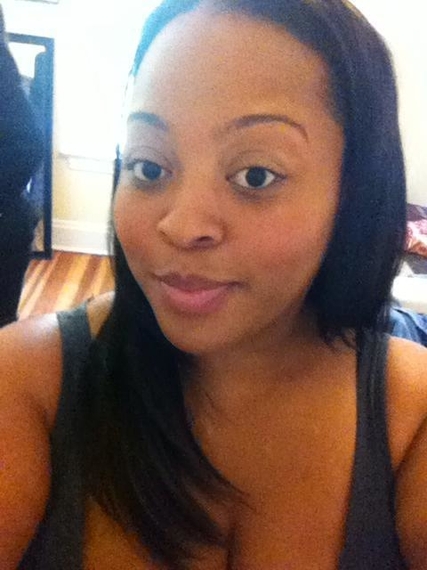 This power was present when I dared to strip down to just my bra and laid under the scorching California sun one afternoon. I was beside myself with confidence, so I removed all the layers that I'd become accustomed to. It was all that I ever wanted: freedom, but this power also came with many consequences.

Those consequences are wrapped in the language used to describe women who are not afraid of delving into their power of eroticism: ho, bulldagger, tramp, slut, pro and so forth. There is a rare combination of power and positivity for the woman who dares to step out on her own against the status quo.

She has to clamor above the fray of noise from men and other women who consider her unworthy.

This rhetoric has been shown with the growing presence of Cardi B, the newly-minted "Love & Hip-Hop" star and Instagram comedian. People often try to diminish Cardi B by calling her the "ex-stripper with the booty shots," as if she is not due honor or proper recognition.

What I have come to see in Cardi B. is the exposure needed for women to quickly understand who we are -- or were -- cannot be left for others to define. Cardi B's presence is the epitome of Audre Lorde's quote on defining oneself: "If I didn't define myself for myself, I would be crunched into other people's fantasies for me and eaten alive."

I do not have the same background as Cardi B, but she represents the courage I wish I had garnered early on. I wish I had the grit to stand firm in my existence as a woman who, without provocation, loves sex and myself enough to be liberated by it.

Cardi B. exists outside the norm of what a woman should be.

She is loud, outwardly expressive about her sexuality, she reveals her flaws with pride, and she can check a dude with the quickness. Society demands women be demur, and to be seen and not heard.

These demands have stripped us of our wild nature, which is the most positive part of us.

Cardi B.'s advice to women is precise: stop allowing those, especially men, who have no true knowledge of your journey to have a say in the way you finesse it. Her rhetoric pays homage to Audre Lorde, especially when Lorde wrote, "who I am is what fulfills me and what fulfills the vision I have of a world."

I have come to stand firm in those words. I speak for, and stand with, every woman whose voice and body has been silenced by rules they had no part in creating. My intensity is a way forward for the little girl in me who was forced into covering the greatest parts of her.

I now fully understand that I am desire. I am a thousand watts of courage, fire and feeling. I am Pam. I am Cardi. I am Audre. I am freely ME.