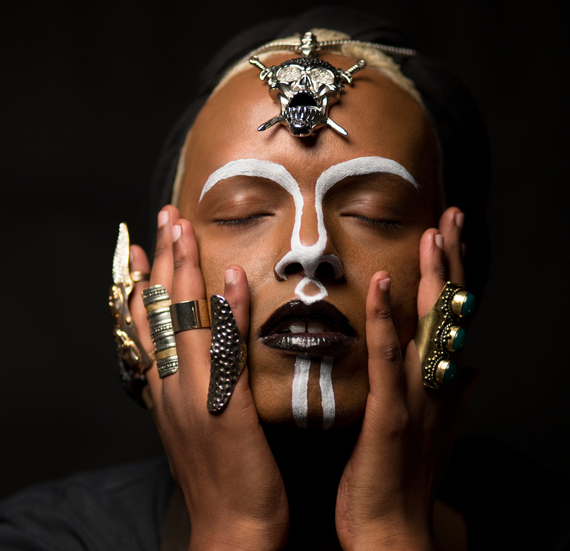 In E.E Cummings poem, "Love is a Place," he writes: "yes is a world/ & in this world of/ yes live/ (skilfully curled)/ all worlds." It is a reminder that some of the most moving and meaningful experiences occur when we embrace new and unexpected possibilities.

I say this because saying yes to life is frightening, filled with all kinds of booby-traps, laced with rejection or indifference to one's attempts to be daring. No-one walks around hoping to have their heart broken, no-one dreams of having their hopes invalidated: it's simply not how we're wired to function. Irrespective of where we're coming from, we want to experience love and be respected. We yearn for success in our personal and professional lives. We want our realities to matter, to be validated by others.

I have been going to my doctor's office every fortnight for the last decade to have an injection. This injection contains an anti-psychotic medication called Risperidone. Without this medicine, I struggle to see sense. Day-to-day activities assume an irrational intensity, hallucinations kick in and my appetite plummets or balloons. There is no shame in stating this because it's simply a small fact in the larger scheme of my existence. It would have been incredibly easy for me to reject this medicine and even deny the fact that I suffer from a mental illness. The medication comes with its own long list of side-effects, but if I had declined to take it, I would have engaged in an act of denial and deliberate self-sabotage that would have harmed me and my loved ones.

By taking ownership of my life in this way, by effectively saying yes, I have gone on to achieve things that I never dreamt I was capable of. With my health in check, I have put myself through university and developed a burgeoning career as a writer and visual artist. The truth of it is that saying yes may be challenging but it's also infinitely more rewarding than saying no. Saying yes to new friendships, to new creative paths, to new career-goals carries its own risks but it's the equivalent of embracing one's personhood. It's the equivalent of developing a robust sense of pride.

My future sometimes feels hazy and, like most people, I'm afraid of failure. I say no to potentially exciting new ventures more often than not. But this is changing. I'm teaching the small, scared animal within to emerge from its burrow and greet the sun.

Diriye Osman is the Polari Prize-winning author of "Fairytales For Lost Children" (Team Angelica Press), a collection of critically-acclaimed short stories about queer Somali youth living in London, Nairobi and Somalia. You can purchase the book via Amazon and you can connect with Diriye via his website.