"Bass Player Wanted" opened what I'm hoping will be a door to a different kind of final season, focused on the mother, the gang and the big stuff. It was the last episode of 2013, the midseason finale, and it was lovely.

When we last saw Marshall, he was rhyming (groan) his way down a Farhampton highway, hoping to get to the Inn. In the beginning of the episode, the mother pulled over and picked up Marvin and Marshall. Immediately she recognized him from her conversations with Lily on the train and at the Inn. That is how Marshall met the mother.

Every encounter a member of the gang has had with the mother has been delightful. She gets them and is eager to get inside their psyche. It's obvious to us as viewers that she's meant to meet Ted, but I have to wonder what she's like with other people in the "HIMYM" universe. We never saw her interact with grocery store owners or cab drivers. So, when she hung out with Linus -- "thank you, Linus" -- I was relieved to see that she wasn't just a mythical "HIMYM" angel sent to befriend everyone important. Well played, to the writers who are making her a little more well-rounded. 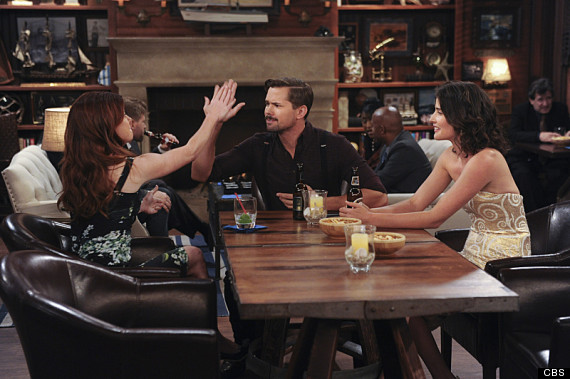 While Marshall and the mother were on their way back to the inn, the gang hung out at the new MacLaren's -- a.k.a. the hotel bar -- when Elijah from "Girls" Andrew Rannells walked in. Rannells, who, we might add, looks way better without that goatee, guest starred as Darren, the lead singer in the mother's wedding band. But he's a friendship ruiner, and gave Lily, Robin, Ted and Barney "emotional prostate exams." (The mother has gotten some exceptional lines in the few scenes she's been in!)

He told Lily that Robin sided with Marshall in the whole judge versus Italy ordeal. He told Robin that Lily stole her thunder on made her wedding weekend. The women kiss and make up, of course, and we are reminded just how close they have become over the years. The show hasn't been solely about male friendship since the first two seasons, but it's always a nice reminder to see the Robin-Lily love, even if Lily's desire for Robin is used as a running joke. 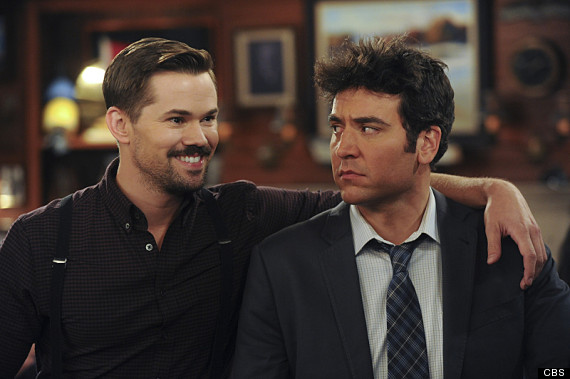 But Darren caused the most trouble between Barney and Ted. He told Barney of Ted's plan to move to Chicago. The fight quickly dissipated when Barney realized why Ted needed to leave. He couldn't just hang out with Barney and Robin while Lily and Marshall lived in Rome. It would be too painful and he needed a new start.

We end the episode with another broken bottle of that beautiful scotch, Marshall and Lily's sweet reunion and Barney and Ted's touching goodbye. Oh, and THE LAST SLAP. But that will have to wait for 2014.

Things We Learned About The Mother:

What did you think about this week's episode? How do you feel about the mother?

PHOTO GALLERY
How I Met Your Mother
Download
Calling all HuffPost superfans!
Sign up for membership to become a founding member and help shape HuffPost's next chapter
Join HuffPost

Andrew Rannells How I Met Your Mother Television CBS