When I am called up for an aliyah (the honor of saying blessings over a part of the Sabbath Torah reading), I am called by my Hebrew name: Eliezer ben Yaakov Meir ve-Leah. My family follows the Ashkenazi custom of naming children after deceased relatives and I am named after my great-uncle Eliezer.

So who was Eliezer? His real name was Lejzor Trajster (the original Polish/Yiddish spelling of my family name: pronounced Lazar Treister) of Lagow, Poland, and he was one of my grandfather's older brothers. I have a picture of him on a postcard sent from Lagow to Toronto in the 1930s to the all the relatives of the Jewish community who had immigrated in the previous decades -- my grandfather came to Toronto in 1905 -- to ask them for contributions before the High Holidays for the Free Loan Society (Gemilut Hesed Casa) which gave people interest-free loans to help them make a living. This was the highest form of tzedakah according to traditional Jewish ethics. He was a member of the governing board of the society (see the postcard below; he is No. 5), and I have also learned that he was a member of the Kehilla's (Jewish communal organization) board of directors in 1932, who were charged with raising money for food to help the poor who constituted a significant percentage of the community.

What happened to Lejzor? He was murdered along with his wife Golda Hershenhorn and their two children sometime after Oct. 27, 1942, when the Jews of Lagow were sent first to the ghetto in the larger town of Kielce and then to the Treblinka death camp.

So I don't personally need Holocaust memorial services or memorials to remind me of the loss of Lejzor and his family or his sister Nacha and her husband Hershel Dales, or his other sister Fradle and her husband Elyeh Vigorny, nor does my wife need such reminders to remember her father's uncle Karl, his aunt Paula and their four daughters Miriam, Ruth, Susan and Liesl, or any of the rest of our families that by chance and the cruelty of nations never made it out of Europe.

And I don't like it when the Shoah is appropriated by politicians for their political agendas or when people start calling each other Nazis. Every great historical tragedy needs to be remembered for what it really was and for who were the victims -- there is no need for a competition of suffering. And it is appalling when people use the fear and the loathing of Nazism for trivial political points and paranoid conspiracy theories. And as for those pathetic people who pretend to be Nazis with their salutes, flags and marches, I have nothing but contempt and scorn, not fear.

I understand that many people want and need to have memorials, services and museums. I do see how important they can be to remind people of the horror of the lives lost. But every year on Yom Ha-Shoah my wife and I light six memorial candles for the murdered millions of our people. And I need only remember my name. 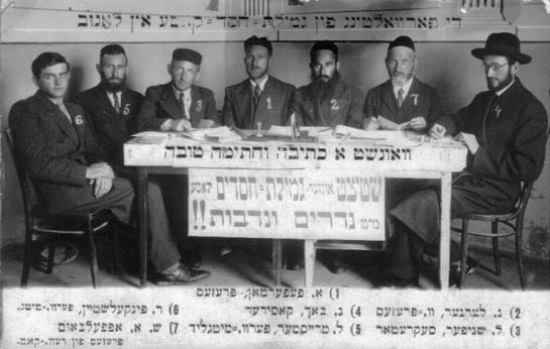