Ashish Patel is a Fullstack Developer at CommonBond; he previously worked in tech and financial companies large and small and earned his Master's of Engineering in Computer Science from the University of Pennsylvania. The team here sat down with Ashish to discuss his choice to pursue a master's degree and his plan of attack for paying off his student debt.

Why did you want to get your master's to begin with?
I wanted to learn how to build things. While software developers don't build tangible, physical stuff, we do build stuff. We have to put some amount of thought and longevity into what we're building. When you're building a bridge, you're thinking about how many cars it can sustain and how long can it last. Analogously in software, if your platform becomes popular, you need to make sure a million users won't break it. Engineering software offers you similar challenges as you'd get with tangible objects.

I also decided to get my degree because I wanted to use my grad school to pick the city I'd wind up in. After finishing undergrad, I still had an appetite and enthusiasm to dig deeper into the realm of Computer Science, so I decided to get a master's in it.

How did you think about paying for grad school?
I knew I would need some loans to pay for my education. I had few options at the time -- banks saw it as too much of a risk to lend to an international student. Fortunately for me, Penn had a partnership with Sallie Mae to allow international students to get loans. We got our loans at a rate of around 9% to 11%. I borrowed $52,000 to cover a year and a half of school.

What was your repayment plan?
I deferred my loan until my grace period ended [six months after graduation]. Then I joined an investment bank in New York as a tech associate. Meanwhile I had relatives in Yonkers who said, "Come live with us. Situate yourself, then look for a place in the city." I was not obliged to pay rent. I got so comfortable that I stayed for four years, and I used those years to wipe away my debt. After that, I moved into the city with no debt. That was a good feeling.

Did your loans affect your next step after graduate school?
Debt has never been a factor in me making decisions like my job. I took my offer because the chance to be in New York working for an investment bank was an opportunity I wasn't sure I would ever get again. Moving to New York was an even bigger reason for accepting the offer. That was my first job out of school, and I met amazing people and learned a tremendous amount, both technical skills as well as corporate culture. Eighteen months later, however, I found myself bored with what I was working on then and decided to join the startup world, which was pretty nascent at the time in New York. I've never looked back.

When I started out as a borrower, I didn't understand the granularity of the concept of a loan and how the interest rates, et cetera, really worked. I had no idea about refinancing my grad school loans -- the concept didn't ever come up. All I knew was it was debt, and I needed to get rid of it. I remember my first six months of trying to pay down my loans... It felt like just throwing money at a number that didn't seem to be going down. It took a good 8 to 12 months of me overpaying to actually see a dent.

Then there's such an ease of mind when you have no debt. Even if my interest rates had been lower, maybe comparable to what I'd get investing, I think being debt-free would go a lot farther for me than the 1% to 2% earned in the stock market. Managing money becomes a lot easier when you're not managing debt.

Ashish Patel is a Fullstack Developer at CommonBond, a student lending platform that provides a better student loan experience through lower rates, superior service, a simple application process, and a strong commitment to community. CommonBond is also the first company to bring the 1-for-1 model to education and finance. 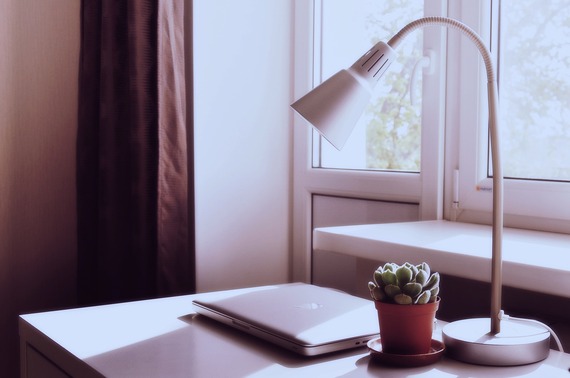