Sibling rivalry is an all too familiar concept at our house. I acknowledge that the responsibility for dealing with it lay in my hands, however, now that summer's here, the constant of it may wear me down.

There are days the siblings at my house snitch on the other in an attempt to defame the other, while other days they reside amid a frigid silent treatment.

I don't view it as horrible.

It is always fierce.

I say this because a few weeks back, Johnny Cash came into ear range of my kiddos on a Bluetooth shuffle. His throaty, deep voice belting out the lyrics to "I've Been Everywhere." A great song, with a long list of places he's been. My kiddos listened and then it started.

"I've been to more places than you."

So, let's just take those lyrics and narrow them down to where my kiddos have been:

I thought this would push the banter out.

Let's face it, it's been here for a very long time -- Cain and Abel, the Boleyn Sisters.

My kiddos are merely perfecting its art.

While they were still in full rivalry mode, we pulled into the movie complex and there was silence as we watched Captain America Civil War -- a good movie by the way.

Ironically, I realized that perhaps Civil War was another name for Sibling Rivalry. I mean, in the Marvel Universe Tony Stark and Steve Rogers are essentially siblings in their family of superheroes; right?!

On the walk out to the car, a new battle was blooming.

"No. Team Captain America is best!"

Thanks to the folks at American Tourister, this summer we're having a full-fledge battle. 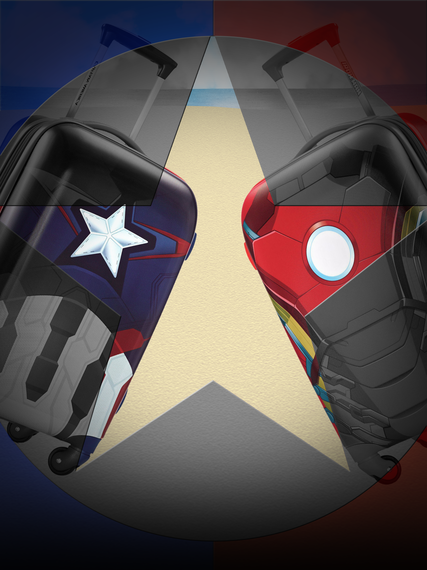 To end this once and for all, I challenged them to "pick a team" and "let the Civil War begin."

We sat down with maps and figured out states traveled by each.

One by one the kiddos asked about the 50 states. One by one we answered. 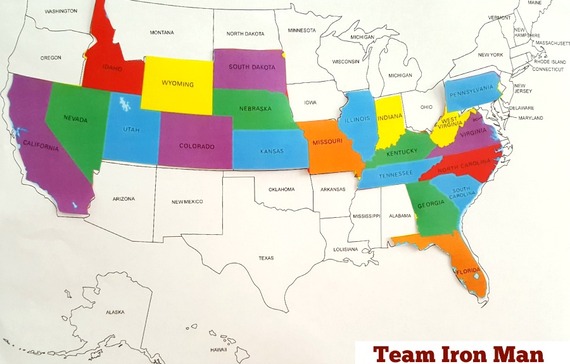 Impressive for a ten-year-old. 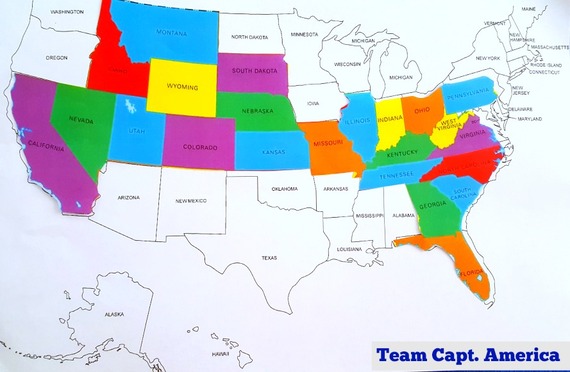 She went to Montana as an infant when we went to Yellowstone.

That was it. That one state made the difference.

"Told you." my daughter snickered.

In seconds my son was on the phone with his grandpa, wanting to know if he could go to Niagara Falls this summer during his two weeks at Camp Grandma and Grandpa.

Grandpa said, "Maybe. That might be a great idea."

Then with the stink-eye aimed at his sister, our boy added, "Canadian side."

It may take a while for this sibling rivalry to end. Y'know, since we're a family and pretty much scheduled for the same destinations -- together.

Regardless, we're traveling in style with our team clearly chosen American Tourister Marvel series, reminding us that even with big smiles and memories to be made, there's a rivalry ready to ignite. It's also one less thing to rival about...

Summer has become road trip adventures as we hit the road to see if one kiddo can outdo the other as we travel.