After a lifetime of sex, drugs, and rock and roll I often joke that I have done everything I could do to kill myself, and at my age have failed miserably. That is why on December 16th, it seemed impossible that a malevolent tortellini would lead to vomiting, which would lead to tearing a hole in my Esophagus, which led to violent excruciating stomach pain like someone took a chainsaw to my belly, which led to my calling 911, which led to the hospital ER telling me I didn't have food poisoning or stomach flu but a rare fatal condition called Boershaave Syndrome. A few hours later this led to the surgeon about to perform an operation to patch the Esophageal Rupture to stride up and introduce himself with the words "there's a 50% chance you'll die tonight during surgery, but a 100% chance you'll die without it." 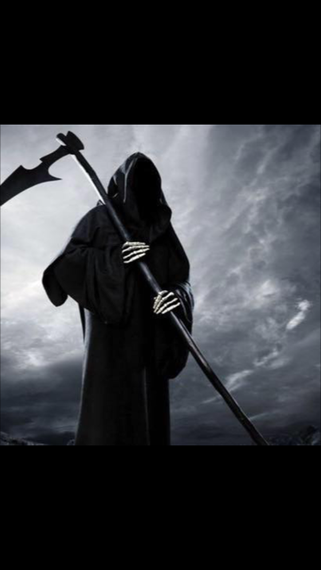 Pleased to meet you, hope you guess my name. But what's troubling you is...

... I just didn't feel it was my time yet. WTF I wrote on a last minute post on Facebook asking friends to send good healing energy and prayers. Holy Fuck! It wasn't like I went to Aleppo to do war reporting, or cross a Mexican drug king. I was having a normal day of yoga, shopping, a meeting, and a cheese tortellini in the West Village. Surely, if I were going to die it should be much later in life like Nelson Rockefeller, in bed making love to my secretary.

I had thrown up and torn the hole in my Esophagus around 5am. Only later was I told the reason it is critical to operate in first 24 hours is that stomach acids release into your body and if left unchecked go on a rampage to dissolve your vital organs. In the words of our President elect "Not Nice!"

With what seemed like dozens of hyper focused, deadly serious doctors, nurses, residents, students surrounding me ready to push into surgery, I stopped them.

I said this; "I want you to know who you are operating on, so I'm not just a number but a person. My name is Larry Dvoskin. All my life I have done what I love which is making music, with a mission to help others. I have worked with some of the biggest stars on the planet, but I also teach songwriting and mentor young students to follow their dream. If this is my last night on Earth I thank God for giving me such a great life. But, I feel I have more to contribute, more to give, more people to help so I put my life in your hands and pray that you are successful."

This really touched and moved everyone. I wondered if anyone ever did this before? It grounded the whole team in a spiritual way. But why stop there? I went further in asking everyone to surround me on the gurney as I prayed.

"Holy Spirit, please descend and fill these people who have gathered to heal me. May your divine healing power flow thru them and the very best in them shine through. Thank you God for I am surrounded by angels to my left, angels to my right, angels above me, and angels below. In your hands I place my life with gratitude and ask for the operation to be successful. Thank you and together we say, Amen."

I was ready after this to meet whatever fate lie ahead. As a quick afterthought I asked a nurse to take a photo of me, which I posted on Facebook with the brief cryptic message. 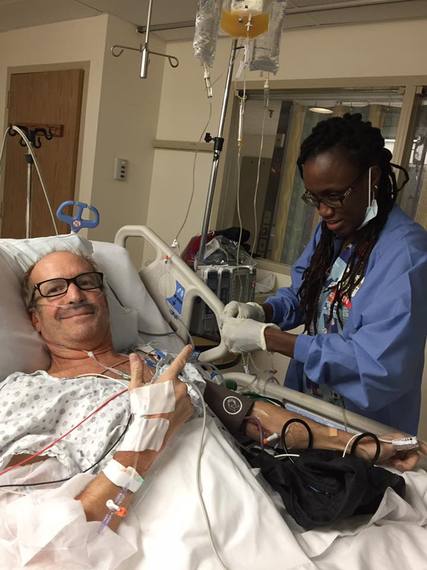 I don't know why I look so good in the photograph? Maybe it was the Fentanyl drip (the opiate that killed Prince) that they were kindly pumping into me pre-surgery? It's a mystery.

The prep for surgery was intense. Perhaps more disturbing physiologically than the thought of my heart and lungs being dissolved by stomach acid, was that they had to stick a tube into my penis. "Not nice" as DJT would say. Luckily, shortly after it was lights out as the anesthesia kicked in.

I awoke early the next day to silver and gold shards of sunlight streaming in the window, the sounds of birds making their early morning rounds and gossiping to each other. I was alive. Was I dreaming? The whole situation seemed surreal.

When I checked Facebook I was overwhelmed. Four hundred and seventy three people had written to me saying " sending love and prayers now," "we love and need you Larry, you got this." People I knew well, and people I hardly knew from the four corners of the world.

On a physical level wealth can be a number in your bank account but on a broader quality of life level it's the love we share with family and friends. That is true wealth. I felt like the wealthiest man in Gotham.

But what's puzzling you, is just the nature of my game...

The grim reaper who came for Bowie, Prince, George Michael and so many musicians and actors in 2016 came for me too. Only I had headphones on so I couldn't hear him when he knocked on the door. In next installment of this three part series I'll describe the complications during hospital stay and in the third part will be my return home. Thank you to everyone for your love, prayers, and healing thoughts that continue to arrive daily. I am alive thanks to you.