Much of the growth and demographic shifts in the United States over the last five and a half decades have been echoed on a smaller scale in Illinois. But there is one important exception: Illinois' population is growing at a slower rate than the country as a whole.

But Illinois is similar to the rest of the country in that it has seen a higher percentage of women than men living here since 1960, according to U.S. Census Bureau information. The state has also seen an uptick in the median age of its population as large generations such as the Baby Boomers age, similarly to the whole country, from about 30 years old in 1980 to almost 37 in 2010.

Illinois has also seen an increase in minority populations since 1970, when a huge majority of the state's residents called themselves white. The number of people who are black, Hispanic or Asian has increased to the point where nearly 35 percent of all Illinoisans call themselves by one of these three designations. Race information is not available before 1970 because the Census only kept track of "white" and "non-white" identities in questionnaires from 1960 and earlier.

Check out the infographic below to see statistics about population, race, gender and age broken down more specifically. Because different Census questionnaires ask different questions, not all information is available for every year. 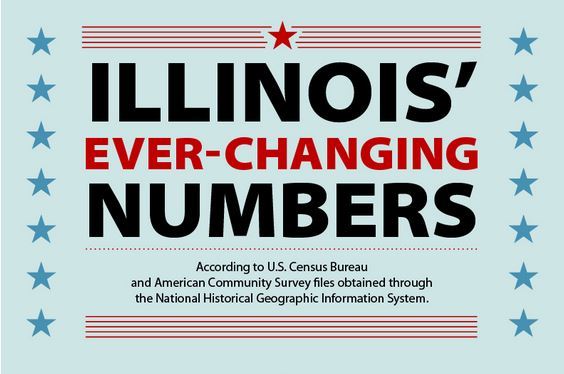 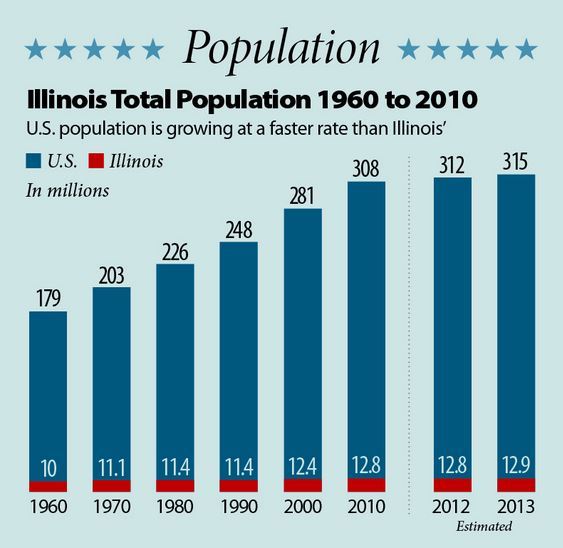 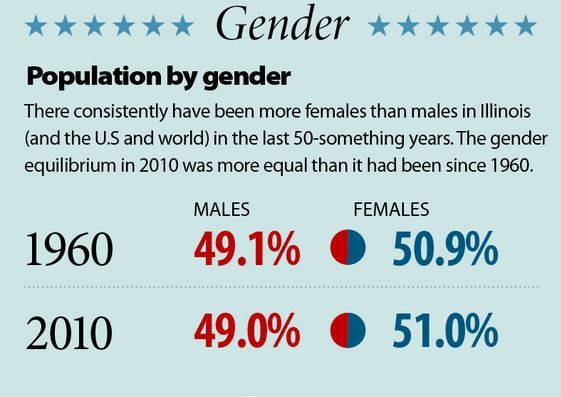 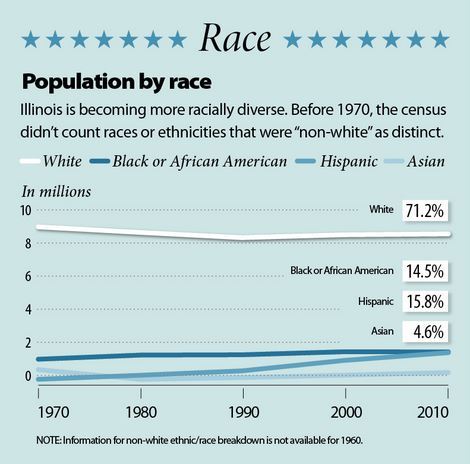 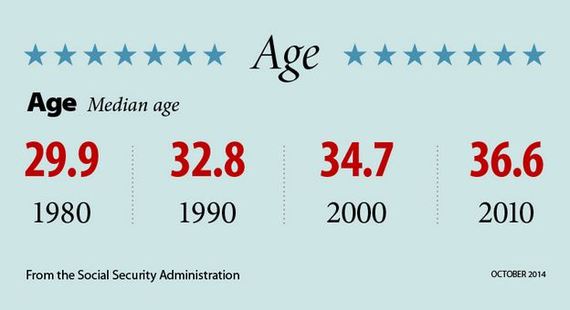 The Census tracks all kinds of information. Check out how educational attainment and income have changed in Illinois and how the shape of Illinois families has evolved in that same period.

NEXT ARTICLE: Proposed Illinois eavesdropping law corrects one problem, but invites many others