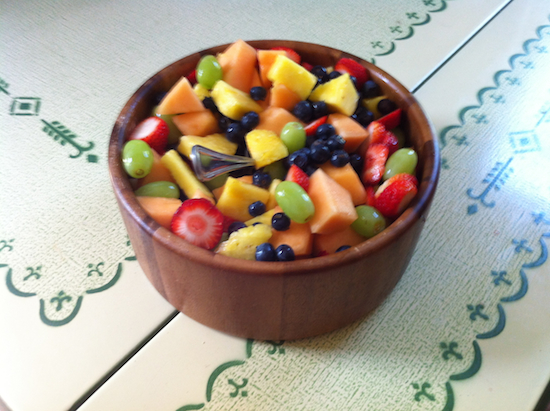 Sometimes in life you get a wake up call that hits too close to home ... and work. "Your blood sugar is 106 and if you don't make changes at some point you will have diabetes," words from my doctor that served as an enormous wake up call.

According to the American Diabetes Association, I am not alone, with 79 million people in the U.S. with pre-diabetes and an additional 7 million who have diabetes, but are still undiagnosed.

In my world this news comes with a lot of background knowledge. As a member of the Wound Care Advantage team, I am acutely aware of the dangerous slope from diabetes and obesity to non-healing wounds.

A rebirth in caring about my health. Getting the news that I was going to be a father was a life-changing event for me. I started thinking about my health and living as long as I can. I headed to my family physician for a full physical after a four-year absence from seeing any doctors.

It was during this visit that I learned how truly naïve I was to the danger and reality of diabetes. Despite witnessing my own father fighting type-1 Diabetes for nearly his entire life and more than five years of working in the wound care industry, I still believed it would never happen to me. After all, I ate -- for the most part -- fairly well. I even occasionally made a kale smoothie and posted it on Instagram. So imagine my surprise as my doctor was going over my test results and said my fasting blood sugar is 106 and I am in danger of becoming a diabetic!

If I thought this way, how many other Americans do as well?

What qualifies me as pre-diabetic?. To get a better handle on this news, I went straight to the experts and reached out to some new friends at some of the biggest diabetic organizations on the planet.

I spoke with John Crowley, director of communities and content at Alliance Health Networks. Crowly oversees the development, management, and production of patient support communities including, Diabetic Connect. Crowly also happens to have a son with type-1 Diabetes, which he said deepens his connection to the Diabetic Connect community.

"I'm not a medical professional and so I'm not an expert in diagnosing pre-diabetes," he said. "My understanding is that if your A1c is between 6.0 and 6.5 or if your fasting blood glucose level is between 100 and 125, then you would be considered pre-diabetic."

Starting to combat pre-diabetes can be overwhelming. John E. Anderson, MD is President of Medicine and Science at the American Diabetes Association and knowledgable on this subject.
"Both fasting and after meal blood sugars can be lowered in people with pre-diabetes by lifestyle changes that incorporate a healthy diet with 30 minutes of exercise five days a week," he said. "Achieving a weight loss of 5-7 percent was shown in the Diabetes Prevention Program to reduce by 58 percent the progression from pre-diabetes to overt type 2 diabetes over a five year span."
According to Anderson, the best advice for staying on track is to set reasonable goals that are achievable. "Changing behavior is difficult, so making dietary changes and exercise efforts incremental helps the person avoid early frustration," he said. "Make these goals as important a priority as many other things we do in our daily lives."

Crowly said that they have seen numerous people join Diabetic Connect following a diagnosis of pre-diabetes. "Those who educate themselves and learn from others who have been down that road have found tremendous improvements through changes to diet, exercise, and lifestyle," he said. "Of course, these changes are not easy. Sometimes people are fighting against generations of bad habits."

Can pre-diabetes be reversed?. According to Crowly the great news is that the payoffs for eating a well-balanced diet (something their Facebook page focuses on) that is centered on fresh, non-starchy vegetables and lean proteins as well as increasing physical activity levels is well worth the effort.

"Many people report reversing their symptoms and delaying the progress toward type 2 diabetes," he said. "I believe all the latest research certainly supports that changes to diet and exercise can return blood sugar readings to normal levels in people with pre-diabetes."

But is change absolute? "I can't really say that such changes guarantee that someone who makes those lifestyle changes will never be diagnosed with type 2 diabetes," Crowly said. "Some people seem to have such a strong genetic pre-disposition toward type 2, that these changes can only delay a diagnosis. But for others, such changes seem to protect them against any further progress toward type 2."

Becoming a diabetes advocate. After the initial anger at myself for allowing this to develop, I thought about what I can do with this experience. I could silently try to make changes and hide the possible onset of diabetes like so many others, or I could speak up and hope that someone listens.

Anderson and the American Diabetes Association believe that we need everyone to understand that diabetes is serious and that early screening and treatment play enormous dividends over time in reducing complications.

"The ADA attempts to do this through its Stop Diabetes movement, raising awareness and calling people to action," he said. "Increasing the number of people who know that they have pre-diabetes can result in a tremendous opportunity to prevent or markedly delay the onset of diabetes."

Last night I dreamt that I had a non-healing wound. It was deep, gross and I could see to the bone. It was something I had never imagined as a possibility for myself in the past.
At Wound Care Advantage one of our goals is to educate patients and break through the barrier we face of people not caring about diabetes, obesity and non-healing wounds until it happens to them. I urge everyone to be screened for pre-diabetes and diabetes as soon as possible.