Back when our grandparents used to visit the Sunshine State, there was always one place that they had to visit. And that was Cypress Gardens in Winter Haven, Florida. Started back in 1936 by Dick Pope Sr. and his wife Julie, this 170-acre park quickly became world-famous for its lush botanical gardens & elaborate water skiing shows. 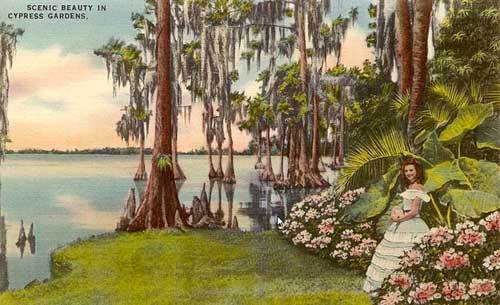 But with the opening of Walt Disney World in 1971, the center of gravity for Florida tourism suddenly shifted over to Orlando. And with fewer & fewer folks now willing to drive on out to Polk County to sample Cypress Gardens' admittedly old-fashioned charms, the Sunshine State's first commercial tourist theme park went through some tough financial straits. Beginning in the 1980s, Cypress Gardens changed hands multiple times, with each new owner not knowing quite what to do with the property.

Finally in January 2010, Merlin Entertainments -- the world's second largest theme park and attraction operator -- purchased Cypress Gardens with the intent of turning this beautiful piece of lakeside property into LEGOLAND Florida. Which caused a lot of folks around the United States to fret. Mostly because they believed that their grandparents' favorite Florida vacation stop was about to disappear under a blizzard of plastic bricks.

Ah, but that's not quite what Adrian Jones -- the longtime Merlin Entertainments employee who was named as General Manager of LEGOLAND Florida back in August of 2010 -- had in mind for the property.

"You have to understand that Merlin Entertainments knows the value of mixing the old with the new," Jones explained during a recent phone call. "Take -- for example -- the Alton Towers Resort, our flagship property. We've got the Towers ruins right there inside of that theme park. The public is welcome to tour those ruins during daylight hours. And honestly, they're one of the more popular attractions at this UK theme park."

Well, Cypress Gardens wasn't quite as far gone as the ruins at Alton Towers were when Adrian arrived in Winter Haven nearly four years ago. But it was clear that this 170-acre parcel needed some TLC ASAP. 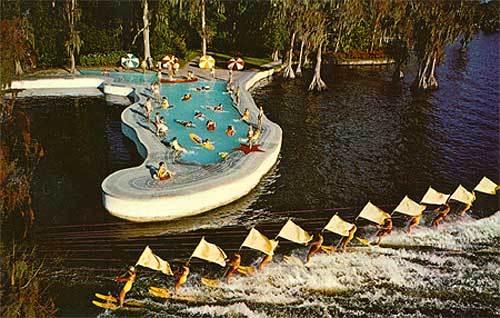 "I mean, I remember when I was walking around the grounds for the first time. And I went down to take a look at the Florida state pool. Which is this outdoor pool that MGM had built back in the early 1950s, back when they were shooting an Esther Williams movie on location at Cypress Gardens," Jones continued. "Well, by the time I got there, Esther was long gone but a trio of alligators had moved in. And it took us quite of a while to persuade those gators to vacate the premises."

But even with how overgrown the botanical gardens had gotten and the general disrepair of the pathways & benches through the backmost part of the property, Adrian saw the obvious potential of the place. A theme park that -- he hoped -- could be turned into something that would only celebrate the Sunshine State's past but also become a must-see attraction for the next generation of Florida tourists.

"And that -- in a nutshell -- is how Merlin Entertainments went about transforming Cypress Gardens into LEGOLAND Florida. Wherever possible, we kept pieces of the previous version of this theme park -- things like the Island in the Sky & the water skiing show -- in place. While at the same time, we brought in this wide array of brand-new LEGO-based rides, shows & attractions. All to give Central Florida visitors a reason to drive on out to Lake Eloise and see all of the changes that we'd made to the place," Jones said.

And the changes didn't stop once LEGOLAND Florida officially opened to the public on October 15, 2011. Merlin Entertainments made sure that every six months or so, something new was popping up at the park. 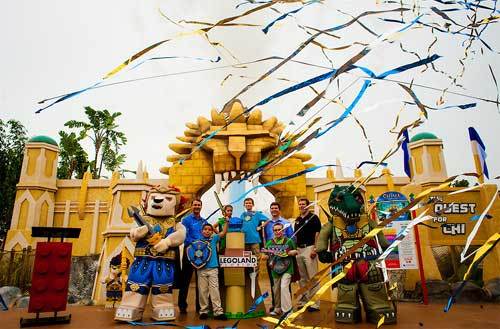 "It was all about striking just the right balance. For the parents & grandparents who'd been here previously, we wanted them to see & appreciate the various tributes to Cypress Gardens that we'd scattered around property. Things like those LEGO southern belles we have out by the gazebo. It took over 60,000 plastic bricks to replicate the exact look of those hoop-skirted dresses the Popes used to have their female employees wear," Jones stated. "But for the younger members of the family, we also added things like our Star Wars Miniland in November of 2012 and the World of Chima in July of 2013."

And that ongoing effort to mix the old with the new continues at LEGOLAND Florida. For right on the heels of re-opening the newly restored Florida state pool & Oriental Gardens back in March, this past Friday, this theme park threw open the gates to DUPLO Valley. Which is a brand-new farm-themed area geared towards toddlers ages 2 to 5. 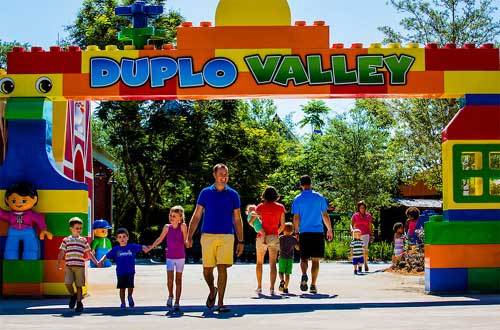 Of course, there's still the matter of trying to persuade people who are vacationing in & around Disney World, Universal Studios and SeaWorld to journey all the way out to Polk County to visit LEGOLAND Florida. But Adrian believes that the two key pieces to that puzzle will click into place by the middle of 2015.

"That's why the Orlando Eye will officially open for business. And given that Merlin Entertainments will be operating all of the attractions onsite there -- the Madame Tussauds, the Sea Life Aquarium as well as that 425 foot-tall observation wheel... Well, we're going to start offering bus service that will take people from I-Drive straight out to LEGOLAND Florida from the Orlando Eye complex," Jones explained. "I think that transportation option will really appeal to Central Florida tourists who don't relish the idea of taking their rental car out on I-4 and then trying to find their way back to Highway 27."

Just about that same time, LEGOLAND Florida expects to be opening its first on-site hotel. This four-story tall structure will feature 152 Lego-themed rooms. And once that multi-million project throws open its doors, Adrian is hoping that this will change the public's perception of this Polk County attraction. That they'll then stop thinking of LEGOLAND Florida as a place that you visit for just a day and start thinking of it as a destination resort. 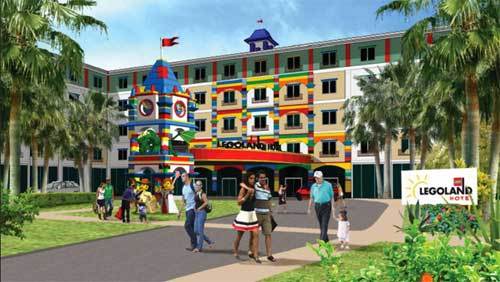 "We're especially hopeful that international travelers -- those people who already know how much fun our other LEGOLAND parks around the world are -- will, once the LEGOLAND Hotel opens, will start using this resort as their base of operations during their next Central Florida vacation," Jones continued. "And this LEGO-themed hotel -- along with its restaurant and its pool -- will feature some spectacular views of Lake Eloise. And when people look out at that lake, they'll understand exactly why the Popes chose this spot in Central Florida as the place to build Cypress Gardens."

So as you can see -- over the past three years -- Merlin Entertainments has been taking a methodical approach to revamping the Sunshine State's first commercial tourist theme park. Leaving just enough in place to please old Cypress Gardens fans (which perhaps explains why -- just last month -- the 30-acre botanical preserve at the very back of this property was added to the National Register of Historic Places) while at the same time adding something new (like some character meet-n-greets built around Warner Bros' surprise smash, The LEGO Movie).

"But that just how we do things here in the LEGO world," Jones laughed. "One brick at a time."

Which brings us to the obvious question: After that brand-new LEGOLAND Florida Hotel opens in 2015, what piece of old Cypress Gardens will Adrian and the Merlin Entertainments team next try to revive / restore?

"Well, there used to be this fleet of canal boats which would take Central Florida tourists on a leisurely cruise through the botanical gardens," Jones mused. "Maybe we could look at bringing those back."