Snowmaking is essential to keeping the slopes white and skiable during the winter months. It supplements natural snow, gets trails and terrain open more quickly in the early part of the season, and helps extend the season, on both the front and back end. Before snowmaking, it was common for ski areas to close several times during the winter and have much shorter seasons than they do today.

Modern snowmaking systems are much more advanced and efficient than those from just 10 years ago. On one hand, the process of snowmaking is a simple combination of water and pressurized air, deployed at the correct temperature and humidity, to make machine-made snow. On the other hand, the process of making snow is complicated, expensive, and labor-intensive. Here are five things about snowmaking you might not have known. 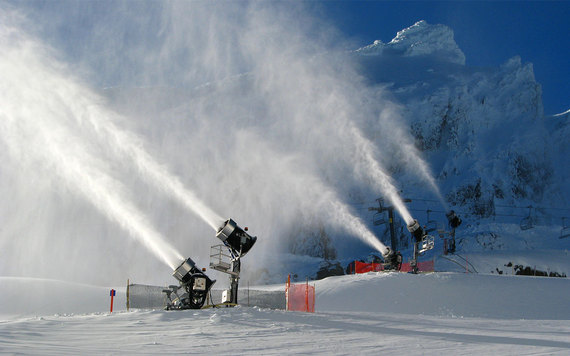 1. Nearly every ski area in the US has snowmaking.

The vast majority of downhill ski areas in the US (about 90 percent, according to NSAA statistics) have snowmaking operations. Nearly 100 percent of ski areas in the East and Midwest make snow. Even Western areas, which are well-known for copious amounts of natural snowfall, make snow in the early part of the winter season to lay down a base and to get trails open early in the season. The only region of the country where snowmaking isn't ubiquitous is the Pacific Northwest, where only about half the ski areas have snowmaking systems in place. 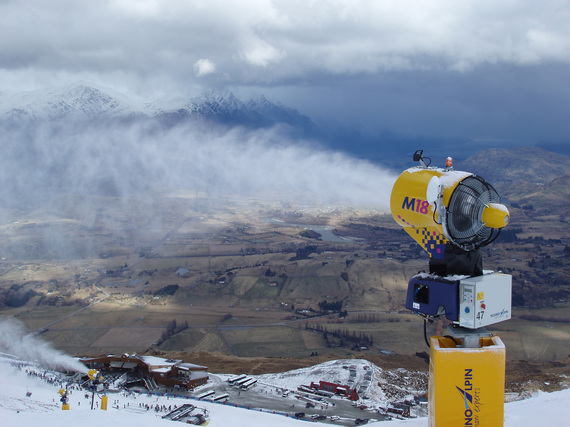 2. Snowmaking is essential to keeping ski areas in business.

Without snowmaking operations, ski areas risk going out of business. In the 1980s, the number of ski areas operating in the US dropped from about 725 to about 500. This decline was largely attributed to the fact that several ski areas didn't install the infrastructure to make snow. When a couple of low-snowfall winters hit, these hills went bust. Even this past winter season, several ski areas in the Pacific Northwest never opened due to lack of snow. Mountain managers at these ski hills are certainly keeping their fingers crossed for a snowy winter, because two dry winters in a row could be a major threat to their ski operations. 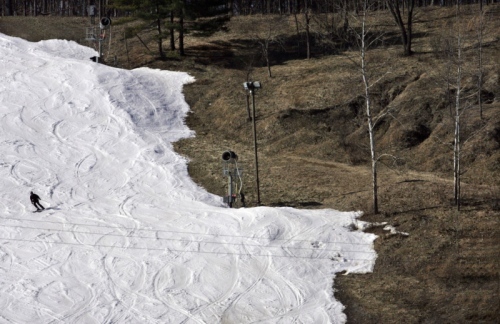 3. It's not artificial snow.

You might remember from your basic meteorology class (you took one of those, right?) that natural snow forms when water vapor in the atmosphere cools and coalesces around a nucleator, or a tiny particle such as dust in the atmosphere, and then falls to the Earth. Machine-made snow works the same way, so it is inaccurate to call it "artificial" or "fake" snow.

The snowgun draws water in, and the force of the compressed air breaks it up into tiny particles (a process called "atomizing"). These tiny water particles are subsequently blown up into the air. It helps if some sort of nucleator has been mixed into the water supply, so that the tiny water particle will have something to bind to. If the temperature and humidity are right, the water will crystalize into snow before gravity brings it back to the ground.

Water is a key ingredient in snowmaking, but that's not the expensive part. The power and the labor are what eats up the dollars. Air compressing pumps take a lot of energy to run, as do the pumps to force the water uphill. These compressors and pumps run off electricity or diesel generators, driving the ski area's energy usage higher than Joss Christensen on the slopestyle course.

Likewise, labor is often an overlooked expense in snowmaking. Significant manpower is required to move equipment to different parts of the hill, to measure the outdoor conditions, and to monitor the system during operation. As a result, some ski areas have recently installed computerized systems that automatically monitor the temperature and humidity, and then fire up the snowguns when conditions are just right. These snowmaking systems reduce payroll expense and make the entire operation more efficient. 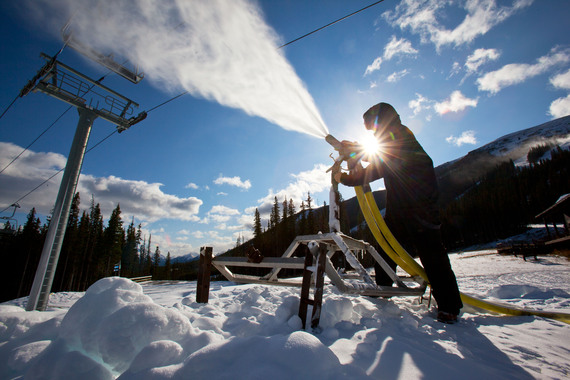 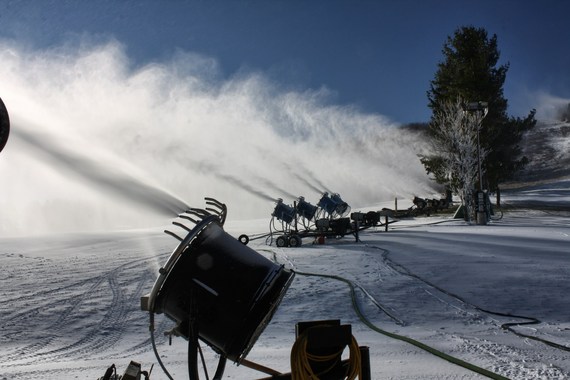 5. It's a marketing advantage.

Ski areas constantly tout their snowmaking muscle in marketing materials. These systems are without a doubt a major competitive advantage for ski resorts, and skiers and snowboarders have become savvy to which ski areas have invested in snowmaking and have the best machine-made snow. If it doesn't snow in town or even on the access road, there will still be snow on the trails, thanks to the efforts of the snowmaking team. Some ski areas even have webcams set up, so customers can check on the progress of snowmaking operations from their own homes.

The marketing benefits can be significant because it means ski areas can bring customers to the hill even when there is little snow elsewhere. In certain parts of the country, a good reputation for quality snowmaking is essential to a successful season pass sales campaign, as well as to selling lift tickets during the season.

In the summer, ski areas perform maintenance and upgrades on their snowmaking systems, so they can be ready when temperatures drop. High-elevation ski areas like Loveland and Arapahoe Basin in Colorado start firing up their snowguns in late September, just a few months from now. Enjoy the rest of the summer because ski season will be here soon!