In the tradition of Same Time, Next Year where Alan Alda and Ellen Burstyn trysted annually for a quarter century, I was intimate with Jerry Lewis, every September. I'd meet him on Labor Day and we'd spend the entire night together. Drinks, dinner. He'd tell me things he never told anyone. He sang to me: "You'll Never Walk Alone" reaching those sustained high "NEHHH...verrrr" notes. Afterward, we both cried like babies, had a smoke. This went on a couple of decades.

But it wasn't love-at-first-sight. Jerry grew on me.

The first time, I was ironing clothes, tackling wrinkles in my youth (they'd just invented spray starch) in front of my new color TV (we'd been black-and-white die-hards) when the Jerry Lewis MDA Telethon came on. I thought he was good at being alternately serious and funny - seriously bombastic in the way Donald Trump is now - someone who would say or do anything. Around the third year I found myself shamelessly anticipating his next shockeroos.

Jerry had an ego bigger than my staggering stack of ironing. He was boyishly handsome, especially when humbled by kids filing onstage, one after another - brave sick kids ("Jerry's kids") fighting a horrible, debilitating disease I'd only barely heard of. I set up the board for an iron-a-thon, at first, because the roster was fabulous - movie and TV stars, singers, comedians, gymnasts. Watching them, my dreaded chore wasn't bad though I'd accumulated quite a pile of tablecloths, pillow cases, husband's and kid's shirts, pants, stiff cotton dresses, band uniforms.

The Las Vegas telethon lasted 22 hours. It grew nationwide into the grand "Love Network" to raise money for the Muscular Dystrophy Association (MDA), including ALS, Lou Gehrig's disease. It got my band wagon rolling when so many MD sufferers, young and not-so-young - e.g., the Vice President of United Airlines, Robert Sampson - rolled on stage in wheelchairs smiling at the camera and studio audience. Jerry was touchingly kind to them, joking with them, hugging them, as he elicited stories of pain, joys and hope.

The next year I had baskets of ironing, and the year after, and again for over two decades. The show kept getting better and bigger with the pledge totals mounting to tens of millions. It was exciting to finish smoothing the wrinkles from my last skirt, bedskirt or Christmas tree skirt as I awaited for the Grand Total. The year he hit $60 million was orgasmic. I celebrated by ironing floor-length curtains.

Some of my favorite entertainers: Debbie Reynolds (Princess Leia's mom), the Beatles, the Muppets, The Jackson Five, Sammy Davis Jr., Phyllis Diller, Elton John, Robin Williams... even President Reagan came by. Hands down, Jerry's own most climactic song belted over the '80s airwaves was "Climb Every Mountain". I phoned the number on the screen and mailed away the kids' lunch money for that.

The MDA had telephone centers (before cells and Internet) strung across the country's Love Network jing-a-linging from his pleas, his passions, his persuasions. He'd zoom up into the camera with big wet cow eyes when worried he wouldn't raise more money than the previous year, imploring viewers for donations.

As hours marched on, he'd wax goofier, more unbridled, increasingly unpredictable. He did hysterics, tantrums, weeping, vaudeville antics, intimate confessions with the lights down low. With his flirty charm on full-blast, Jerry Lewis could sell candy-canes to Santa, steaks to a vegetarian. He was the most persistent man I'd ever been with.

I usually slept the day after Labor Day, if possible, exhausted from the stand-up, non-stop ironing and emotion wringing. Of course I wondered how wrung out Jerry must have been, after countless hours visiting his kids, acquiring sponsors, planning the annual shows and then performing them live! How seriously tired a person must be after leading thousands of volunteers to raise over 2 BILLION DOLLARS over fifty years.

Alas, the affair ended, as they all must. Jerry got me through a mountain of ironing; he made me LOL; he opened my view to a side of life I'd never have known about. Most of all, he gave me insight about incurable diseases long before my daughter contracted one and had to adopt a wheelchair.

Communities associated with ALS and other forms of muscular dystrophy idolized Jerry Lewis for his long-term commitment to research and programs for patients. He never said why he did it, but every year I longed, in vain, to hear his reason. I may have missed only one or two of his Labor Day performances, before the ubiquitous VCRs /DVRs.

I didn't watch the telethon after 2010, because it wasn't the same without him, this stand-up guy. I desperately need a new telethon and telebabe -- my ironing backlog is "YYYUGE" (a Trump superlative Jerry would have perfectly imitated and immortalized in his madcap way).

I'm a soft touch, but I don't fall for just any larger-than-life tall-dark-&-handsome movie star hero. 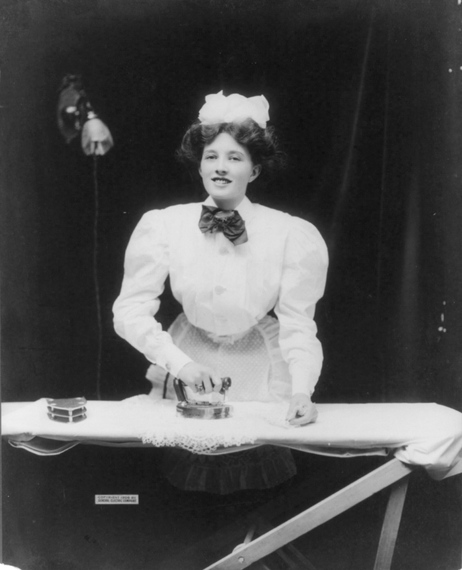