"Can't you tell that I came from the dope game? -- Blame Reagan for making me into a monster -- Blame Oliver North and Iran-Contra -- I ran contraband that they sponsored" --Jay-Z, "Blue Magic"

John Kerry being nominated to Secretary of the State brings his ever looming presence within the Iran Contra Scandal full circle. The man responsible for uncovering a scandal that cocaine was being brought into the United States as part of a multicontinental black market with the knowledge of the CIA and U.S. government will now hold one of the most powerful international offices in the world. The backdrop of his presence on Capitol Hill will always be built upon pillars of his desire to have America be honest to itself, and the rest of the world as to its own actions here and abroad.

In early 1986, the 42-year-old Massachusetts Democrat stood almost alone in the U.S. Senate demanding answers about the emerging evidence that CIA-backed Contras were filling their coffers by collaborating with drug traffickers then flooding U.S. borders with cocaine from South America... In taking on the inquiry, Kerry challenged President Ronald Reagan at the height of his power, at a time he was calling the Contras the "moral equals of the Founding Fathers." Kerry's questions represented a particular embarrassment to Vice President George H.W. Bush, whose responsibilities included overseeing U.S. drug-interdiction policies... Kerry's probe infuriated Reagan's White House, which was pushing Congress to restore military funding for the Contras. Some in the administration also saw Kerry's investigation as a threat to the secrecy surrounding the Contra supply operation, which was being run illegally by White House aide Oliver North and members of Bush's vice presidential staff.

The Reagan administration did everything it could to thwart Kerry's investigation, including attempting to discredit witnesses, stonewalling the Senate when it requested evidence and assigning the CIA to monitor Kerry's probe. But it couldn't stop Kerry and his investigators from discovering the explosive truth: that the Contra war was permeated with drug traffickers who gave the Contras money, weapons and equipment in exchange for help in smuggling cocaine into the United States. Even more damningly, Kerry found that U.S. government agencies knew about the Contra-drug connection, but turned a blind eye to the evidence in order to avoid undermining a top Reagan-Bush foreign policy initiative. -- Salon.com

Long forgotten today is the resolve Kerry had to have to almost singularly stand up to the Reagan & Bush administration. All despite the McCarthyesqe efforts used to make him seem crazed for his ground breaking investigation.

Though John Kerry's early warnings about White House-aided Contra gunrunning had proved out, his accusations about Contra drug smuggling would continue to be rejected by much of the press corps as going too far.

On Jan. 21, 1987, the conservative Washington Times attacked Kerry's Contra-drug investigation again; his alleged offense this time was obstructing justice because his probe was supposedly interfering with the Reagan administration's determination to get at the truth. "Kerry's staffers damaged FBI probe," the Times headline read. Congressional investigators for Sen. John Kerry severely damaged a federal drug investigation last summer by interfering with a witness while pursuing allegations of drug smuggling by the Nicaraguan resistance. The drift of the article made Kerry out to be something of a dupe. His Contra-cocaine witnesses were depicted as simply convicts trying to get lighter prison sentences by embroidering false allegations onto the Iran-Contra scandal. But the information in the Times story was patently untrue. The AP Contra-cocaine story had run in December 1985, almost a year before the Iran-Contra story broke. -- Salon.com

Made into a pariah much like Gary Webb, the reporter that wrote Dark Alliance on the Iran Contra in 1996, people simply wanted it all to go away because within Kerry's accusation was a darker reality than discovered in any international relations scandal in American History. "Kerry wanted to get to the bottom of something so dark,... Nobody could imagine it was so dark." Miami-based federal public defender John Mattes told Salon. The possibility the United States government might be involved in the cocaine trade, while at the same time it was writing some of the harshest known sentences in the world if its citizens sold those same drugs once they arrived to shore.

What if the cocaine was allowed to be trafficked by the government without regard or care for the impact it would have on a black community fresh out of the throws of Jim Crow? What if while demonizing crack, the drug we were selling, the government was simultaneously complicit in trafficking the cocaine the deadly drug was being made from? As a result of Kerry's investigation (along with the efforts of Rep. Maxine Waters) there is no if -- it is proven, there is simply the question of why it happened and what the long lasting effects on cities and families are across the nation. All of these decisions were being made while at the same time the federal justice system without care or regard for context decided to sentence these nonviolent offenders with the harshness of murderers in an effort to make it all go away.

The Anti-Drug Abuse Act of 1986 ("the 1986 Act") initiated the disparate
treatment between crack and powder cocaine. At that time, crack cocaine was believed to be more problematic and dangerous than powder. Based on these mistaken beliefs, the 1986 Act authorized a 100-to-1 ratio sentencing scheme, which equated a single gram of crack with 100 grams of powder. No rationale for the ratio was discussed in the legislative history. The newly created United States Sentencing Commission simply adopted the 1986 Act's sentencing scheme without utilizing the required empirical approach founded upon past sentencing practices. -- United States Sentencing Commission

In 1981 I was at the heart of this question, as one leg of the triangle that tied the U.S. government, South America and the Hood. I saw first hand how when Ronald Reagan was elected the jobs and social programs in the ghetto dried up over a very short time because of his policy choices, and young black males impoverished because of longstanding U.S. policy were left with no way to provide for themselves. Young teenage African American men that were not drug addicts, or career criminals were in mass choosing to become such for the first time since blacks were brought to America. While I am apologetic for my part in the cocaine epidemic (I served over 20 years prison as punishment). You cannot understand me without this context of an extremely deep economic recession, and lack of proper government reaction toward a group in dire need of assistance. Prior to this era a drug dealer tended to be an older man that had been turned by life, this bottlenecking turned young men like myself from children into criminals overnight. This contextual shift led to a reality today that Black men are the most imprisoned group in the history of the world. Some 10,000 per 100,000 in prison between ages 25-30, primarily for nonviolent offenses. To put this statistic in context, the prison rate for Africans in South Africa during the time of Apartheid was 836 per 100,000. 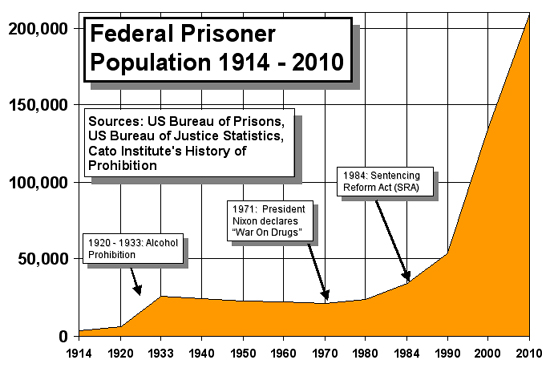 As President Obama appoints John Kerry one must contextualize his choice to understand how this may mark a remembrance of African Americans' mistreatment at the hands of the War on Drugs. Taken in conjunction with the Fair Sentencing Act President Obama signed into law in 2010 we only hope it is the first of many steps by the nation's first Black president to correct a longstanding wrong done to Black America at the hands of the War on Drugs. At the heart of the long lasting effects of the Contra Cocaine scandal is the beefing up of the War on Drugs, which has driven black male nonviolent criminals to prison at rates no other singular group in America, or any other industrial country has experienced in history. The upcoming documentary "Crack in the System" by Emmy award winning Documentary maker Marc Levin will cover me and the topic in more depth than ever. While I served my time and recognize my fault, I believe there is a generation across the globe that deserves the full story to be given light. Since my release I have started a nonprofit organization Freeway Literacy Foundation, because 60 percent of prisoners in the U.S. are functionally illiterate and it is a key factor in recidivism. My biopic film already written by Nick Cassavetes (writer of Blow starring Johnny Depp), will give John Kerry and many others a chance to be appreciated for their efforts in uncovering the cocaine scandal that led to mass incarceration and what many are calling the New Jim Crow. John Kerry is an American hero and his nomination by President Barack Obama holds with it a remembrance of his noble acts to tell the truth no matter the personal political cost. 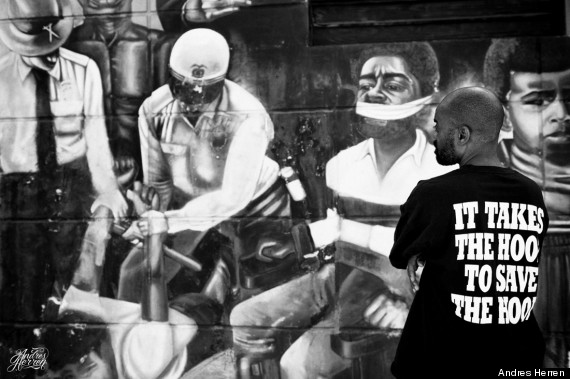 Rick Ross is now a Community Activist with a nonprofit Freeway Literacy Foundation. He was at the center of the Iran Contra Scandal as noted by publications and television globally. http://www.freewayrick.com/
"...San Jose Mercury News published "Dark Alliance," a three-part series charging that the CIA was all mixed up with the drug lords who flooded South Central Los Angeles, and then the rest of America, with crack during the 1980s. Written by reporter Gary Webb after a yearlong investigation, the stories allege that a San Francisco Bay-area drug ring, headed by Danilo Blandon and Norwin Meneses, two men with close ties to a CIA-sponsored Nicaraguan contra group known as the FDN, sold tons of coke to a notorious Los Angeles-based dealer named Freeway Rick Ross" Times Magazine 2001 - Crack Contras and Cyberspace