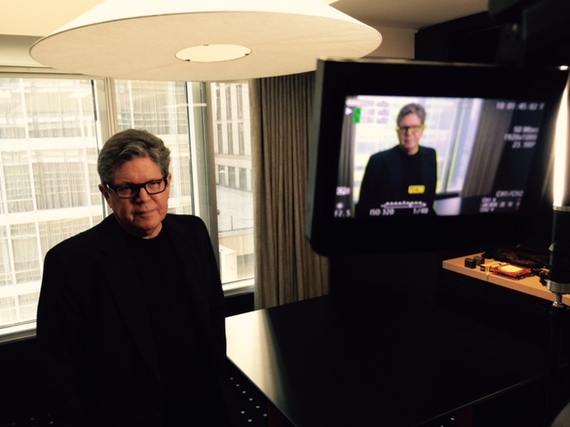 Lawyers got nothing on me...

Last week, I wrote a blog for the Huffington Post entitled "The Job of Journalism is Finished"

It got a lot of traction - and a lot of arguments.

But at the end of the day, anyone who works in the Journalism Business could not really disagree. The job of 'journalist' is in trouble. Deep trouble.

Largely because the companies that used to employ journalists - newspapers and magazines - are going out of business, victims of the Internet Revolution.

How can journalism and journalists survive?

Some argue that the only future for quality journalism is in PBS or public funded begathons.

Possibly, but not terribly attractive.

There is, however, I think, another route. It's a bit more radical (OK, it is VASTLY more radical), but I think it could work.

By way of background, I am a graduate of Columbia University's Graduate School of Journalism and also taught there for 8 years (I also taught at NYU's Journalism School), so I have a pretty good experience in this kind of stuff.

Anyone who went to (or goes to) journalism school could just as easily have gone to law school. In fact, many of my classmates either went to law school or did the combined J-school, Law School program.

The similarities, however, ended upon graduation.

The Law School grads went off (for the most part) to work for firms where they spent years, hopefully became partners, acquired equity in the partnerships and made a ton of money.

The two career paths are vastly different - as is the compensation.

Lawyers are in the business of manipulating the law for the benefit of their clients.

Journalists are in the business of 'searching for the truth' (or creating the stuff between the ads in a newspaper).

The Law is a profession.

Journalism is a craft.

But maybe it is time for us journalists to rethink what 'journalism' is, and how we organize ourselves.

(Why not? There's nobody here but us!)

Journalism is, in fact, about controlling and manipulating content and information. Is this not the very foundation of the Information Society in which we live?

Could we not organize ourselves into professional partnerships (as opposed to being forelock tugging serfs on Lord Murdoch's Media Plantation)???

You bet we could.

Could we not, as professional partnerships, hire out our services to corporations who needed our services - from newspapers to PR firms (money is money!)?

Could we not create such partnerships that would have inherent value on their own? Could those firms not retain the IP rights to the content which they produced and then license it to said newspapers, TV shows, magazines and so on? Could those partnerships not also, owning the rights to their content, license those story lines to Hollywood?

I think we could.

I think we should.

It is, admittedly, a very different way of organizing ourselves.

Journalists of the world, arise! You have nothing to lose but your chains (and maybe you have already lost those as well).