The first time I ever sang in public was two years ago in one of Greece's most prestigious Theatre-arts audition rooms in front of some of the most celebrated actors, vocal coaches and directors of my birth country. Five days later I called and found out I hadn't been accepted. I was devastated for an afternoon but the next morning I had university classes to attend to so I pulled myself together and plotted my next move. 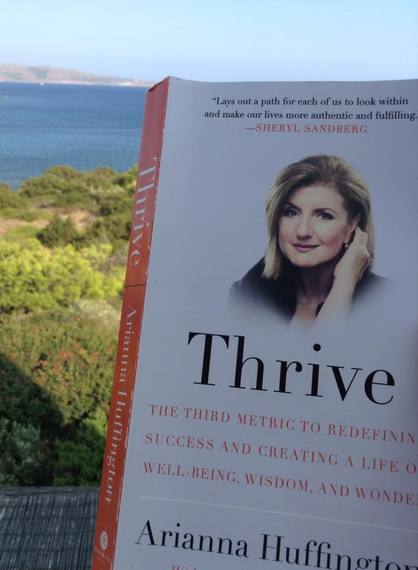 At that time, I relied on physics laws to force me off the ground but it was only after I read Thrive that I was ready to plan my Failure crusade -- corps. During my first encounters with failure, I was living by two scientific rules:

1. Inertia is "the property of matter by which it retains its state of rest or its velocity ... so long as it is not acted upon by an external force". One can either see failure as an intruding force in life and let it stop one's movement or, rather, as an identifying force of life and continue undistracted. Once inertia is destigmatized, it reveals its motivating persona

2. Resilience is "the amount of potential energy stored in a material when deformed" and young cells are proven to be the most resilient. I perceive of all amateurs- college applicants, job seekers, new mothers, dieters, as being young. Failure must be seen as a deconstructive rather than a demolishing force. Resilience gives amateurs no other choice than to channel their potential energy into reconstruction

Crafting these quotes, I urged myself to stay restless and hungry for life. I made a bucket list of experiences and started crossing things off. As Arianna Huffington states in Thrive, some jobs are concluded once you admit to yourself that they will never happen. Making the best of my limit -- oblivion, I would overreach and fail and then I would under reach and fail again. Once this book landed in my hands, I had set up an immune system for failure but was seeking for advise to turn this into something productive. 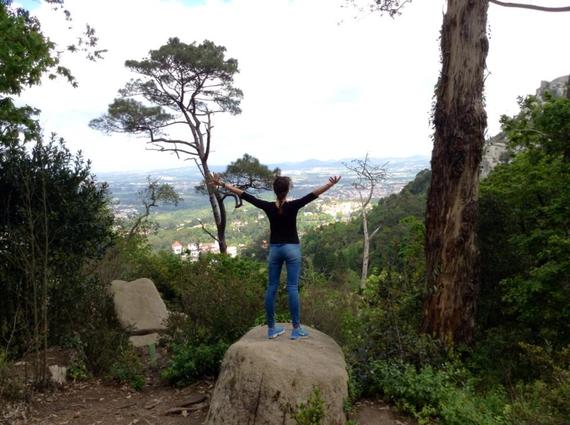 Little by little, simple suggested practices turned into essential habits of my everyday life. I started hiking, organizing my diaries and reviewing them, taking on new projects and giving up on old ones. I would quote passages to my family and friends and then follow up with my own interpretations. Arianna Huffington will not drag you to the finish line but will cheer your way through the track. She helped me build a self coaching -- non psychologist mediated -- system. She gave me what I needed to turn failure into possibility.

I moved on to set up my Today I Failed At notebook, along with a Facebook page to introduce it. My fail-book, is an everyday diary that consists of six simple sections:
1. Date -- section
2. Today I failed at -- section where I write what I did not achieve today
3. Comments I gathered -- section
4. Feelings -- section
5. Do I persist -- section (with yes and no tick boxes)
6. If yes, thoughts on adjustments -- section 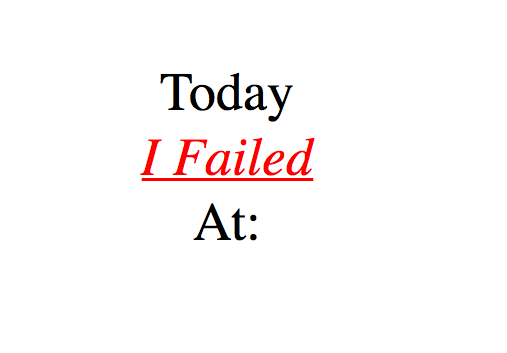 Today I Failed At users must commit to the following ground rules:
1. Admit irreversible defeat and let go
and most importantly,
2. Revise the adjustments section once a week

After a few months of Today I Failed At coaching, here are my re-adjusted failure quotes:

- Nothing will be perfect in the end. Life is not a classroom with predictable pop quizzes. It will throw failures your way again and again. The more you are prepared for them, the more appreciative you'll be of success

- People who have only succeeded have died young. Take Huffington's advise, redefine success and work for it

- Always compare yourself to others. Are you healthy? Do you have food on the table? Do you have a family? Do you live in a peaceful country? Do you have freedom? Do you have access to education? As many times as you fail there's always someone out there who only wishes to have had your luck. Quit misery. Be grateful

- Nurture failures, not champions. Celebrate your children's defeats as indicators of evolution. Embrace the opportunity and teach them about quitting, re-strategizing and being fearless. Help them dive into life

-You might feel powerful when you don't know what your limits are but you will only thrive, once you make them work to your advantage 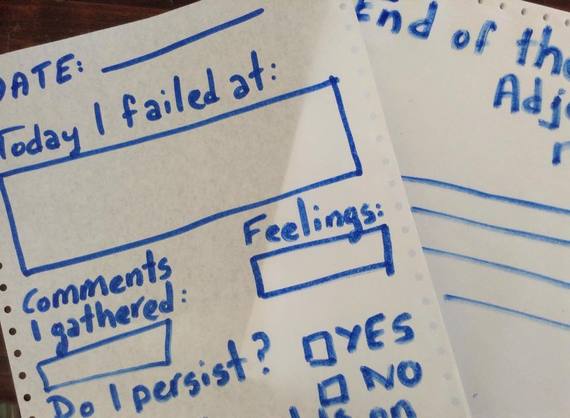 Daphne C Spyropoulos
Founder of the Today I Failed At movement (www.facebook.com/todayifailedat)