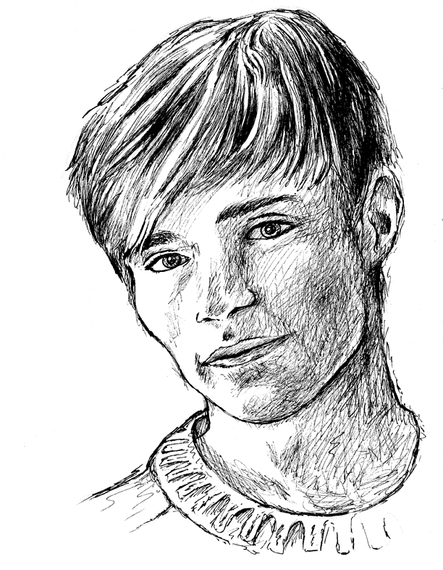 After 17 years of dogmatic slumber and denial over the grisly murder of University of Wyoming student Matthew Shepard, Laramie's City Council passed the state's first broad LGBT protection ordinance. Council members voted 7-2 to prohibit discrimination in the city limits against persons based on sexual orientation and gender identity in matters of housing, employment, and access to public facilities such as cafés. Like Rip Van Winkle rousing from a long sleep, the city that still only memorializes Matt with a plaque on a park bench awakened and finally addressed its phobias head-on. What took place in Laramie on May 12 was not just a one-off decision. It has implications for the rest of the nation, too.

Like Laramie, no town wants to admit that a bias-driven hate crime took place there. Locales loathe bad publicity. They fear being labeled. So, they deny the problem in a variety of ways. They indulge in blaming the victim. Or sweep the killing under the rug. Or blame "outside agitators" and "other mitigating factors." The common refrain is "Things like that just don't happen here."

But they do happen in American hometowns everywhere, all the time. The only healthy, sane thing for a city or town to do when a murder marks a place forever is to own up to it squarely, and do something to address the root causes that allowed prejudice to take root in the first place. Ask Dallas. Or Memphis. Or Birmingham. You surely can't make the facts go away. You can and you must rebuild your civic reputation by ensuring that justice and equality for all your citizens take the place of dehumanization and denial. Laramie started that painful process by doing the right thing last Wednesday night.

For seventeen long years, local townsfolk and university students of conscience lobbied Laramie's elected officials, tried to reason with them, and stood up to their xenophobic neighbors. They opposed the powerful anti-human rights forces that were invested in re-writing the story of the nighttime abduction and brutal beating of slim, slight Matt Shepard by two local men gone bad that unfolded before the world in the Albany County Courthouse. Too many gay people saw no evidence that anything would ever change in Laramie, so they packed up their talent and their verve for living, and left town one or two at a time. Though LGBT people and their allies lost the argument year after year, those who remained persisted in pointing out that the perpetrators, Henderson and McKinney, weren't "outsiders." They were homegrown products of Laramie public schools, men who grew up in the same city as Pioneer Days and UW Cowboy Pride. Matt Shepard was not to blame for his own death, no matter what deniers contended, they argued. After losing a close vote to enact a similar statewide discrimination law in February, Wyoming Equality and local advocates mounted the effort that finally passed the first broadly inclusive anti-discrimination ordinance in the "Equality State." Its provisions will go into effect before the end of the month.

No victim of hate crime ever "had it coming." No family ever deserves the horror and grief Judy, Dennis, and Logan Shepard have suffered. The public outcry raised by Matt's death roused other states and municipalities long before Laramie woke up to what happened at the Fireside Lounge and on that cold, high ridge with the buck fence above town. In October 2009, President Obama signed The Matthew Shepard and James Byrd Jr. Hate Crimes Prevention Act into law, saying, "We must stand against crimes that are meant not only to break bones, but to break spirits - not only to inflict harm, but to instill fear." Now, Laramie transgender high school student Rihanna Kelver can more confidently go about her life, relieved that she will not lose her job because of how she identifies, one of the first practical results of this ordinance.

Throughout the rest of the country, however, hate crime violence against LGBT Americans is hitting historic highs. With widespread publicity concerning the cause célèbre of the day, Marriage Equality, attacks on vulnerable persons, especially gay men and transgender people of color, are alarmingly on the rise. Thinly veiled efforts to turn back the clock on equality cloaked in the garb of "religious freedom," the RFRAs, are proliferating around the nation. Seeking to stall justice, retrogrades like Texas are trying to enact pre-emptive laws inoculating the states against a possible Supreme Court decision striking down the bans against same-sex marriage.

Meanwhile, like Laramie prior to Wednesday night's anti-discrimination victory, the rest of the nation seems to have drifted back into a Rip Van Winkle coma while innocent LGBT people by their thousands face brutalization and harm in towns and cities every succeeding year. Laramie, the longtime hold out for LGBT protections, has awakened to its responsibility for its most vulnerable residents. If Laramie can do it, after so many years of misdirection, denial, and historical revisionism, surely the rest of us must wake up to our responsibilities, as well.

Justice must bloom in the thousands of urban and rural settings where everyday Americans live and work. It is high time for all forms of heterosexism and homophobia to be put on notice that hate is not an American value. Local advocates must press their elected officials to pass anti-discrimination laws and make them stick. One of the most encouraging signs of this awakened determination to do right by everybody is the Golden Rule attitude of Laramie resident Mike Sumner who said during public speak out time before the City Council vote, "As a Christian I do sin when I fail to follow the loving and compassionate example of Jesus Christ," he said. "And I believe that a vote against this ordinance is the same as throwing the first stone."

Drop the stones in your hand, America. Laramie has shown us how to do it.