Legal abortion helps women in many ways; the medical, social, and economic benefits have been documented for decades. Less well appreciated are the benefits that extend to women's families, especially their children -- and most women having abortions are already mothers. 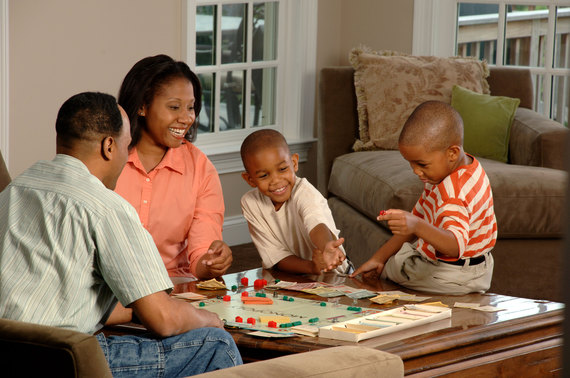 "Shotgun marriages"
Before Roe v. Wade, an unplanned pregnancy often led either to an unsafe abortion or to a forced marriage before the impending birth. The term "shotgun" stemmed from the threat of violence from the pregnant woman's father should the couple not marry. The prospects for these marriages were poor. Created under duress, these ill-advised unions failed at a high rate. An early study showed that after 1969, states with increasing abortion rates showed a decrease in overall marriage rates. Another study focused on young women, who would be most likely to be pressured into marriage; it found a significant inverse relationship between abortion and marriage rates. Further declines in "shotgun marriages" in recent decades have been related to better contraception and increasing acceptance of births out-of-wedlock.

Out-of-wedlock births
Children born out-of-wedlock face medical and psychological challenges beyond those experienced by children born to married parents. These higher risks include low birth weight and infant death. In turn, these risks are related to the high proportion of single, young women giving birth for the first time. Growing up in a single-parent household has been associated with decreased verbal skills, abuse, and neglect.

Legalization of abortion was strongly linked with a decrease in out-of-wedlock births across America. This reflected the greater use of abortion by unmarried than by married women. From 1971-1975, all states had declining rates of out-of-wedlock births. However, states with liberalized abortion laws had a decline that was six times steeper than other states.

...legal abortion was of pivotal importance in the nationwide declines in illegitimacy between 1970 and 1971.

Women as heads of households
Access to safe, legal abortion influences women's decisions about unwanted pregnancies. The most compelling evidence comes from the impact of the Hyde Amendment on poor women. The discontinuation of Medicaid funding for abortions for poor women accounted for about half the increase in African-American women as heads of households. Parental notification and consent for abortion have been linked with a small increase in white women heading households.

Vulnerable women
Access to safe abortion is especially important for women struggling with medical and social problems. After Roe v. Wade, fertility declined, and the decline was steepest for women who were at the extremes of the reproductive age interval, unmarried, and of minority races. For example, pregnancy and childbirth are especially dangerous for older African-American women. Women at higher risk of poor medical and social outcomes of pregnancy disproportionately rely on abortion.

Abortion was the single most important determinant of lowered neonatal mortality rates among African-Americans.

Summing up
Legal abortion helps American families. After Roe v. Wade, "shotgun marriages" and out-of-wedlock births rapidly declined. Infant deaths were reduced as well. Women with medical and social problems disproportionately rely on abortion. Moreover, access to legal abortion is directly related to child well-being. Conversely, lack of access to abortion is related to child neglect and abuse. Unwanted births are associated with poor outcomes for both mother and child. The net effect of abortion is helping to ensure that every child born will be wanted, loved, and well cared for. This is a goal for American families around which there should be broad agreement.