"And you may ask yourself, well, how did I get here?" -- Talking Heads

One night Bruce Van Horn woke up in a cold sweat, the memory of a conversation with his college professor and mentor forefront in his mind. Bruce wanted desperately to launch a career as a writer. His professor was concerned that his newfound fascination with computers would distract him from his goal.

That meeting had happened 25 years earlier and, as his mentor had predicted, Bruce woke in that vivid moment to realize his life had taken a path his younger self could never have predicted. "Somewhere along the line I had completely forgotten that I ever wanted to be a writer," Bruce says. "I got so caught up in life and chasing the almighty dollar and thinking that happiness was something that would come external to myself."

Many 40-somethings eventually realize life turned out vastly differently than their idealistic, younger selves imagined. Unlike many 40-somethings, however, Bruce took his dream as a message and decided to do something about it. 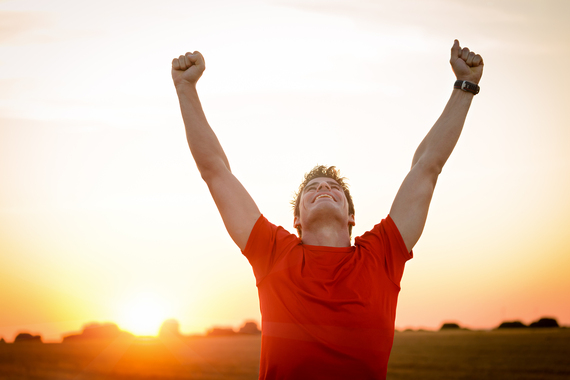 How He Got There
When IBM released the personal computer in the 1980s, Bruce was smitten. As a writing student, he was fascinated by its word processing program's ability to quickly re-order words and thoughts on the page. The idea may seem antiquated by today's standards but at the time, it was revolutionary. Bruce's love of the computer grew and soon he was teaching others how to use the PC and write their own software.

He was so skilled with the new technology that IBM recruited him upon graduation, offering an attractive and lucrative job package. "I did very well out of college with IBM," says Bruce. "I made more money with them than any 23-25 year old should ever make." His in-house success led him to launch his own business which, two years later, failed. "It all came crashing down around me largely due to my ego, bad decision making, and not listening to good advice," says Bruce. "I filed for bankruptcy and and then took another corporate job that was unsatisfying. That's what I needed to do to pay the bills."

Time passed and Bruce married and started a family, all the while staying the course at the job he didn't like. Then, his personal life took a couple of severe hits as well. His wife (now ex-wife) suffered a severe mental disorder and his infant daughter passed away following an invasive cardiac surgery. "I had all these horrific things happen to me," says Van Horn. He'd filed for bankruptcy a second time (due to overwhelming medical bills). Meanwhile, his work performance suffered due to the stress he faced so his income was down. "I had convinced myself by the time I was 42 years old that this was what the rest of my life was going to be like. My goal every morning was simply to get through the day," he says. "I had developed so many limiting beliefs and had so many self doubts. I had tried business and I had failed. I had a miserable marriage so there was confirmation that I'd never experience that bond with another human being." What Bruce didn't realize then was that God was giving him exactly what he was expecting. "As soon as I started changing my belief system, my life completely turned around," he says.

Making a Mental Shift
Around that time, Bruce's brother came to their home city to run the Richmond Marathon. "Over dinner my brother suggested that I should run a marathon.," says Bruce. "I laughed and choked. 'Unless I go on vacation,' I told him, 'I don't even like to drive 26 miles, let alone run them.'"

Even so, something his brother had said stuck with Bruce after his brother's visit. "He said, the hardest part is believing that you can, and then making the decision to at least try."

So, Bruce started to work out. He still scoffed at the idea of completing a marathon but he worked up to a full mile without stopping then to two and eventually to three. "By that spring I entered a community 5k race and then later I ran a 10k," says Van Horn. "It was about one year later when I ran the Richmond Marathon with my brother. And I beat him quite handsomely," laughs Bruce.

It was the experience of completing the marathon that turned Bruce's life around. "Before I could condition my body I had to first condition my mind to convince my body that it was even remotely possible," he says.

Bruce was able to take that mind shift and apply it to his professional career as well. Today he is a successful author, life coach, speaker, and avid marathon runner. I like to think he's made his college professor and his brother proud.

To learn more about Bruce Van Horn or one of the 30 other successful entrepreneurs I recently spoke with, check out my free 10-day Art of Mindful Wealth Summit, available exclusively online, beginning January 26. I hope to see you there.