Planning to write a world-changing work of fiction? You might want to set aside a substantial chunk of time.

This mind-boggling infographic compiles the purported lengths of time it took 30 authors to write some of their most beloved works, and the range is remarkable (from 2.5 days to 16 years). On the whole, though, it looks like the Great American Novel can’t be written during NaNoWriMo ― or any month, for that matter.

There are, of course, those rare exceptions: As I Lay Dying, one of William Faulkner’s great masterpieces, took him only six weeks to write. On the other hand, Twilight took Stephanie Meyer three entire months. (We can’t all be Faulkner.)

On the high end of the scale, J.R.R. Tolkien spent 16 years on The Lord of the Rings ― but to be fair, the infographic counts the time it took him to write the entire trilogy.

Still, that should be some comfort to bitter Song of Ice and Fire readers. With ongoing vagueness about the release date of the long-teased next book in the series, The Winds of Winter, who knows how glacial George R.R. Martin’s writing pace could turn out to be. (A possible future addition to the infographic: George R.R. Martin, Song of Ice and Fire series, 47 years.)

But seriously, if this infographic shows us anything, it’s that great fiction can’t be rushed ― or, if you’re John Boyne, feverishly dashing off a 224-page novel in a handful of days, it can’t be slowed. Whether it’s Winter or the next Gone Girl (which took Gillian Flynn three years to write), it’ll come when it’s time. 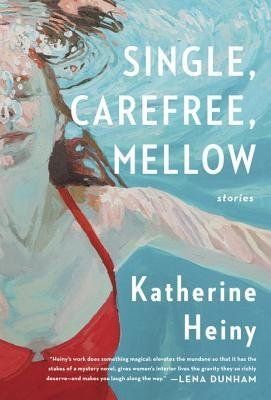 1 / 10
Katherine Heiny
This author, aside from being a badass storyteller, has a career with two valuable lessons for today&rsquo;s writer. The first comes when we learn her story, &ldquo;How to Give the Wrong Impression,&rdquo; was rejected 31 times before, at the age of 25, she submitted it to The New Yorker -- and it was published. While this seems to <a href="http://www.nytimes.com/2015/02/02/books/katherine-heinys-road-to-single-carefree-mellow.html?_r=1">foretell literary greatness</a>, Heiny went generally unpublished for the next decade or so, writing YA novels under a pen name until the recent release of&nbsp;<em>Single, Carefree, Mellow</em>, a collection of short stories that includes the one that first put her name on the map. Heiny was 47 when Knopf&nbsp;published the collection. (And that&rsquo;s the second lesson -- there&rsquo;s no expiration date for your first book, so long as you keep trying.)
Knopf