Lego My House by Movoto

Has your inner child ever dreamed of living in a Lego house? With a little imagination and hard work, building a new room or extending an existing room would be easy -- and most importantly fun. Of course, a home built with millions of brightly colored bricks might not sit well with your HOA. But when has an HOA ever made anything easy?

At the Movoto Real Estate HQ, LEGOs held a special place in our childhood. Boats, airplanes, and cars-we've built them all and tore them apart to rebuild them again. At least once, we've mused about building a real-life Lego house in the vein of James May.

If you haven't heard, in 2009 the British resident (along with a 1,000 volunteers) built a two-story LEGO house as part of "James May's Toy Stories," a BBC show that looked at toys from the past and their modern applications. The garish brick house wasn't to last though. It was torn down after Legoland in Winsor wouldn't take the structure because of exorbitant relocation costs. 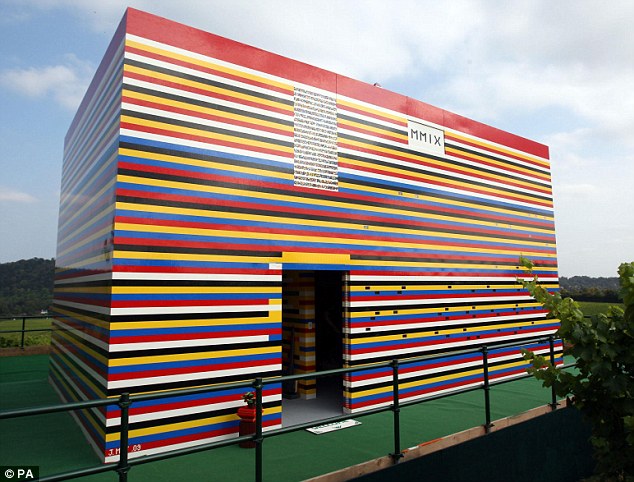 Not all of us have the wherewithal to order truckloads of LEGOs and then Facebook harass friends to construct it. (Talk about a house warming!) So in order to appease our own inner child and our curiosity we tasked the Movoto team with figuring out how many LEGOs it would take to build a median-sized American home.A LEGO Home: Where House Shoes Are Paramount

Let's get it out of the way for the information starved. A two-story house that is 2,169 square feet -- the median size of a house, according to the Census Bureau-would take 10,079,829 LEGOs to build.

There's a disclaimer here: Our estimate would be for the exterior of the structure, including the roof. So if you have have plans for things like interior walls, you'll be adding more of the plastic blocks to your count. But once you get over ten million LEGOs, what does a few hundred thousand more matter?

A Brick Is a Brick, Unless Size Matters

We came up with this figure by first figuring out the size of a standard eight-peg LEGO in inches. We found an excellent resource on LEGO brick dimensions and with some converting from millimeters to inches we had the size of a LEGO: about .26 x .62 x 1.22 inches. After we figured this out we researched the standard size of a brick in the States: 2 1/4 x 4 x 8 inches. The end result: 359 LEGOs per brick.

From here it's multiplication.