People have had a lot to say about Maureen Dowd in the past few weeks. Karl Rove called her a "bitter, twisted, deranged columnist," which is seriously rough considering the inherent offensiveness of the word "columnist." Elizabeth Edwards took Dowd on for attacking the personal nature of her book, saying her kids already know about all the hardships the family has endured because of the Internet and that Dowd "wrote an editorial where she clearly does not understand this." Even our own Jason Linkins took her to task for one of her "unique" choices.

We here in the comedy section thought the world deserved a look at how Maureen pens her polemics, and how she negotiates the world of gender politics. 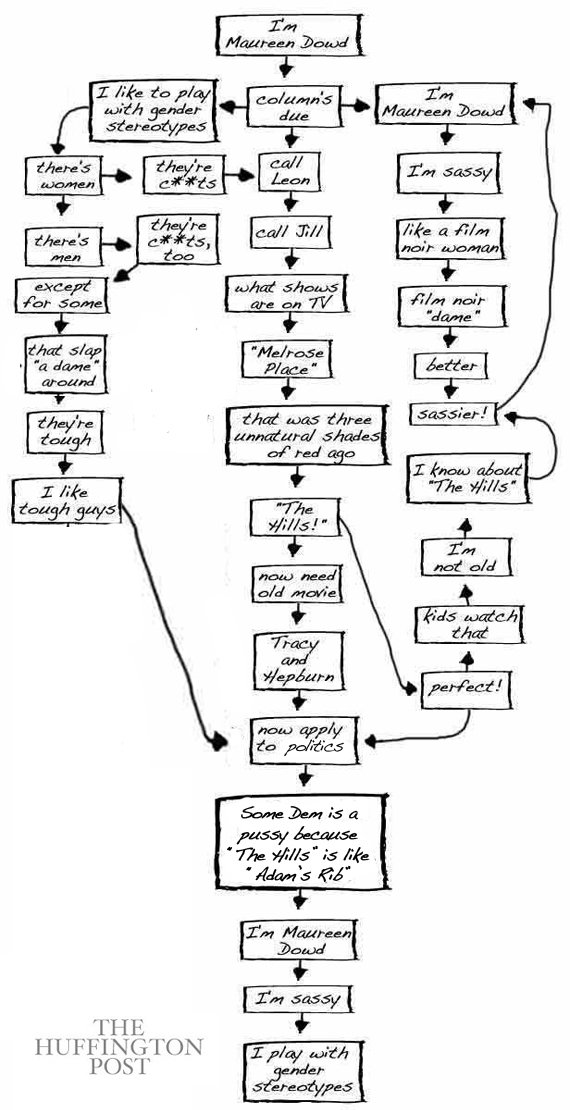