"Both WhatsApp and Secret represent the ascendency of the phone book over the friend graph. It's back to the future." -- Tweet by David Sachs, Founder/CEO of Yammer

The modern era in many ways has been defined by the one to many movement, ushered in by radio, broadcast television, and then finally the Internet. With the advent of social media platforms, including Facebook, Twitter, and YouTube, this power of one to many was extended to the masses.

Now there are signs that we are at an inflection point and could see a rapid shift in the opposite direction. Driven by mobile devices and massive adoption of messaging apps, consumer preference is trending back to the one-to-one connection. This harkens back to my advice for social media success: think telephone not megaphone.

In her 2014 Internet Trends Report, Mary Meeker of venture firm Kleiner Perkins Caufield & Byers concluded that people around the world are growing less interested in broadcasting to large audiences à la Facebook. The trend toward interactions with a smaller group of close contacts has fueled the rise of what Meeker calls the "Global Messaging Ecosystem."

I spoke with Anurag Wadehra, chief marketing officer of LivePerson, a leading provider of digital engagement solutions, about this trend back to one-to-one communication and what it means for brand marketing. As CMO, Anurag must stay ahead of trends in customer communication and interaction, not only to maintain LivePerson product leadership, but also to continually improve how LivePerson communicates with their own customers and prospects. 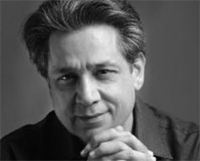 Anurag points out that earlier this year, Facebook acquired WhatsApp, one of the biggest of the messaging apps, for $19 billion. WhatsApp counts 450 million active monthly users who send out an average of 50 billion messages a day, and it adds 1 million users every day. "WhatsApp is the only app we've ever seen with higher engagement than Facebook itself," Facebook CEO Mark Zuckerberg said at the time of the acquisition.

WhatsApp's competitors are also posting incredible numbers. Tencent WeChat, based in China, has more than 350 million users and has been growing 125% year-over-year. Line, from Japan, boasts nearly 300 million users who tap out 10 billion messages a day. Other key players include Snapchat in the U.S., KakaoTalk in Korea and Viber from Israel.

The ascent of mobile over the more traditional Internet is speeding up. Globally, mobile accounted for 25% of total web use in 2013, up from 14% the previous year. More than 80% of China's Internet users are mobile, higher than any other country. Even so, Meeker said she sees "lots of upside" in the growth of smartphone users. As of the fourth quarter last year, global smartphone users accounted for only 30% of total mobile phone users. "Someday very soon, everybody will have a smartphone," says WhatsApp's mission statement.

Why is mobile messaging so attractive and how has it so quickly become the new standard for connection? One key factor: what Meeker calls the shareable web. Mobile devices make content and rich-media immediately ownable and shareable. According to Meeker, more than 1.8 billion photos are uploaded and shared daily across these platforms. These photos are not findable: more and more people are choosing to share one-to-one, creating richer, more personal connections.

Businesses are looking for the best ways to take advantage of the mobile messaging boom. According to her report, U.S. consumers spend 20% of their time on their mobile devices, but only 4% of U.S. advertising is spent on mobile ads -- clearly a mismatch. Meeker estimates that there is $30 billion to be made in mobile ads, and the industry is just leaving that money on the table.

The new era of more intimate messaging presents a major opportunity for businesses not only to convert traffic into buyers, but also to become part of this inner circle of what Anurag calls digital first consumers.

As every e-commerce entity discovers, whenever you can get a customer to chat, one-to-one in real time, that customer is far happier with their experience, and thus far more likely to buy. Messaging apps present an interesting opportunity for brands to have more meaningful engagements with customers and create lasting friendships rather than mere transactions. Eventually, businesses will find they are either included in customers' mobile messaging apps -- or left to watch from the sidelines.

One thing is clear: The customer is the driver and they are connected and communicating with each other very differently than just five years ago. Successful businesses will learn how to engage customers on their terms -- the way they want, wherever and whenever they want.

This post was co-authored with Anurag Wadehra, chief marketing officer of LivePerson.