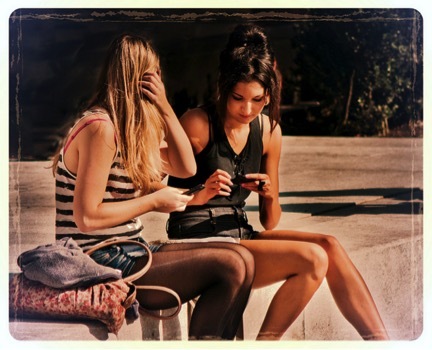 Many have wondered about the impact that millennials will have on politics. Research discussed at a recent symposium should provide concerned Americans with a sense of cautious optimism about the future civic and political participation of millennials. Millennials are a hopeful generation that believes in communities (both online and digital) and the power of networks.

Millennials represent a demographic of people born from the early 1980's to the early 2000s. As a cohort, they have come of age in a time of tumultuous change. 9/11, the Great Recession, and changes in information communication technology altered every aspect of people's daily lives. The world millennials were born into hardly resembles the one they currently inhabit. There are many questions about what this cohort can and will do politically and how they will achieve it.

Millennials do not pursue politics in the same manner as previous generations. Many are disillusioned with status quo politics.

However, when millennials have come out to vote, they have made a splash - in part because of their sheer numbers. Those that did vote played a large role in electing President Obama. The Democratic ticket captured 66 percent of millennial voters, which represented a large increase over previous years. Despite voting President Obama into office, many millennials are now disillusioned with the President's performance.

Millennials often critique the efficacy and quality of representation in government, but they still believe that government has the potential to be a positive force for solving society's problems. For example, 53 percent of millennials are supportive of activist government--more than any other generation. Millennials want a system that works. They are also creating new forms of interaction outside traditional venues. For example, millennials volunteer at a higher rate than other generations and use social media in a political capacity. Ultimately millennials want to be a part of thriving communities and a functioning public sector. The belief in curbed idealism could motivate millennials to build stronger communities and a better democracy.

Millennials are not traditional brand loyalists. This is true in consumption patterns as well as in politics. They don't stick with a product just because of a brand. More than ideology, they want results. Unlike previous generations that were highly influenced by partisan brand loyalty, millennials are more concerned with outcomes. They want to know what works and are less concerned with whether the solution comes from a specific party (Democrats or Republicans) or sector (private/nonprofit/social). This has the potential to alter the political landscape if elected officials can't simply count on party loyalty.

Time will tell if millennials can effectively channel this optimism to change the recalcitrant political institutions. This will require the hard, and long, work of sustained action - the antithesis of the instant gratification our technologies provide.

This was originally published on Brooking's TechTank blog on Nov. 24, 2014.