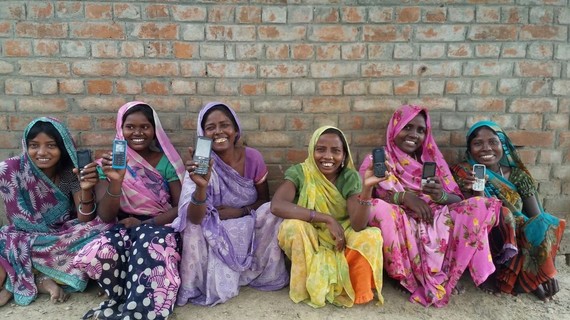 How do you reach people enslaved in India to inform them that freedom is possible? Call them!

Mobile phones are everywhere in India, with 220 million smartphone users throughout the country. Even in rural areas, where access to technology remains low, there is usually at least one phone in a family. This makes mobile phones a perfect tool to disseminate information about basic labor rights.

Free the Slaves and Kaarak Enterprise Development Services pilot tested an education and outreach program this year through voice messages to villagers who are vulnerable to trafficking and debt bondage slavery. Kaarak developed four messages in Bhojpuri, a local language in the state of Uttar Pradesh, and started calling people in 192 communities over 28 days.

The messages spread awareness about bonded labor slavery. For example: "Since the Bonded Labor Act, it is illegal to force someone to work as a slave because of their caste, under threat of violence or without pay." Another message explains: "You must be paid as much as you deserve and you should be able to understand how payment works." The messages also informed villagers about relief and rehabilitation government programs. Messages explained the role of vigilance committees promoted by FTS and our front-line partner organization MSEMVS to organize communities to resist enslavement. Finally, the messages communicated the risks of migrating for work, and detailed how to avoid traffickers. 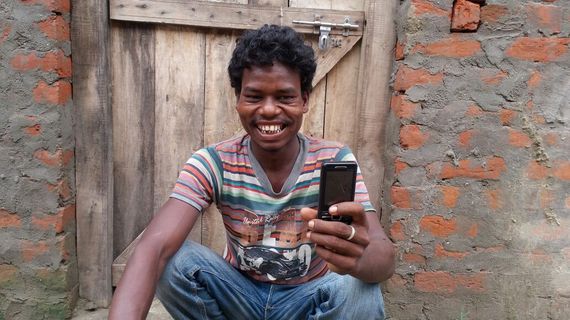 Pappu: "I have been getting several voice messages of downloading songs, buying the products, but this was the first time when I got voice messages for preventing bonded labor. I never realized that voice messages could also be used for educating about rights. It was amazing."

Vimla: "I loved the voice of the lady who was calling us, her voice was very sweet and I was feeling connected to her. She was talking to me in my own language. I loved the message and wish I could also get some more messages about accessing government schemes and services."

Rita: " I was happy to listen to a voice message with my mother-in-law and felt how important it is to learn about our rights and prevent from any kind of exploitation. I hope that more women and community members were also able to listen." 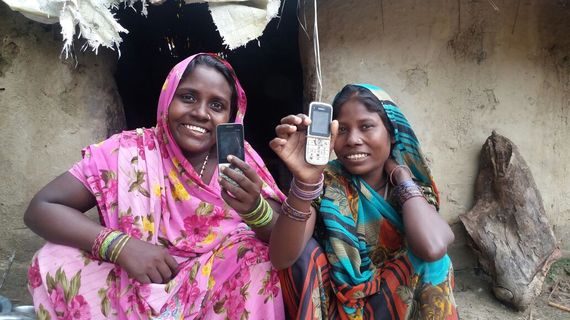 Kaarak circulated 5,376 voice messages and followed-up with focus group discussions and individual surveys. Statistics about the response were heartening. About 92 percent of community members found that information in the messages was new to them, and 79 percent found the information useful and applicable to their situations. Most participants could recall that messages stated bonded labor is illegal in India, a fact that many people did not know.

The voice message campaign also sparked critical conversations within the communities: 86 percent of respondents discussed the information they learned with their families and 63 percent spoke with other community members. In one community, a woman told Kaarak and FTS staff that she had actually recorded the voice messages. She proudly played these recordings for her family and friends. When the research team asked to hear her recording, she played it for them. Using a recorded message helped people strike up conversations about exploitative working conditions, a topic rarely discussed openly. The candidness brought community members together and strengthened their resolve against slavery.

Finding the information particularly helpful, many listeners called the sender ID number for further support. In one instance, a man called because his family had not received wages for their work in a brick kiln. After calling, FTS and its partner worked to help the man and his family, and they finally received the appropriate payments. Another woman said: "When I got a call, I gave the phone to my daughter-in-law so she could hear the message too." This created a snowball effect - the voice messages were successfully teaching vulnerable communities about critical labor rights information. Listeners were open to receiving these messages - in fact, 98 percent of them said they wanted to receive more messages in the future. The listeners trusted the messages and understood them, making it easy for them to act quickly on cases of debt bondage or trafficking.

Several cases demonstrate how this outreach project impacted lives. The evaluators recounted one story in particular: "A man from the village of Titarpur was working in a brick kiln with his family and several others. They were not being paid for their work and were owed back wages. When he received a call/message, a contractor noticed and snatched the phone. The contactor was angry about what he heard and called back demanding to know who was calling. The MSEMVS team member explained who he was and some basic legal information about the rights of workers specifically with regards to pay. As a result the workers were given the full pay they deserved."

Stories like these provide a great sense of hope. They demonstrate that basic outreach can have an incredible impact. In particular, this innovative project sparked conversation, inspired action and provided slavery victims with a chance of escaping their dire circumstances. Given its success, the hope now is that this model can be replicated elsewhere.

Free the Slaves thanks 2016 Summer Intern Malika Mehta from the Harvard Kennedy School for authoring this post, and to the team at our partner MSEMVS for the accompanying photos. Learn more about our work in India on our India webpage.