It's safe to say that most U.S. drivers are probably interested in reducing their auto insurance bill, and a new study finds that one of the easiest and most substantial ways to do that is by increasing the policy's deductible.

The Quadrant Information Services study, commissioned by insuranceQuotes, examined the average economic impact of increasing an auto insurance deductible (i.e. how much you pay out of pocket for a claim before your insurance coverage kicks in). Using a hypothetical married and employed 45-year-old female driver with good credit and a clean driving record, the study looked at how much an annual U.S. auto insurance premium can decrease -- on average -- after increasing the deductible.

According to the National Association of Insurance Commissioners (NAIC), the average annual auto insurance premium is $841, and the study examined two different percentage increases and their respective savings (on average):

But despite the lure of these savings, a higher auto insurance deductible isn't for everyone.

"Increasing your deductible as a way to save money only makes sense if you can afford the out-of-pocket money you'll need should you have to file a claim," says Kevin Lynch, associate professor of insurance for American University. "If you don't, it makes no sense to save $100 a year to only then get stuck with a $500 repair bill you can't afford."

Why does your auto deductible make a difference?

When you set an auto insurance deductible you are telling the insurance company that you're wiling (and able) to pay for a certain percentage of the vehicle repair costs if you ever file a claim. For example, if you have a $1,000 deductible and hit a deer that causes $2,000 in damages to your vehicle, you're on the hook for half of the repair costs while your insurer pays for the rest.

CHECK OUT: How to Save by Bundling Insurance 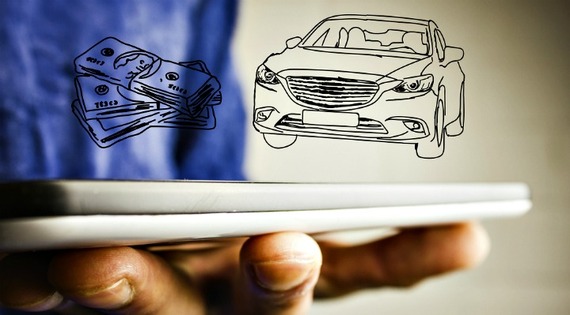 "A higher deductible is a signal to the insurance company that you are less likely to file claims because you are agreeing to a higher threshold for doing so," says David Reiss, law professor and research director at Brooklyn Law School's Center for Urban Business Entrepreneurship. "And the less likely you are to make a claim, the lower your premium is going to be."

In other words, insurance companies assume someone who has a $500 deductible is more likely to file a claim than someone with a $2,000 deductible.

"Insurance companies don't make money when they are paying out a lot of small claims at $500 or $1,000," says Jonathan Stein, a California-based consumer law attorney who specializes in insurance. "So increased deductibles mean a decrease in the number of claims, and the insurance company saves more money." 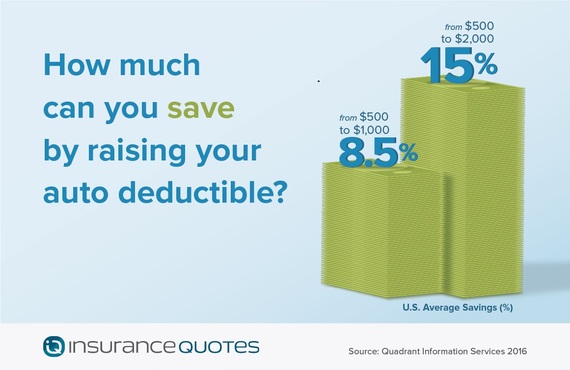 How much will you save by raising your auto deductible?

According to the study, how much money you will save with a higher deductible depends largely on the state you call home.

For instance, Massachusetts drivers save, on average, 17 percent when increasing a deductible from $500 to $1,000 -- the most significant difference in the country. Meanwhile, the same deductible increase in Michigan only results in 4 percent annual savings -- the lowest in the country.

For those looking to raise their deductible from $500 to $2,000, South Dakota drivers benefit the most, with a 29 percent average savings. Meanwhile, the same deductible increase in North Carolina only results in an average annual premium discount of 6 percent.

It's also important to note that average percentage savings don't necessarily mean the most money saved. For instance, when it comes to actual dollar savings, Massachusetts drivers benefit the most with either deductible scenario, saving $174 and $245 respectively. Meanwhile, South Dakota drivers save $88 and $167 respectively (but they also pay less, on average, for auto insurance than derivers in Massachusetts).

"If there's no significant savings to be had in your state, it doesn't make sense to increase your deductible," Stein says. "But if you can save the increased deductible amount -- $500 for example -- in less than five years, then it makes sense, especially if you don't plan on moving." 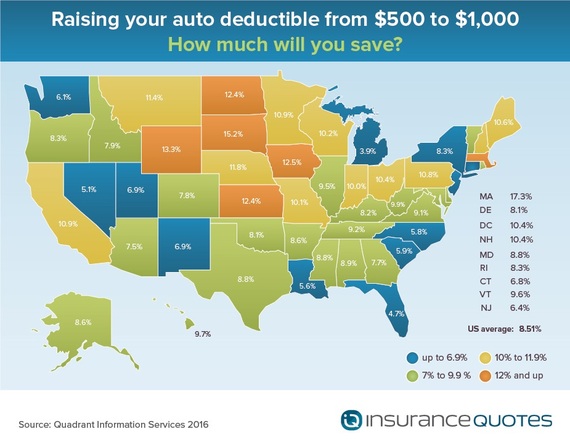 Should you increase your auto insurance deductible?

Here are a few important questions to consider before boosting your deductible to save some extra cash:

1. Do you have enough saved to pay for auto repairs? Financial planner and consultant Ryan Frailich says this should be the first question you ask when thinking about your auto insurance deductible.

"If you've built up a six-month reserve of emergency spending, it's a great idea for you to raise your deductible. Odds are you'll not need to use it, and you'll put some cash back in your pocket," Frailich says. "On the other hand, if you're living paycheck to paycheck, it's a big risk to raise the deductible."

CHECK OUT: How Low Mileage Drivers Your Insurance Premiums Down

Sure, Frailich says, it would give you a bit more money each month, but you're also opening yourself up to a financial emergency if you ever need to make a claim on your insurance and have to suddenly come up with $2,000.

"If a car accident would lead to you having to put your entire deductible on a credit card, I'd recommend keeping the deductible low," Frailich says. 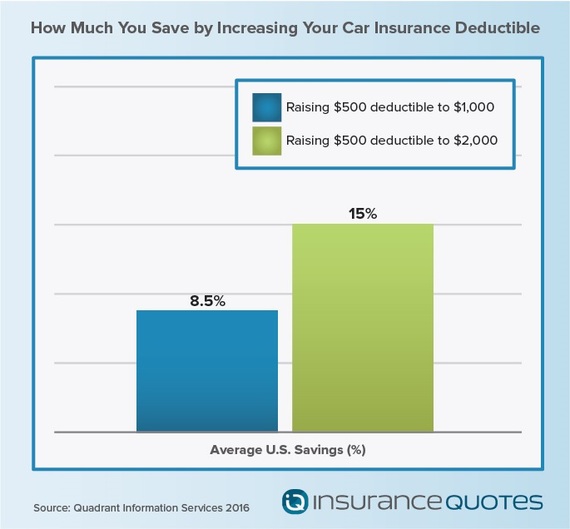 2. Have you done the math? Stein says drivers should contact their insurance agent or broker to find out precisely how much money they will save with a higher deductible.

"You need to know if the savings are substantial enough to make the change," he says.

"Drivers need to do this math to figure out if the savings are worth the increased burden of a higher deductible," Stein says.

3. What will you do with the money you save? If raising your deductible puts more money back in your pocket, Lynch suggests making a plan for that extra cash rather than letting it get absorbed into the nebulousness of your bank account.

"If you're saving $150 a year with a higher deductible, make a plan to put that money away," Lynch says. "Over time it adds up, and then you can tap into it should you ever need to fork over money after an accident."

4. What are your risks? Frailich says drivers need to think long and hard about the various risk factors associated with their driving habits, driving record and where they live. In other words, how likely are you to use the insurance you've purchased? To make the point Frailich shares a personal story:

"My wife and I each fully paid off our cars 16 months ago. It felt great. Then mine got totaled by a reckless driver while it was parked, and hers was stolen -- all in an eight-month span," he recalls. "We live in a city where these events are all too common, and a large majority of our friends and family here have had to use their car insurance to replace cars. Though we have enough savings to cover a higher deductible, we've decided to keep our deductibles at $1,000. It may not be the mathematically correct answer, but for us it feels right based on our experiences."