Dr. Bill Chameides is the dean of Duke University's Nicholas School of the Environment and a member of the National Academy of Sciences. He blogs regularly at theGreenGrok.com.

They used to say that "coal is king." Today maybe it's "'clean coal' is king." But is there enough in the ground for coal to keep its crown?

The accepted wisdom among energy wonks is that oodles of coal remain to be mined and burned. How much is oodles? Consider two points:

Combine the second point above with the low cost of generating electricity from coal and it's easy to understand why many proclaim that "coal is king." 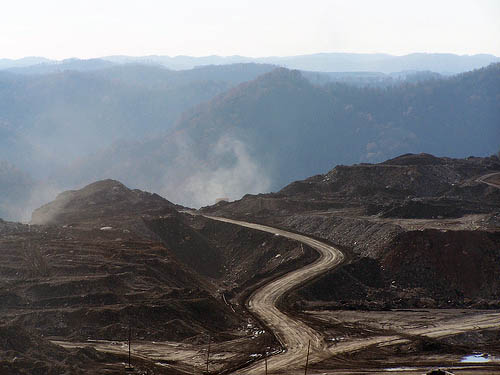 But if you are concerned about climate, coal's crown in the energy sector is tarnished, to put it mildly. Burning all that coal would put an unconscionable amount of CO2 into the atmosphere and that could spell major trouble for the climate and ocean acidification.

That's why many argue that so-called clean coal technology with carbon capture and storage (CCS) must be pushed as hard and as rapidly as possible. The new stimulus package placed $3.4 billion into CCS development. Duke Power certainly seems convinced, given its investment in what the New York Times says could be "the first environment-friendly coal-fired power plant in the nation." (Of course with all the environmental problems associated with coal, including mining impacts and the fate of coal waste, one has to wonder if the term "clean" can be associated with any technology that uses the stuff.)

But How Much Coal Is There, Really?

But what if the amount of coal left to be mined is not nearly as plentiful as has been estimated? That was the subject of a recent article in Science's News Focus by Richard Kerr (subscription required to  access full article).

Traditional estimates of coal's total remaining reserves have been obtained from an extrapolation of known reserves and sundry geologic surveys. But there is another method, a statistical method, which was developed by M. King Hubbert. Using statistics, he (accurately) predicted in the 1950s that U.S. oil production would peak in the 1970s. (Similar analyses predict that global oil production will peak in the next decade. See my post on peak oil.)

The Hubbert method simply assumes that fuel production follows a bell-shaped curve: first there's a ramp-up period, then a peak or plateau, and finally a ramp down. In this methodology, the total amount of production and the timing of the peak in production are estimated on the basis of the evolution of the production rate in the past. Scientists refer to this, often in a disparaging way, as "curve fitting." But curve fitting or not, if it works, you gotta pay attention.

Kerr reports that the application of the Hubbert method to coal suggests that the ultimate amount of coal that can be mined could be much smaller (reportedly by a factor of four in one analysis) than estimates derived from more conventional geologic methods. Initial calculations [pdf] by David Rutledge of the California Institute of Technology show that world peak coal production could occur as early as 2019 -- that's only 10 years from now in case you are mathematically challenged.

If it's correct, it's good news from a climate point of view, but from an energy-security point of view, not so much. Coal plays a major role in most scenarios for how the United States and the world will meet its future energy demands. This role for coal holds even for many of the scenarios that map out our energy future while also curtailing greenhouse gas emissions; such plans foresee the use of "clean coal" technology with CCS. And so billions of dollars are being spent on developing this technology.

Here's the catch: If these new, unconventional estimates of our recoverable reserves of coal turn out to be correct, then the mad rush for "clean coal" could turn out to be much ado about not all that much.