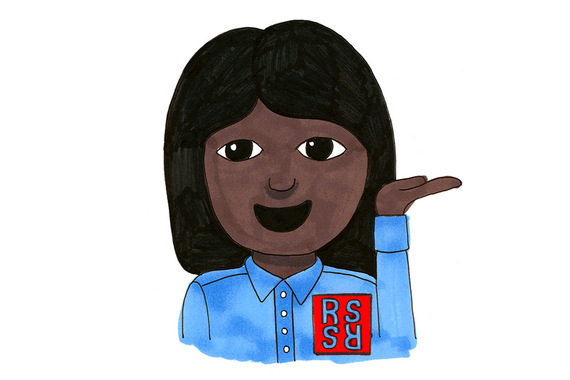 Opening Ceremony is pleased to present columnist Alexis Wilkinson's after-hours thoughts. And you know she has thoughts: the former terror of The Harvard Lampoon and current staff writer for HBO's Veep, Alexis--with her candor and wit--is our girl crush. Here, "Late-Ish With Alexis" muses on the way multi-racial emojis are changing the way we LOL.

Back in April, Apple released the iOs 8.3 update for its devices which finally included a feature users had been suggesting for years: emojis with a variety of skin tones instead of just white. By all accounts, the response was tremendous. From Buzzfeed to Business Insider, outlets reported people happily de-whitening their emoji lives. When I first downloaded the update, my most recently used emojis became a great display of brown hands doing various things instead of the default white hands. "Yes," I whispered into my display screen, "I am represented. I can finally be as black in this medium as I am in all other mediums. How glorious." No longer would people of color have to express themselves with emojis the color of a toilet seat. There was a sense of pride in the fact that Apple thought we were important enough to specifically acknowledge. Not only that, there were also same-sex couples! It was a technicolor dream come true.

But this update didn't just come with benefits to minority racial groups and queer people. It effectively adds a new potentially offensive overtone to every single text! Read the full story on the Opening Ceremony website.